Alternative comedy hero Tony Law is on his way to Teesdale for the 2015 Barnard Castle Comedy Festival. Teesdale comedy fans will get to see the Canadian stand-up's brand new show first when he performs at The Witham in Barnard Castle on Saturday 18 July.
His show, dubbed Nonsense In Progress, takes place at 3pm, with live comedy running throughout the day in the venue's main hall.
Festival Director Peter Dixon said: "I saw Tony at last summer's Edinburgh Festival and was blown away.  His charismatic performance electrifies a room and we're sure he'll be a big hit at our first ever comedy festival in Barnard Castle."
One of the best and most exciting live comics performing in the UK today, Law's cheerfully absurd humour has endeared him to both live and TV audiences around the world. 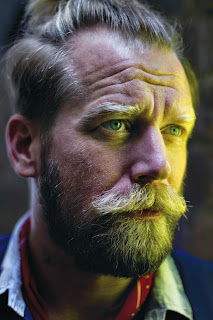