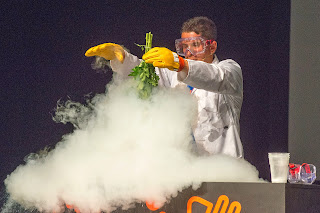 This is not your ordinary science show – it comes jam packed with fun, laughter and plenty of amazing science and history which includes a fully operational hovercraft, massive cannons with lots of bangs, a push bike that makes the best smoothie ever and look out for Darth Vader playing with plasma!
Investigating the inventors and engineers who have shaped the modern world we live in, the audience experience everything from liquid nitrogen flowers to hydrogen bottle rockets, Buzz Aldrin to Virgin Galactic, cat food tins to hovercraft and methane to the invention of the battery. Expect loud explosions and more! 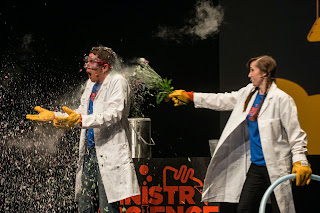 Ministry of Science Live is a fully engaging interactive experience that explores energy and engineering using brilliantly designed demonstrations and historical references as a narrative. Combining stimulating live entertainment with the world of education the show’s primary aim is to inspire and educate young people through the medium of live theatre.
Ministry of Science Live was launched at Northern Ireland’s CultureTech festival in 2014 where it played to critical acclaim to over 7,500 people in a week. Since then the show has been to the United Arab Emirates before arriving back in the UK for 60 date national theatre tour. Produced by Mark Thompson with creative credits including Writer and Director of Brainiac Live, which made its West End debut in 2013, and national tours of Science Museum Live, Guinness World Records OA Science Live, Science Museum Live – The Highlights Show and BBC Hidden World Live!
On The Web:
Website: http://ministryofscience.org/
Twitter: https://twitter.com/MinistryScience
Facebook: www.facebook.com/MinistryScience
Tickets: 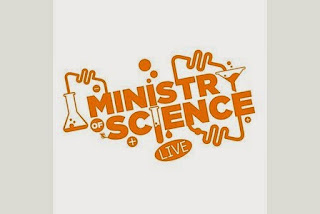 Ministry of Science Live is at Darlington Civic Theatre on Saturday 6 June. Tickets are £14.50 for adults and £12.50 for children.
To book contact the Box Office on 01325 486 555 or visit www.darlingtoncivic.co.uk 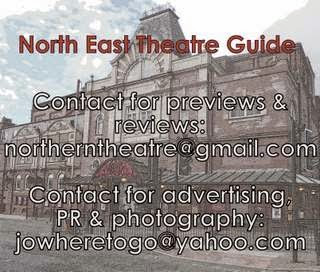