Preview: The Spamalot at Sunderland Empire


WHAT A BARGAIN!
TWO JOES FOR THE PRICE OF ONE!
The Spamalot UK Tour 2015
Sunderland Empire
Monday 18th– Saturday 23rd May 2015 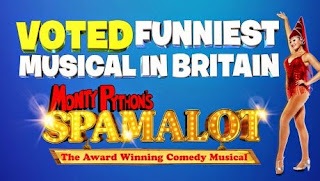 Having travelled the length and breadth of the country since January in search of The Holy Grail, Joe Pasquale now continues his hilarious quest at theatres across the land with the help of his actor son Joe Tracini (handy that he's also called Joe, so that probably helps cut down on sign writing costs at least).
As one of the most talented coconut bangers this country is likely to ever see, Joe Tracini takes over manservant duties in the role of Patsy from 11th May when the Spamalot 2015 UK tour arrives in Liverpool. Joe is thrilled to join his father Joe on stage in the hugely popular comedy jaunt, which is (loosely) based on the classic film, Monty Python And The Holy Grail.
Joe Tracini says: "When I was little, I had three dreams for when I grew up to be in a musical, to work with my Dad, and to bang two halves of a coconut together on a nightly basis. Playing Patsy in Spamalot is making all of them come true at once. I'm honoured that I'm being trusted with the part, to sing the classic song 'Always Look On The Bright Side Of Life,' and to be joining such a brilliant company. Come and see us please, it's funnier if you're there."
Best known for his roles as Dennis Savage in Channel 4's Hollyoaks and as DK in BBCThree's Coming of Age, Joe Tracini studied at the world-famous Italia Conti Academy of Arts in London before landing his first role in My Spy Family on Cartoon Network's sister channel, Boomerang.  He was nominated for three Inside Soap Awards and a British Soap Award during his time in Hollyoaks.  He's also appeared in BBC Three's Two Pints Of Lager And A Packet Of Crisps. As well as acting, Joe Tracini is an accomplished magician, having won the title 'British Junior Magical Champion' in 2003 and went on to become a member of The Magic Circle. Spamalot tells the legendary tale of King Arthur and the Knights of the Round Table and features a bevy (or possibly a brace) of beautiful show girls, witch burnings (cancelled due to health and safety) not to mention cows, killer rabbits and French people. The show features fantastic tunes more magical than a Camelot convention, including He Is Not Dead Yet, Knights of the Round Table, Find Your Grail and of course the Nation's Favourite Comedy Song (Reader's Digest Poll 2010 - before it went bust, closed down and then came back again), Always Look On The Bright Side Of Life.
The latest tour, directed by Christopher Luscombe, follows hot on the heels of the can't-believe-how-successful-it-was-with-the-first-show-selling-out-in-40-seconds Monty Python Reunion at The O2 and Eric Idle's acclaimed performance of 'Always Look On The Bright Side of Life' at the 2012 Olympic Closing Ceremony - the world sang along, and Spamalot audiences get the opportunity to do so too! During the West End run, there were 21 onstage moustache incidents, three suspected cases of swine flu (French pigs!), three outbreak of nits and 92 pairs of coconuts used. 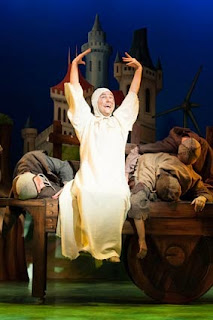 'Spamalot proves that the British sense of humour is alive and well. In the depressing darkness of January, this show is a beacon of light.' 5 stars Tim Walker, The Sunday Telegraph
"Just give way to your inner child and laugh a lot!" - The Times
"Spamalot is really great. If you haven't seen it, go, GO" - Chris Tarrant, BBC Radio 2 Produced by Howard Panter for The Ambassador Theatre Group
Read our original preview here:
On The Web:
Website: http://spamalotontour.co.uk/
Twitter: https://twitter.com/spamalotontour
Facebook: www.facebook.com/spamalotmusical
Tickets:
Tickets available in person at the Box Office,  by calling 0844 871 3022* or booking online at http://www.ATGtickets.com/Sunderland * plus a transaction fee applies.
Listings Information 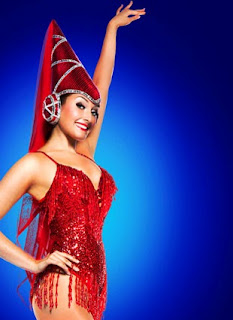