News: Stage and Screen Stars Awarded At The Customs House


Stage and Screen Stars Awarded
At The Customs House
Induction Ceremony
South Shields Customs House
Sunday 31st May 2015.
A veteran star of the stage and screen and an internationally renowned opera singer will be honoured in a special event this month.
The Customs House in South Shields will be inducting actor John Woodvine and opera singer Anne-Marie Owens into its Academy on Sunday May 31. The event will see the pair tell all about their lives in the spotlight and will raise funds for The Customs House Trust.
Executive Director of The Customs House Ray Spencer, MBE, said: “We are delighted to honour these two stars who, having grown up in South Tyneside and gone on to receive international acclaim in their respective careers, have returned to help raise funds for The Customs House.”
Originally hailing from Tyne Dock, John Woodvine made his name starring in classic TV shows Z Cars and The Bill, before going on to star in the legendary films: An American Werewolf in London and Close the Coalhouse Door. More recently, he has been playing Nana’s luckless boyfriend Arthur in BBC hit TV series Hebburn.
Anne-Marie Owens is a South Shields native who has become a world famous mezzo-soprano. She has toured nationally and internationally, making her debut at Mistress Quickly for Glyndebourne Touring Opera’s Falstaff, as well as performing with the English National Opera, Opera National de Paris, Opera Australia, and at the Hong Kong Festival and Saito Kinen Festival in Japan.
They will be inducted into The Customs House Academy, which was created so that people from South Tyneside who have made significant contributions to the arts could be recognised for their work. Current Fellows include X-Factor winner Joe McElderry, as well as comedians Sarah Millican, Jason Cook and Chris Ramsey. The money raised from the event will go to The Customs House Trust, which provides art and cultural activities for the people of South Tyneside.
Ray added: “We’re thrilled to add John Woodvine and Anne-Marie Owens to a growing list of Fellows of The Customs House.” 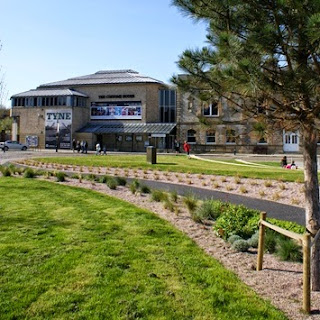 The induction ceremony will take place at 6pm on Sunday 31 May at The Customs House. The audience will be treated to a three course meal in the Dalton’s Suite and then witness the induction of John and Anne-Marie into The Academy. To finish off the evening, John and Anne-Marie will entertain the audience with tales of their life and careers.
Tickets:
Tickets are £39 with a groups booking discount available. All proceeds go to The Customs House Trust. For bookings contact Helen Dobson on 0191 427 3741 or helen@customshouse.co.uk. 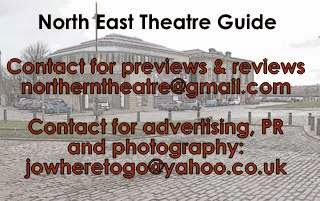