Preview: The Art Of Not Getting Lost at Arc & Northern Stage


Brand New Play Tackles
The Stigma Of Mental Health
The Art Of Not Getting Lost
ARC, Stockton: Wednesday 20 May
Northern Stage, Newcastle:Thursday 25 June 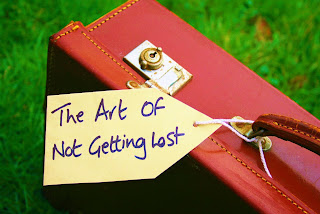 A brand new play tackling the stigma of mental health is set to be performed for the first time at both Stockton’s ARC and Northern Stage in Newcastle over the next few weeks. Written and directed by Saltburn based Vici Wreford-Sinnott, The Art of Not Getting Lostfollows the story of two characters who have made their home in the hidden tunnels of London’s Bakerloo Station.

Creating their own fictional Lost Property Centre to help them retrace their lives, are they hiding themselves or are they actually being hidden from public view? Vici said: “One in four of us will experience mental health distress at some point in our lives. It does not define who we are, but there remain many negative and stereotypical perceptions. It affects all of us in some way, and if we do not talk about it, it will remain hidden, shameful and stigmatised.”

Vici, originally from Durham, has carved a career in ground breaking theatre, said: “The play is an exploration of friendship, truth and lies, and what happens to people when they are under pressure of stigma. Do they hide, do they look the other way, or do they stand up and be counted?  I’ve taken some of my own experiences and my two characters – Everyoneand No-One – have allowed me to tell the stories of mental health past and present, and to look at how we have arrived at our ideas of what is and isn’t ‘normal.’ The play looks at two aspects of mental health. We have the personal experiences of someone undergoing mental health problems, and how that affects them and the people around them. And there’s the wider issue of the continued stigmatisation both throughout history and right up to the here and now of people experiencing mental health problems.”
Tickets:
The Art Of Not Getting Lost by Vici Wreford-Sinnott. The show has been supported with funding from Arts Council England, and produced in association with ARC Stockton & Zinc Arts, Essex and is performed by Ree Collins and Eleanor Crawford.