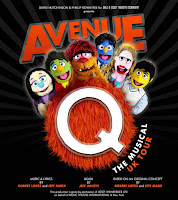 Cross Sesame Street with the Muppet Show, give it a 14+ age rating and clap on a government health warning that too much laughter can make your sides ache and you’ve got Avenue Q. 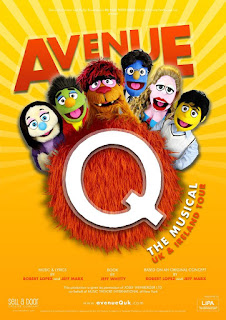 The countdown has begun! With just over a week to go until award winning musical Avenue Q hits Darlington Civic Theatre, the venue is preparing to host the most unholy comic allegiance between humans and puppets the world has ever seen. Following massive success all over the globe and nearly five years of mischief, bad behaviour and political incorrectness in the West End, Avenue Q finally arrives in Darlington from Tuesday 9 to Saturday 13 June as part of its current national tour. 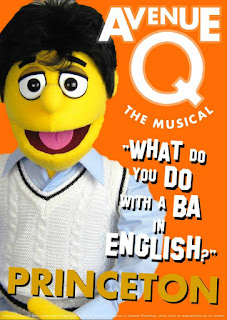 Avenue Q is a musical about the lively and off-the-wall characters on a downtown New York street trying to make sense of life’s burning issues: love, work, relationships, and, above all, just how are you supposed to pay the bills with a BA in English? Hilarious and uproariously entertaining with songs performed by a cast of hugely talented performers and puppets, Avenue Q is a musical like no other. 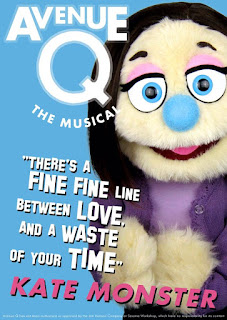 Avenue Q follows Princeton, a bright-eyed college graduate new to the area, as he desperately tries to follow his dreams and discover his ever-elusive purpose in life. A tiny bank balance, the distraction of a busty blonde, and a variety of weird and wonderful friends and neighbours lead Princeton on a story of self-discovery.
The show has enjoyed enormous success, both on Broadway and in London, proving to be the perfect, contemporary musical. Witty, rude and extremely funny, Avenue Q ingeniously combines a cast of humans and puppets who tackle subjects such as dating, racism, being gay and finding your purpose in life. 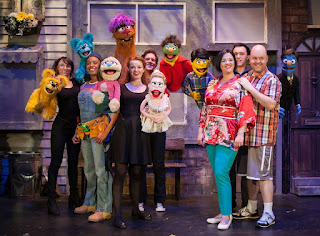 Tickets:
Avenue Q is at Darlington Civic Theatre from Tuesday 9 to Saturday 13 June. Tickets* are priced £19 to £30.50
To book contact the Box Office on 01325 486 555 or visit www.darlingtoncivic.co.uk
*All ticket prices include a £1 restoration levy.
Age recommendation 14+
Posted by North East Theatre Guide at 12:07