Preview: Welcome To the Carnevil at Whitley Bay Playhouse 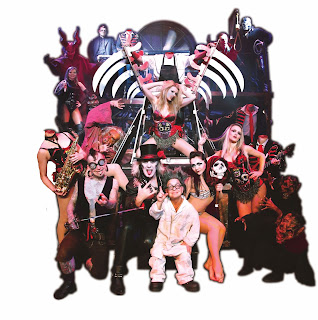 The Playhouse are thrilled to announce, the show that stormed into the finals of Britain's Got Talent and now a West End smash, is returning to Whitley Bay to mark its 21st Anniversary in spectacular style, this November!

The Circus of Horrors started it’s gruesome begging's at the 1995 Glastonbury Festival and became an instant hit, touring all over the world from Chile to Chatham, Argentina to Aberdeen and Japan to Jersey, including festival appearances with Alice Cooper, Eminem, Oasis, Iron Maiden, and many more.

The latest incarnation ‘Welcome to the Carnevil’ is set in Victorian London in 1899. 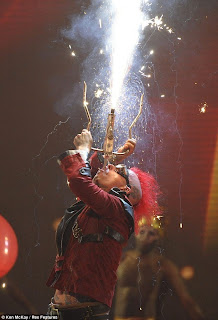 Jack the Ripper is still at large and it’s the age of the Freakshow; a young girl dreams of running away to join the Circus, only to see her dream become a nightmare in a decrepit and corpse ridden Carnevil. The Carnevil is plagued by a swamp of killer clowns, sword swallowers, demon dwarfs, death deifying aerialists, a Guiness world record holding Hairculian diva, swinging solely from her hair, back flipping and fire limboing acrobats and lots lots more. This is a show ruled by the undead that climaxes in an awesome flaming apocalypse! The story twists and turns with grisly murders and sensational shocks, all interwoven with some of the greatest and most bizarre circus acts on earth.

The Circus of Horrors is performed by an almighty cast with a forked tongue firmly in each cheek. Don’t miss the devil driven rock n’ roll of Dr Haze & The Interceptors from Hell.

‘Fantastic, that’s what I call entertainment’. David Hasselhoff.
Tickets
Tickets are on sale now, priced from £18. Early ‘Bat’ offer, £3 off tickets until 23rd October. They are available from the Box Office open Monday – Friday 10am – 4pm, Saturday 10.30am -2.30pm plus until show start on event days. Tickets can also be purchased on the booking hotline 0844 248 1588 or online at www.playhousewhitleybay.co.uk.
Posted by North East Theatre Guide at 11:53