Matthew Bourne’s Return To Newcastle’s Theatre Royal
A return to our Theatre Blog... Victoria Ling, from 137 Imaging (www.facebook.com/137imaging)  is guest reviewer:
The Car Man
Newcastle Theatre Royal
until Saturday 9 May 2015. 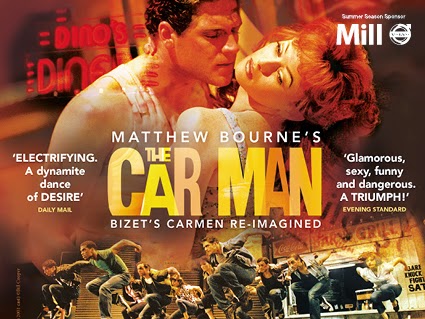 Most of us know of the Opera Carmen, a woman who seduces many men in her path.  It is a tale of love and lust and Matthew Bourne’s production is no different except we are led through the story with pure dance…and it was my first time seeing a full on dance performance.  On hearing the rave reviews of The Car Man I had to see what the fuss was about.

It is best to arrive for the show and be in your seat early. Although lights were due to come down at 2pm for this matinee I took my seat 20mins prior and there was already movement on the stage. Enough to get you intrigued to what was to come. 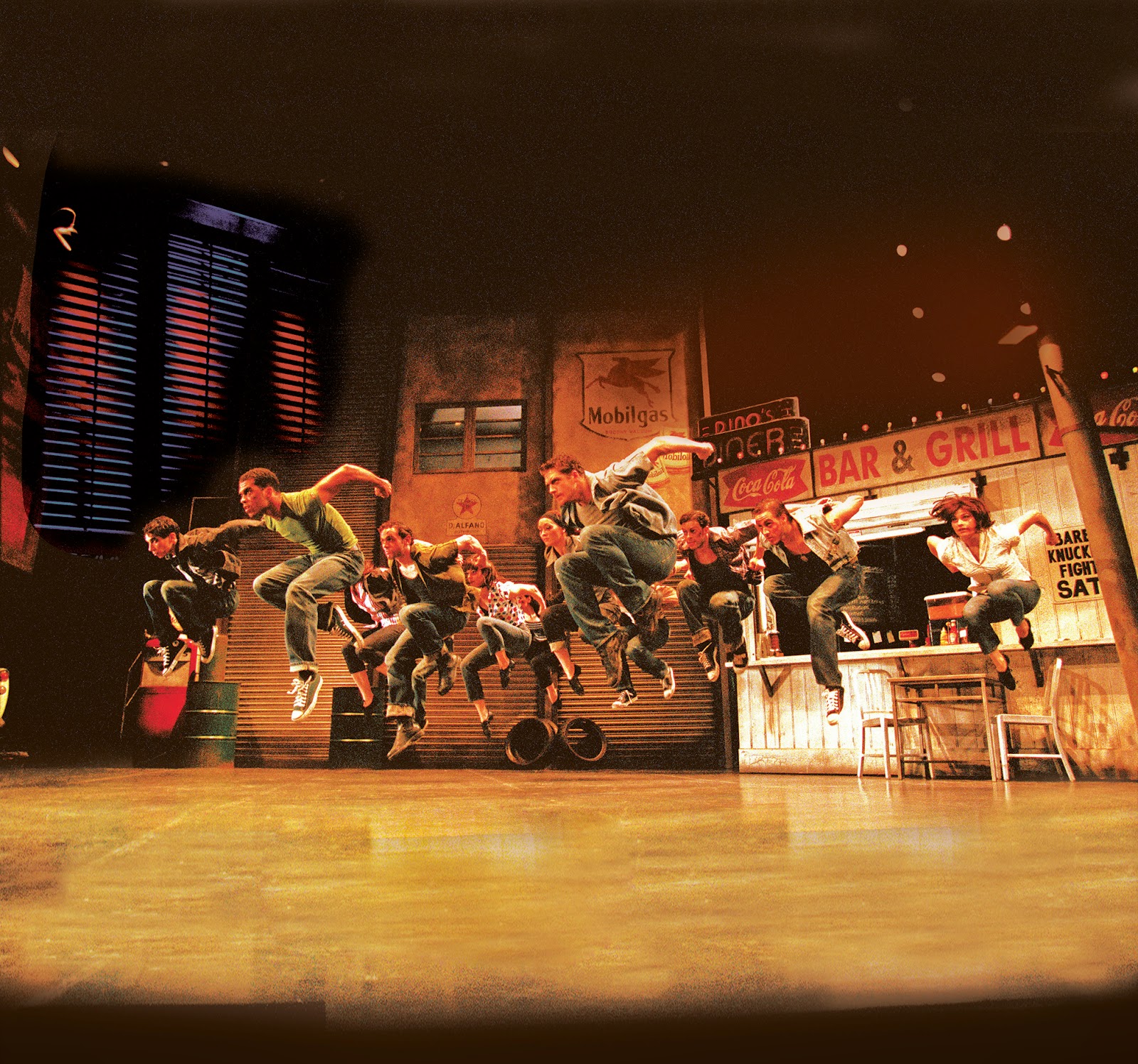 So, this is The Car Man.  A clever play on words. We are taken to a setting of a garage and a café. Men sweating and ripped and the women ogling them.  From the start we are literally in the heat of the action. Sex is oozing from every dancer. You can feel the passion from your seat. The ensemble is seducing you! And not only through the dancing. Two words: shower scene.

In Bourne’s production we see drifter Luca (Chris Trenfeld) get a job at Dino’s garage (Dino is played by Jonny Ollivier) who is then seduced by his wife Lana (Zizi Strallen).  The other story is of Angelo (Dominic North) who forms a relationship with Lana’s sister Rita (Katy Lowenhoff).

The main focus is of Luca and Lana but what I found most gripping was the story of Angelo.  He is the outcast and is harassed by the other mechanics. He is the hired helper and is not ‘one of the boys’. But he does get the attention of Rita and we see a shy-dance between the two as things hot up between Luca and Lana. There’s something about ‘hot weather’.  It makes you do crazy things. Crazy enough for Luca to also get Angelo under his…bonnet!

In most cases adultery does catch up and consequences are to be had.  There is no difference here. The choreography is so powerful especially with what unfolds in Act II for Angelo.  I felt the emotion, especially the pain, in his dance. And with history catching up on Luca you were also feeling his nightmares. 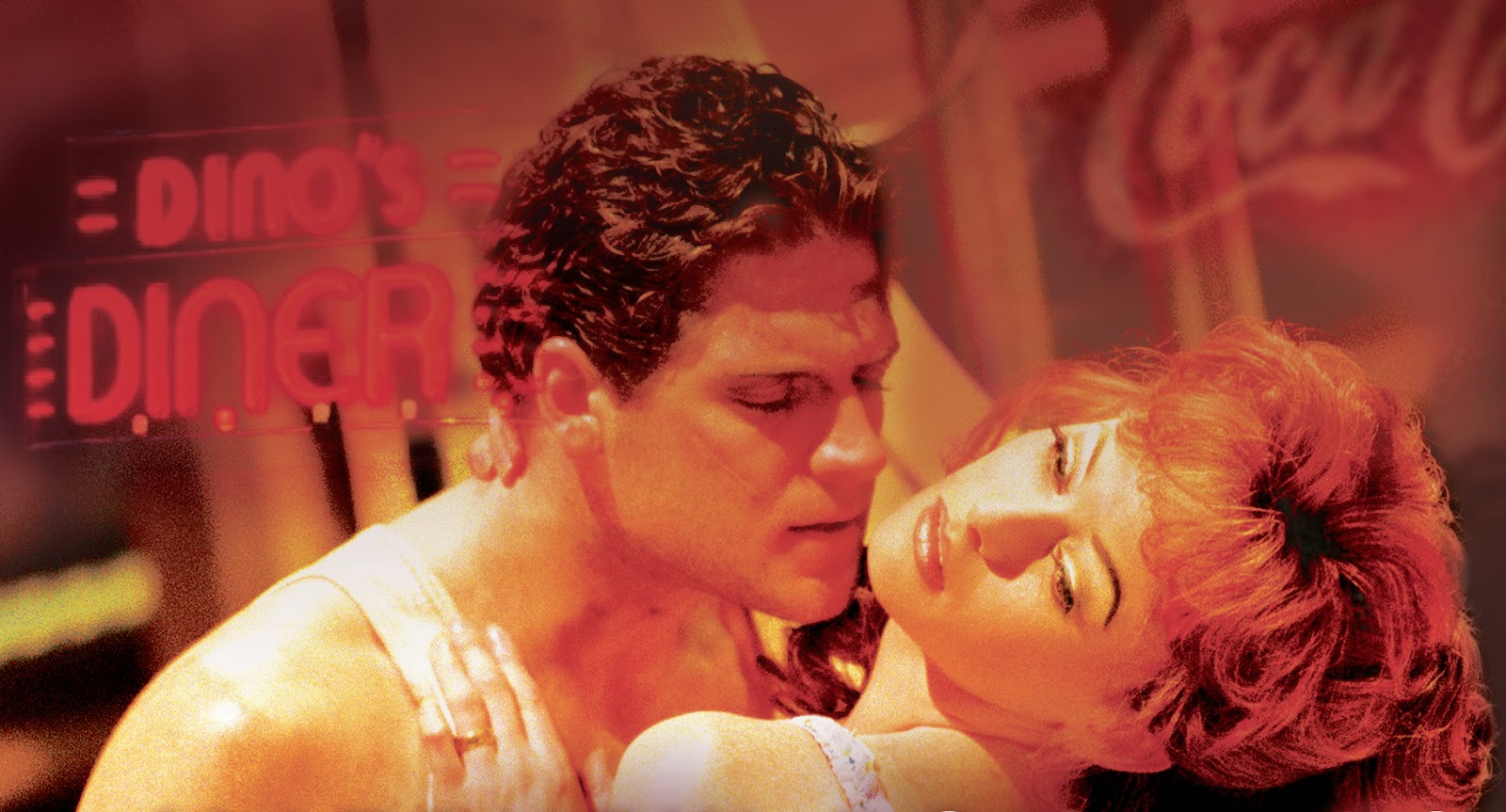 I have always wanted to watch a ballet.  It was a bit different to what I pictured for my first one. There was so much blood and so much seduction.  Bourne’s production is ripped raw with emotion and the added music from Terry Davies, including a nod to the famous piece, gives Carman a whole different lease of life. Thank you Bourne and the cast of The Car Man for the hot performance that will take me a while to cool down from.
Read the original Jowheretogo preview here
Tickets:
The Car Man is at Newcastle Theatre Royal from Tue 28 April until Saturday 9 May 2015.
Tickets are available from £15.00 (Prices subject to change, a booking fee of 95p - £1.95 will apply to most tickets) and can be purchased from the Theatre Royal Box Office on 08448 11 21 21 or select your own seat and book online at www.theatreroyal.co.uk
This review was written by Victoria Ling  for Jowheretogo PR (www.jowheretogo.com). Follow Victoria on twitter @LilVik or follow her photography on Facebook (www.facebook.com/137imaging)
Posted by North East Theatre Guide at 07:48