Review: Creative Networking Night held by Tyne Music Ltd at The Mining Institute 29/9/17
Dennis Westgate has written 10 musicals. He only started doing this when he retired and now on his 81st birthday he is launching Tyne Music Ltd to get those musicals on stage. The networking event had the aim of showcasing some of Dennis’s music and a short video adaptation of his railway station musical Platform 9. 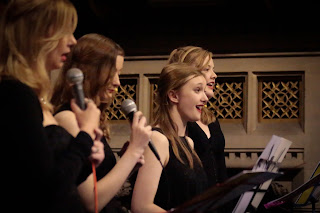 Dawn Furness was our hostess for the evening and gave us introductions and backgrounds for each song. Accompanied by Dennis on piano in the beautiful surroundings of the Miners’ Institute Library were four talented young singers and musical actresses who have been rehearsing at the Tyne Music studio in Bamburgh House. 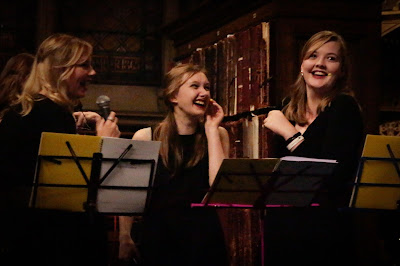 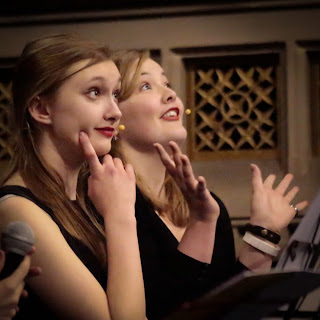 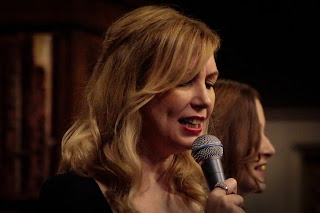 Angela Evans, Amber Jessop, Bethany Hall and Imogen Evans performed a number of songs from Platform Nine in part one of the show and songs from Broken Doll and Dennis’s latest musical, Closed Circuit in the second half. The singers carried off harmonies, solos and characterisations for the songs that show great promise for their futures on stage.
In the interval while people chatted over wine, we were treated to some cover versions by the creative director of Tyne Music, Lee Symons. Lee is definitely worth seeing live if you get the opportunity. 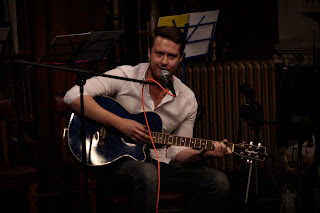 The video, entitled Platform 2 (to avoid any Harry Potter confusion) was directed by Kim Tate and was filmed in one day at the Stephenson Railway museum. The musicians performed the short piece live to camera and gave an impression of how the musical can be brought to life. A lot of thought had clearly gone into giving the production a 1950s look with the costumes and props. 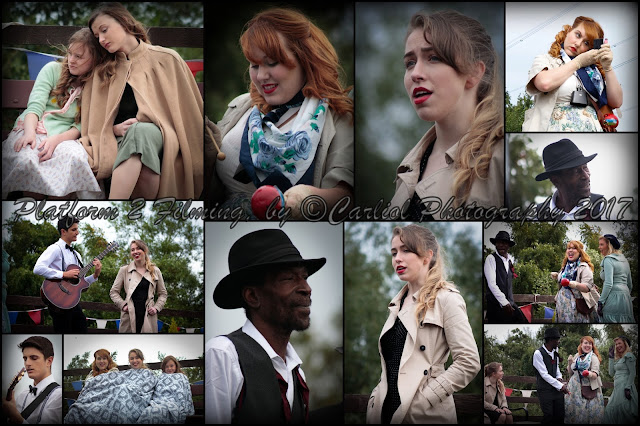 The evening was certainly a pleasant one (with a rendition of Happy Birthday to You for Dennis)and was intended as the first of many, as Tyne Music wants to collaborate with other creative companies and seeks sponsorship in the northeast. 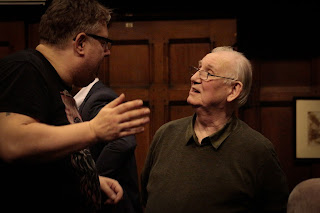 The end of the evening had a soundtrack of some of Dennis’s studio recordings of tracks from his shows, some of these are a definite surprise when you realise he’s in his 80s and some songs sound very chart-ready.

For example Bionic Love from the Musical UFO
https://soundcloud.com/tynesider/bionic-love-live-recording?in=tynesider/sets/u-f-o-a-sci-fi-musical
Definitely one to get you dancing!