MUSICAL TELLS STORY OF FAMOUS WRITER
JaneAusten the Musical
South Shields Customs House
Friday 20th October 2017
A new musical exploring the life and loves of Jane Austen is coming to The Customs House as part of a UK tour. 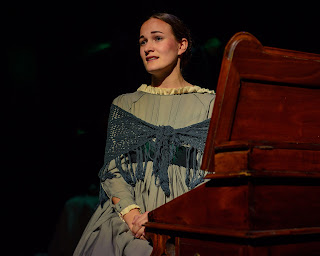 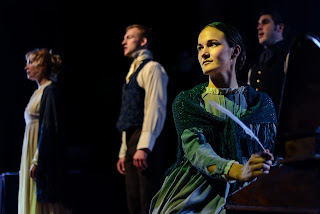 Jane Austen the Musical has played to sell-out audiences at the Edinburgh Festival Fringe, Jane Austen Festival in Bath and York New Musical Festival.
Following a small tour, it has now embarked on a full UK tour, which stops off at The Customs House on Friday, October 20, at 7.45pm. 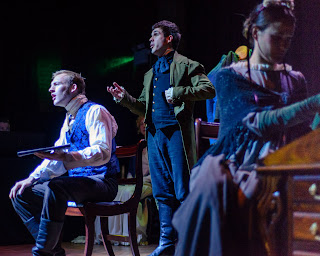 Award-winning playwright and BBC Radio 2 Golden Oldie nominee, Rob Winlow, is delighted to present the full version of his new musical adaptation to the life of Jane Austen. He said: “Austen the Musical explores her struggle to have her work published in a male-dominated environment, her failed romances and her vow to reject a woman’s conventional lifestyle in Georgian England. It tells the story of her transition from a country parson’s daughter to one of the most widely read writers in English literature, featuring stunning songs with moments of joy, despair and heart-wrenching sadness.”

Rob wrote his first musical at 16 and has been writing and performing ever since, co-founding the York New Musical Festival in 2013.
This tour will be the last chance for audiences to catch Austen the Musical before it heads Stateside for a US tour starting in August 2018. 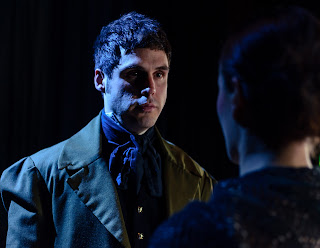 Austen was an English novelist known primarily for six major novels, including Pride and Prejudice, Sense and Sensibility and Persuasion, which commented upon the British landed gentry at the end of the 18th century. This year marks the 200thanniversary of her death, aged 41, which has been commemorated with the inclusion of her image on the new £10 note.
Tickets:
Tickets for Austen the Musical are £16, or £13 for Friends of The Customs House. Contact the box office on (0191) 454 1234 or book online at www.customshouse.co.uk
Posted by North East Theatre Guide at 18:40