Blandford Square Goes to War
2 Shows: Walter & Wilfred
Newcastle Alphabetti Theatre
Tuesday 24th - Saturday 28th October &
Wednesday 1st - Friday 3rd November 2017
Batton down the hatches!!! This October Alphabetti Theatre and The Worriers have joined forces to produce two exciting new shows inspired by a new exhibition at The Discovery Museum, which will take its audiences back in time to the Great War of 1914-1918. 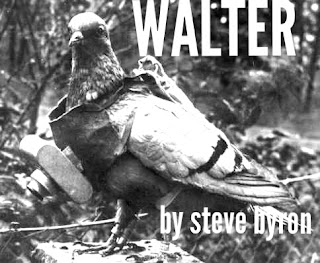 Walter by Steve Byron is a family show which tells the story of a plucky pigeon from Newcastle who finds himself on the western front. We follow his journey across the battlefields and beyond in a dark and thrilling tale of war, from an animal’s point of view. Walter is directed by Alphabetti’s very own Artistic Director, Ali Pritchard, told with imagination, shadows and songs. Samantha Phyllis Morris and Emma Crowley-Bennett perform a plethora of characters from Sir Lancelot Proud-Beak to Claude the truffle-searching pig. Suitable for ages 8 to 100. 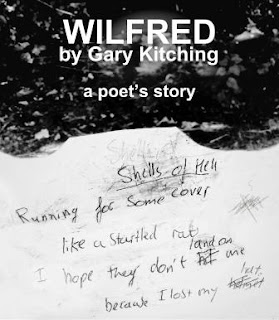 Wilfred by Gary Kitching, tells the tale of Wilfred Wright from a field hospital. Wilfred has been injured during the battle of the Somme. Whilst recovering, he tries to come to terms with the horrors he has witnessed through writing poetry. Unfortunately Wilfred’s poems are terrible. Directed by Paula Penman featuring Jack Lloyd and Megan Robson. This darkly funny and harrowing piece, written by 2016 Journal Cultural Award nominee, is suitable for ages 16 plus.
Both pieces are designed by Aileen Kelly. To be operated by David Oliver and students from Newcastle College Stage Management Course.
To add to the experience, in true Alphabetti style, ration packs for children and adults will be available to purchase from the bar during both shows, so audience members can eat, drink and be entertained.
Walter is dedicated to the memory of Robert Constantine (Steve’s great, great uncle) killed in combat at the Somme in 1916. Wilfred is dedicated to Alfred Kitching (Gary’s great grandfather) killed in combat on The Spring offensive in 1918.
Gary and Steve previously collaborated with Ali Pritchard and Alphabetti Theatre in 2016, writing and performing the critically acclaimed Bacon Knees and Sausage Fingers.
Both plays have been written to accompany Tyne and Wear Archives and Museums new exhibition, CHARGE, which opens at The Discovery Museum from 21stOctober. 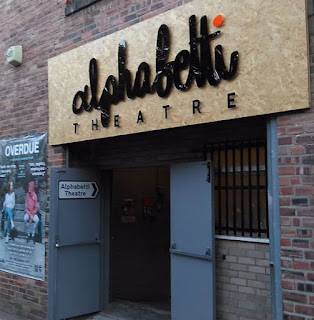