‘A thrilling piece of theatre’
The Northern Echo 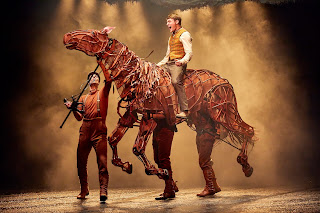 It is announced today that WAR HORSE will return to Sunderland Empire from 6 – 23 February 2019 as part of its 10th Anniversary UK Tour. War Horse previously visited the venue for a sold out three week run in 2014. 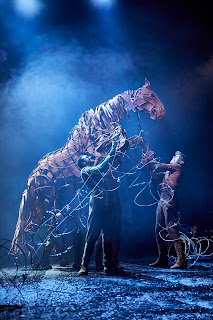 Michael Morpurgo said:  ‘After a few months rest, out at pasture, Joey, the War Horse and his great team from the National Theatre, is touring the UK again, through to 2019 and during the centenary of the end of the First World War, taking their show all over the country, to towns and cities, many of them places War Horse has not been seen before.  I am so pleased this is happening; that so many more people will have the chance to enjoy this unique theatrical event. Steady boy, steady Joey. Trot on!'
On returning to Sunderland Empire with the production, Kash Bennett, producer for National Theatre Productions said: “We’re so delighted to be bringing War Horse back to Sunderland after a few years away, as part of its 10th Anniversary Tour. After the brilliant welcome we received with the show’s last visit to the Empire, it’s fantastic to have the opportunity to introduce this beloved show to a whole new generation of theatre-goers in the North East, and for returning audiences to revisit Michael Morpurgo’s beautiful story.” 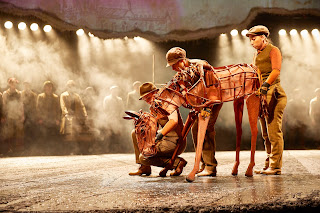 Ben Phillips, General Manager, Sunderland Empire said: “It was a great honour to host the North East debut and successful run of War Horse in 2014. We are absolutely delighted that this critically acclaimed production will grace our stage once more in 2019, giving audiences another opportunity to see this poignant and highly charged production on tour.” 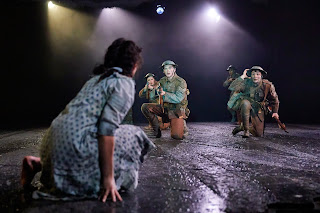 War Horse, which has been seen by over seven million people worldwide, completed its record-breaking eight year London run at the New London Theatre on 12 March 2016.  It has won 25 awards including the Tony Award for Best Play on Broadway.  Directed by Marianne Elliott and Tom Morris, Nick Stafford’sadaptation of Michael Morpurgo’s remarkable story of courage, loyalty and friendship, about a young boy called Albert and his horse Joey, is set against the backdrop of the First World War. It features ground-breaking puppetry work by South Africa’s Handspring Puppet Company, which brings breathing, galloping horses to live on stage. 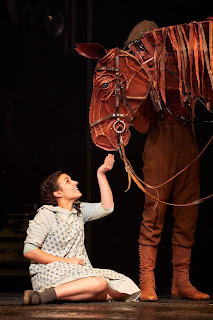 War Horse received its world premiere on 9 October 2007 at the National Theatre, where it played for two seasons before opening at the New London Theatre in March 2009.  Since then, War Horse has been seen in 97 cities in 10 countries, including productions on Broadway, in Toronto and Berlin, with touring productions in the UK and Ireland, North America, the Netherlands, Belgium and China. 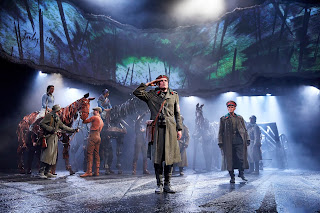 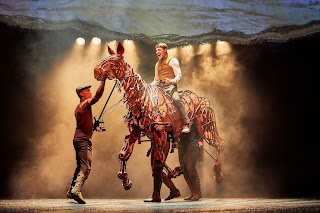 Katie Henry is the revival director and Craig Leo is the associate puppetry director.  They are joined by resident puppetry director, Matthew Forbes and resident director, Charlotte Peters.
The tour of War Horse coincides with the Centenary commemorations of the end of the First World War and follows the production’s sold-out tour of the UK and Ireland in 2013-2014.
War Horse is produced on tour by the National Theatre.
Photo credit: Brinkhoff / Mögenburg

Tickets: LINK
Tickets available from the Box Office on High Street West, via the ticket centre 0844 871 3022* or online from our affiliate ATG Tickets *calls cost up to 7p per minute plus standard network charges. Booking and transaction fees may apply to telephone and online bookings.