Preview: Crazy For you at Sunderland Empire CLAIRE SWEENEY JOINS THE CAST OF


Jamie Wilson and Gavin Kalin are delighted to announce that Claire Sweeney will take over the role of ‘Irene’ in the national tour of the Watermill Theatre’s acclaimed production of CRAZY FOR YOU. Claire joins Tom Chambers who plays ‘Bobby’ and Charlotte Wakefield who plays ‘Polly’ from the 16 January 2018 at the Marlowe Theatre, Canterbury, with a date at Sunderland Empire (24-28 April 2018). 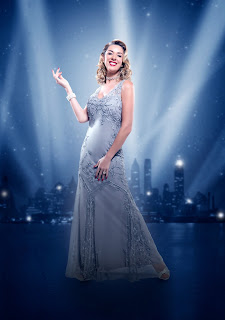 Claire Sweeney has a television and theatre career which spans over 20 years. She is probably best known for playing the role of ‘Lindsey Corkhill’ in “Brookside”.  Other television credits include “Clocking Off” and “Merseybeat” along with a presenting role on “60 Minute Makeover” and a panellist on ITV’s “Loose Women”. Claire’s West End roles include ‘Roxie Hart’ in “Chicago” and ‘Miss Adelaide” in “Guys and Dolls”. Claire previously played the title role in “Educating Rita” at London’s Menier Chocolate Factory and prior to that, played ‘Paulette’ in the UK tour of the award winning “Legally Blonde”. She most recently appeared as ‘Baroness Bomburst’ in the National Tour of “Chitty Chitty Bang Bang”. 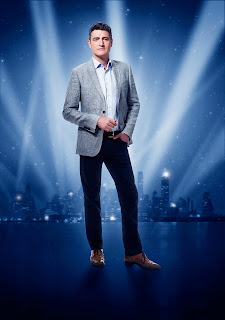 Tom Chambers created the role of Jerry Travers in the West End musical “Top Hat”, for which he was nominated for an Olivier Award for Best Actor in a Musical. In 2008 he won the 6th season of “Strictly Come Dancing”. He can currently be seen in the hit BBC drama “Casualty” and his other TV credits include “Holby City” and “Waterloo Road”. His recent stage credits include “Private Lives” and “White Christmas” in the West End.


Charlotte Wakefield made her West End debut as ‘Wendla’ in “Spring Awakening”, for which she was nominated for an Olivier Award. She played ‘Maria’ in the critically acclaimed production of “The Sound of Music” at Regent’s Park Open Air Theatre receiving nominations for Best Actress in a Musical at both the Evening Standard and Olivier Awards. Her other theatre credits include ‘Sophie’ in “Mamma Mia!” in the West End, ‘Truly Scrumptious’ in “Chitty Chitty Bang Bang” and Laurey in “Oklahoma!”, both on national tour.


High energy, high kicking and gloriously glamorous, CRAZY FOR YOU is the ultimate feel-good musical with a fabulous score from the Gershwin brothers’ songbook. Mistaken identities, plot twists, heartbreak, happiness and a wealth of memorable tunes, including I Got Rhythm, They Can’t Take That Away From Me, Nice Work If You Can Get It and Embraceable You, all feature in this exhilarating celebration of the great Broadway musicals.


CRAZY FOR YOU is directed by The Watermill’s Artistic Director, Paul Hart, with musical arrangements by Catherine Jayes (The Color Purple, Broadway). It is choreographed by Nathan M. Wright (High Society, Old Vic) and is designed by Diego Pitarch (The Addams Family). Lighting design is by Howard Hudson (In the Heights) with sound design by Tom Marshall (Legally Blonde).
CRAZY FOR YOU has Music and Lyrics by George Gershwin and Ira Gershwin, Book by Ken Ludwig, co-conception by Ken Ludwig and Mike Ockrent. It is inspired by material by Guy Bolton and John McGowan. CRAZY FOR YOU was originally produced on Broadway by Roger Horchow and Elizabeth Williams. Original Broadway Choreography by Susan Stroman.
Tickets are now on sale.

Tickets available in person at the Box Office on High Street West, from the Ticket Centre on 0844 871 3022* or online from our affiliate ATGtickets*
*Calls cost 7p per minute plus your plus your phone company's access charge. Booking and transaction fees may apply.