Preview: What Once Was Ours on tour

An immersive new show about identity and belonging
Zest Theatre and Half Moon co-production
What Once Was Ours
Tuesday 17thOctober         Hartlepool Town Hall
Wednesday 18th October    Sunderland Stages at Sunderland College
Friday 27thOctober            Juice Festival at Northern Stage, Newcastle
A part-verbatim, part-scripted immersive show about young people’s attitudes to Brexit taken from interviews with over 200 young people from two Remain and two Leave areas of Britain. 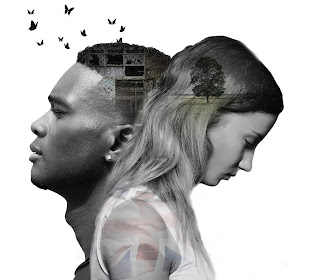 Highlighting the opinions of those too young to vote in the referendum, two of the UK’s leading companies creating work for young people have collaborated on a show based on interviews from over 200 teenagers from four areas of Britain: two that voted Leave and two that voted Remain.
Barnsley voted by 68% to leave the EU, and Boston, Lincolnshire voted to leave by 76%, the strongest leave vote in the country. Tower Hamlets voted to remain in the EU by 68%, and Newcastle by 51%. Zest Theatre also visited Gateshead, across the river from Newcastle, where the vote was 57% leave. 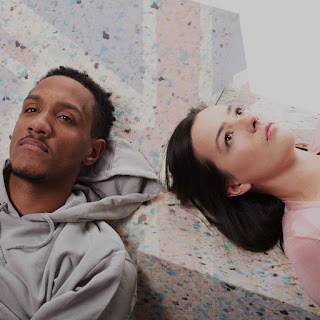 What Once Was Ours has been made in reaction to the extreme polarity of opinions and the readiness to attack those with alternate ones, and is aimed at increasing understanding and conversation between those of differing views. The show focuses on a half-brother and sister from very different backgrounds and the struggling relationship when one asks for help.
Katie and Callum couldn’t be any more distant and disconnected: different heritage, different cities, different opportunities. Except there is one thing they’ll always have in common: Dad. What happens when Callum suddenly turns up in desperate need of help?
Beautiful imagery, striking original music and immersive design combine to create this powerful new production for young people, which asks why we’ve become so fearful of anyone who is different from us. 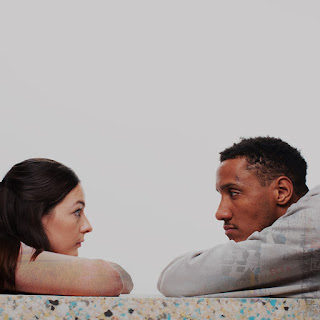 Between November 2016 and January 2017, Zest Theatre held extensive workshops in Barnsley, Newcastle/Gateshead/Sunderland, the company’s home county Lincolnshire, and in Tower Hamlets where the Half Moon is located. In each area the company talked to and listened to young people from across the divide to find out their feelings on Brexit, Britishness, politics and society. What Once Was Ours was created based on these conversations, and verbatim quotes from the workshops are used throughout the show.
Toby Ealden, Artistic Director of Zest Theatre and director of What Once Was Ours, said, “The impetus for this new production came the day of the EU referendum result. When the result came in, we spent the day hearing so many of the towns we tour to portrayed in the media as somehow less intelligent, racist and small minded. This portrayal didn’t do these communities justice.”
Chris Elwell, Director of the Half Moon and dramaturg of What Once Was Ours said, “We’re excited to be working with Zest Theatre on this exciting new piece of writing for young people that, importantly, has been driven by the voices, words and attitudes of young people across the UK to Brexit. While their views might not have been united, we hope that What Once Was Ours will allow audiences to witness a whole range of different opinions that will allow them to come together and start a more open dialogue.”
Half Moon is the UK’s leading small-scale young people’s venue and touring company. It is a local organisation with a national remit, committed to supporting artists and young people at every stage of their creative development. Working from their base in East London, Half Moon specialises in new writing and artform development, acting as a gateway organisation that provides pathways for progression and experimentation. Half Moon’s wide-ranging programme reaches 50,000 people annually and engages those who are often excluded from arts activity. Half Moon’s activity includes a season of professional plays for young audiences, national touring productions and an extensive creative learning programme, including seven youth theatres.
Half Moon is a National Portfolio Organisation of Arts Council England and receives regular funding from the London Borough of Tower Hamlets. Half Moon’s digital archive is available at www.stagesofhalfmoon.org.uk.
On The Web:
@zesttheatre | @halfmoontheatre | #whatonce | zesttheatre.com | halfmoon.org.uk
Suitable for ages 12+
Tickets:
Tuesday 17th October       Hartlepool Town Hall
Raby Rd, Hartlepool TS24 8AH
2pm& 7pm| £8 (£5 U25s)
www.destinationhartlepool.com  | 01429 890000
Wednesday 18 October     Sunderland Stages at Sunderland College
University of Sunderland, Edinburgh Building, City Campus, Chester Rd, Sunderland SR1 3SD
7.30pm| £8.50 (£6 concs)
www.artscentrewashington.co.uk  | 0191 561 3455
Friday 27thOctober   Juice Festival at Northern Stage, Newcastle
Barras Bridge, Newcastle upon Tyne, Tyne and Wear NE1 7RH
6.30pm| £10 (£8 U21s)
www.northernstage.co.uk  | 0191 230 5151
Posted by North East Theatre Guide at 18:42