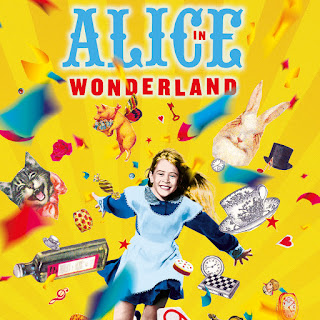 Written by Theresa Heskins
Directed by Mark Calvert
“What is the use of a book, without pictures or conversations?”
Opening line of Alice in Wonderland, by Lewis Carroll
From the team that created The Wonderful Wizard of Oz and James and the Giant Peach, this year’s Northern Stage festive production is Theresa Heskins’ adaptation of Lewis Carroll’s much-loved classic, Alice in Wonderland.
Alice is a whizz at card tricks, hates sitting still and always asks too many questions. One day her curiosity leads her tumbling through a theatre trapdoor into Wonderland where everything is so topsy-turvy her feet
can barely keep up with her thoughts.
Adapted for the stage by Theresa Heskins and directed by Mark Calvert, this imaginative new Northern Stage production will be designed by Rhys Jarman (Institute, Gecko), with original music by Jeremy Bradfield
performed live by the 13 strong cast, choreography by former Phoenix Dance Theatre member, Martin Hylton and lighting by Colin Grenfell (The Tempest, Improbable/Northern Stage).
Director Mark Calvert says, “It’s really exciting to create a magical fantasy world for Alice and the characters she meets along the way. Setting the action in a theatre allows us to be constantly inventive. Our Alice - who’s a bit like the Artful Dodger in Oliver - meets a magician called the Great Blanco who sort of conjures up Wonderland for her after she falls through a trap door. Audiences will recognise the characters they know and love from the original story, but with a theatrical twist - it’s a big, bold, bonkers all-singing, all-dancing adventure of a show.”
The cast includes Alexandra Tahnee (Five Feet in Front, The Letter Room) as Alice; Christopher Price (‘The Riddler’ in BATMAN LIVE, international tour) as the White Rabbit/Great Blanco; Michael Blair (Mr Scratch, Northern Stage) as Tweedle Dee; Laura Riseborough (A Midsummer Night’s Dream, Royal Shakespeare Company) as the Red Queen; Alice Blundell (The Wonderful Wizard of Oz, Northern Stage) as the White Queen; Clara Darcy (Brassed Off, York Theatre Royal & national tour) as the Cheshire Cat; and Andrew Bleakley (NoMiracles Here, The Letter Room) as Tweedle Dum; plus a chorus of six performance students from Newcastle College.
Tickets:
Tickets are now on sale from £10 at www.northernstage.co.uk or call the box office on 0191 230 5151.
Posted by North East Theatre Guide at 18:38