A young actor’s latest role is bringing him back to the theatre where he honed his skills and continues to support homegrown talent.
Andrew Finnigan, 21, from , stars in one-man musical comedy Drip, which has been written for young adults and comes to The Customs House fresh from the Hull UK City of Culture 2017 celebrations.
Rehearsals are in full swing for the world premiere of the play in on Wednesday, November 1, as part of the Back to Ours Festival, which takes new high quality new work to unexpected spaces at the heart of local communities.
It arrives at The Customs House on Wednesday 8 November at , for an intimate performance in the theatre’s bar and bistro, The Green Room.
Andrew, who joined The Customs House Youth Theatre in 2012, plays 15-year-old Liam, an optimistic teenager who signs up to Hull’s first ever synchronised swimming team, even though he can’t swim.
He said: “The Customs House has played such a big part in my career as an actor, so I’m so pleased we’re bringing Drip along. And in such an unconventional performance space like The Green Room, I think it’ll honestly be a real treat.” 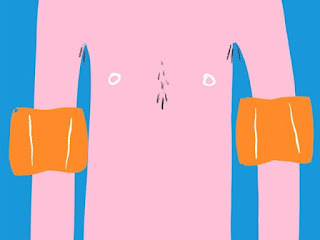 Drip tells a story of pride, friendship and being a gay teenager in . It was created with and for young people in the city through the Script Club project, in which a playwright works in their local community to write a new play.
Award-winning writer Tom Wells, who is from Kilnsea in , said: “I’ve really enjoyed working with groups of teenagers in as part of the writing process. I hope some of their spirit, humour and insight shines out of the play.”
Drip is Script Club’s third production and its first musical, with book and lyrics by Tom and music by Matthew Robins. Andrew was approached about the lead role while working on another project with the pair.
He said: “I did a play last year called Broken Biscuits, which was written by Tom and the music was also written by Matthew. Towards the end of that run, they had mentioned they had an idea for a musical and if I would potentially be interested.  We did some work on an early version of the script in February and now, eight months later, we’re into rehearsals!”
Andrew, who remains involved in The Customs House Youth Theatre as assistant director, also trained at the Theatre Royal in as part of its Project A scheme.
His theatre credits include The Fifteen Streets (The Customs House), Scrapbook (Live Theatre, ) and Broken Biscuits (Live Theatre/Paines Plough and tour).
Fiona Martin, deputy director - learning and participation at The Customs House, who runs The Customs House Youth Theatre, said: “We are really proud of Andrew and delighted that he’s bringing Drip to his home theatre. He’s very talented and I’m sure this will be the start of an excellent career.”
Drip is produced in partnership with Boundless Theatre and funded by Hull City Council, Hull UK City of Culture 2017 and Arts Council England. It runs from November 1 to 10, including two nights at Hull Truck Theatre.
Director Fallowfield said: “We are proud to be making a play that we hope will reflect the brilliant, intelligent, outrageous and hilarious young people we have met in .”
Rob Drummer, artistic director of Boundless Theatre, said: “It is a real privilege to be supporting Script Club and partnering on the production of Drip.  This is an exciting and innovative model that places young adults at the heart of new writing, leading to the world premiere of a new play in .”