This Is My Life
Whitley Bay Playhouse
Tuesday 21st November 2017
Join stage funnyman Jimmy Tarbuck OBE as he delivers a fantastically funny evening of comedy at the Playhouse Whitley Bay on Tuesday 21st November 2017.
Tarby, as he is known to millions of TV viewers, is one of the country’s most evergreen performers and a master of light entertainment. 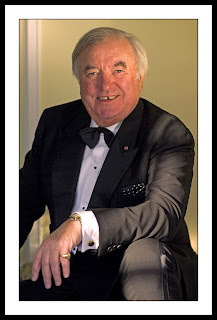 Having successfully spent more than 40 years in the notoriously fickle world of showbusiness, Jimmy Tarbuck has hosted numerous television shows, variety shows, chat shows and game shows and his cheeky grin and boy-next-door charms have won him fans far away from his native Liverpool.
However, Tarby is at his best in front of a live audience and during his date in (town) he will be sharing anecdotes, demonstrating his quickfire wit and thoroughly entertaining the audience in a show which promises comedy for grown-ups rather than adult comedy.
During the entertaining evening, Tarby will be using photos and video footage to take audiences on a nostalgic trip down memory lane with a wealth of hugely funny stories and anecdotes ranging from being at school and in the same class as John Lennon to playing golf with Bing Crosby.
The Liverpool born comic and entertainer was spotted by the late Val Parnell while working as a Butlins Redcoat, and made his TV debut aged 22 on Comedy Bandbox. Soon afterwards he made several guest appearances on Sunday Night Live At The London Palladium for Val Parnell until he became the resident compere in September 1965, aged just 25 years old.
After this fabulous start to his career, Jimmy was soon in great demand headlining top variety shows, and soon his own TV series’ followed. During the 1970s and 80s, Tarby was rarely off the screen as programmes such as The Jimmy Tarbuck Show, Winner Takes All, Tarby And Friends and the Live From … series attracted millions of TV viewers each week.
Following the decline of variety on television, Jimmy is in much demand as one of Britain’s top cabaret artistes and after-dinner speakers, and he regularly hosts many of the top award and business events. He is also a popular TV guest and when he is not entertaining his corporate, television and theatre audiences can be found on the golf course or supporting his beloved Liverpool Football Club.
During his illustrious career, Jimmy Tarbuck has achieved many awards as both an entertainer and a charity fundraiser. He has received the top Variety Club of Great Britain award of Showbusiness Personality of the Year and he has been made an Officer of the Most Venerable Order of the Hospital of St John of Jerusalem for his charity work. He has also been honoured by an hour-long special of This Is Your Life and in 1994, was awarded the OBE for his services to showbusiness and charity. Jimmy is also President of Diabetes UK.
Tickets:
Tickets costing £23, £21.50 conc. are on sale now.
Tickets are available from the Box Office open Monday – Friday 10am – 4pm, Saturday 10.30am – 2.30pm plus until show start on event days. Tickets can also be purchased on the booking hotline 0844 248 1588* or online from our affiliate Eventim Tickets.
*Calls cost 7p per minute plus your phone company’s access charge.