Award-winning Middle Child bring new gig theatre production to Sunderland
I Hate Alone
Sunderland The Peacock
Thursday 26th October 2017
An award-winning theatre company from Hull, the UK City of Culture 2017, is bringing its latest gig theatre production to Sunderland in October.
A gig that tells a story about injustice, revenge and friendship, I Hate Alone is writer Ellen Brammar’s debut play. The story follows Chloe and Danielle, two best friends who decide to turn the tables on everybody who ever wronged them, with violent consequences. Their righteous indignation is driven along by a riotous soundtrack from All We Ever Wanted Was Everything composer, James Frewer, performed by two actor-musicians.
I Hate Alone comes to The Peacock in Sunderland on Thursday 26 October, as part of Sunderland Stages’ season. 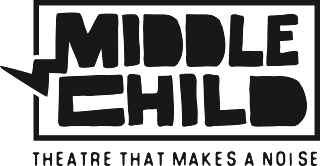 Middle Child wowed audiences and critics alike with their Hull UK City of Culture 2017 commission, All We Ever Wanted Was Everything, at this year’s Edinburgh Fringe.  Actor and Middle Child company member Marc Graham won an Excellence Award from The Stage for his performance, while the show finished its sell-out run on a high by picking up a Bobby Award from Broadway Baby, the first company to have won the award twice.
I Hate Alone is supported by funding from the Arts Council.

Tickets:
Tickets are available via www.ArtsCentreWashington.co.ukat £8.50 for adults, £6.00 for concessions and £5.00 for students and under 25s.
Age Guidance
14+ (themes of an adult nature)
Posted by North East Theatre Guide at 18:09