Review: We’re Not Going Back at Washington Arts Centre 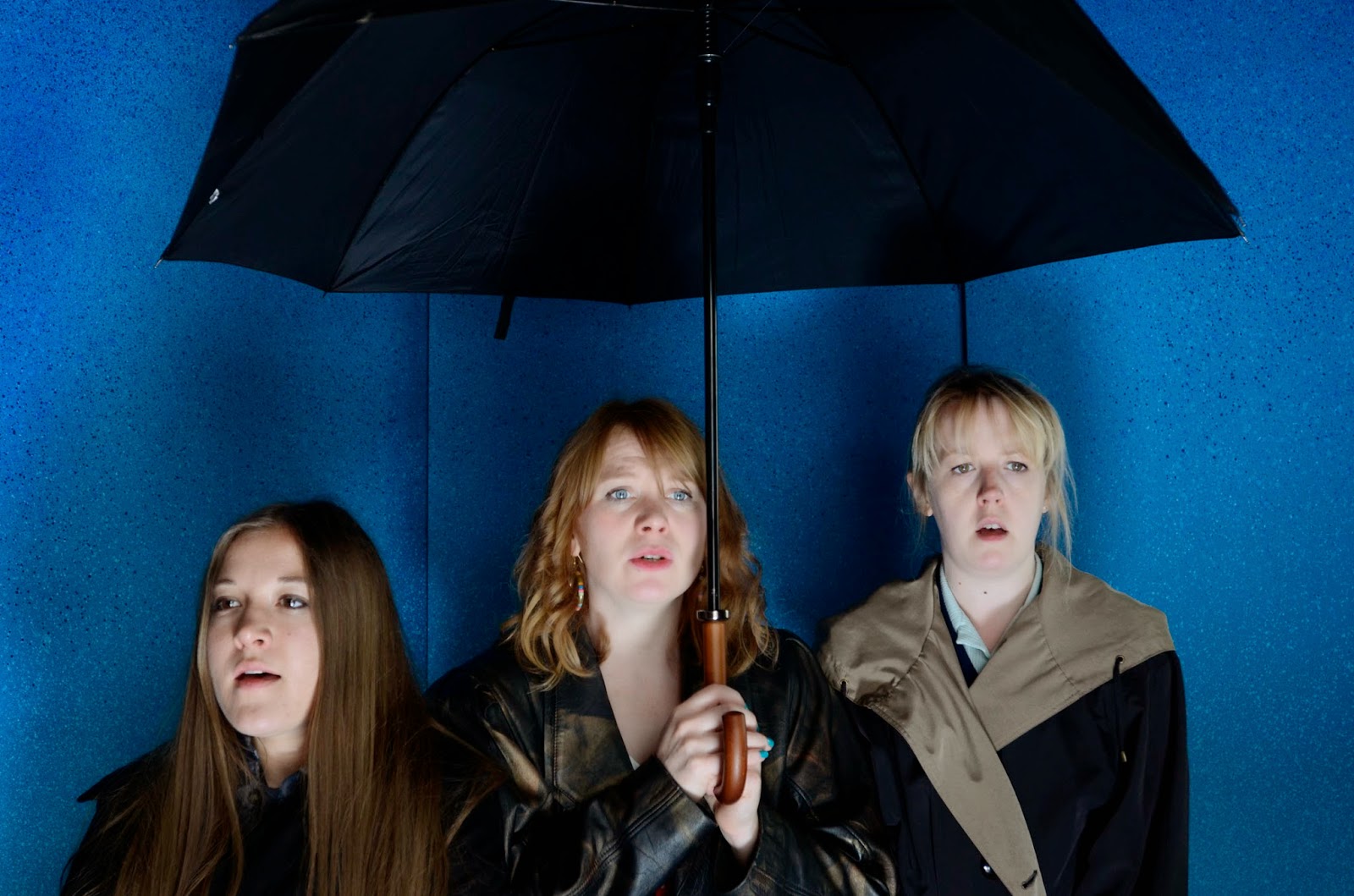 We’re Not Going Back
Washington Arts Centre
9th October 2014.
It is Isabel’s 18th birthday on the eve of the Miners’ Strike. Her sisters Olive and Mary treat the occasion more like her 8thbirthday. Olive has strong religious beliefs whilst Mary feels her future is in drama. Little do they realise how the following 12 months will change them as people and how much relationships will change. As the title suggests there will be no going back. 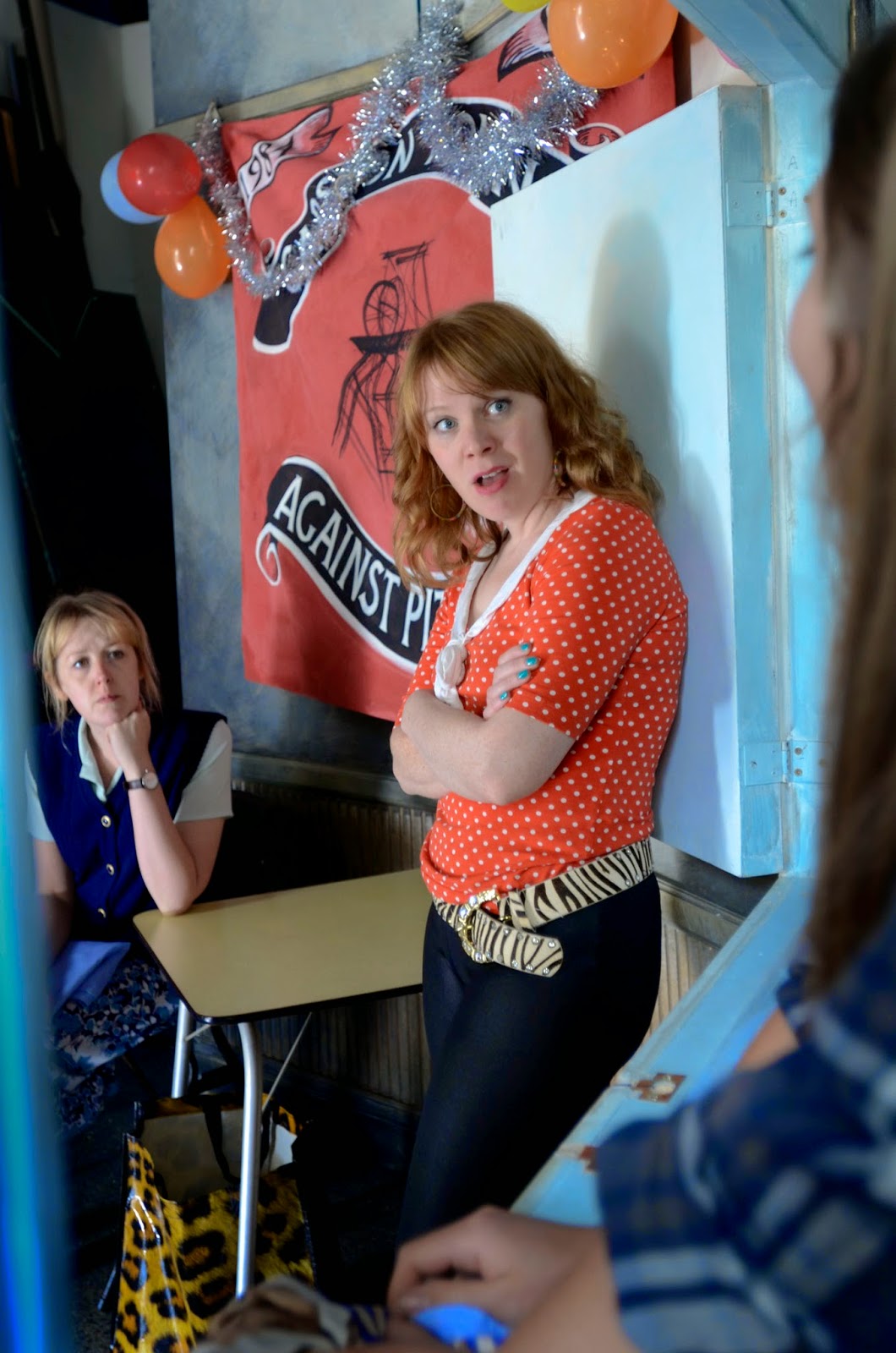 Olive and Mary are both married to miners but Olive also works in the offices at the coal board. Loyalties are with the pit and the workers as they join the picket line. As events unfold their perception of the police and the news organisations change. Isabel also has a sharp learning curve as she continues to grow up in the real world. 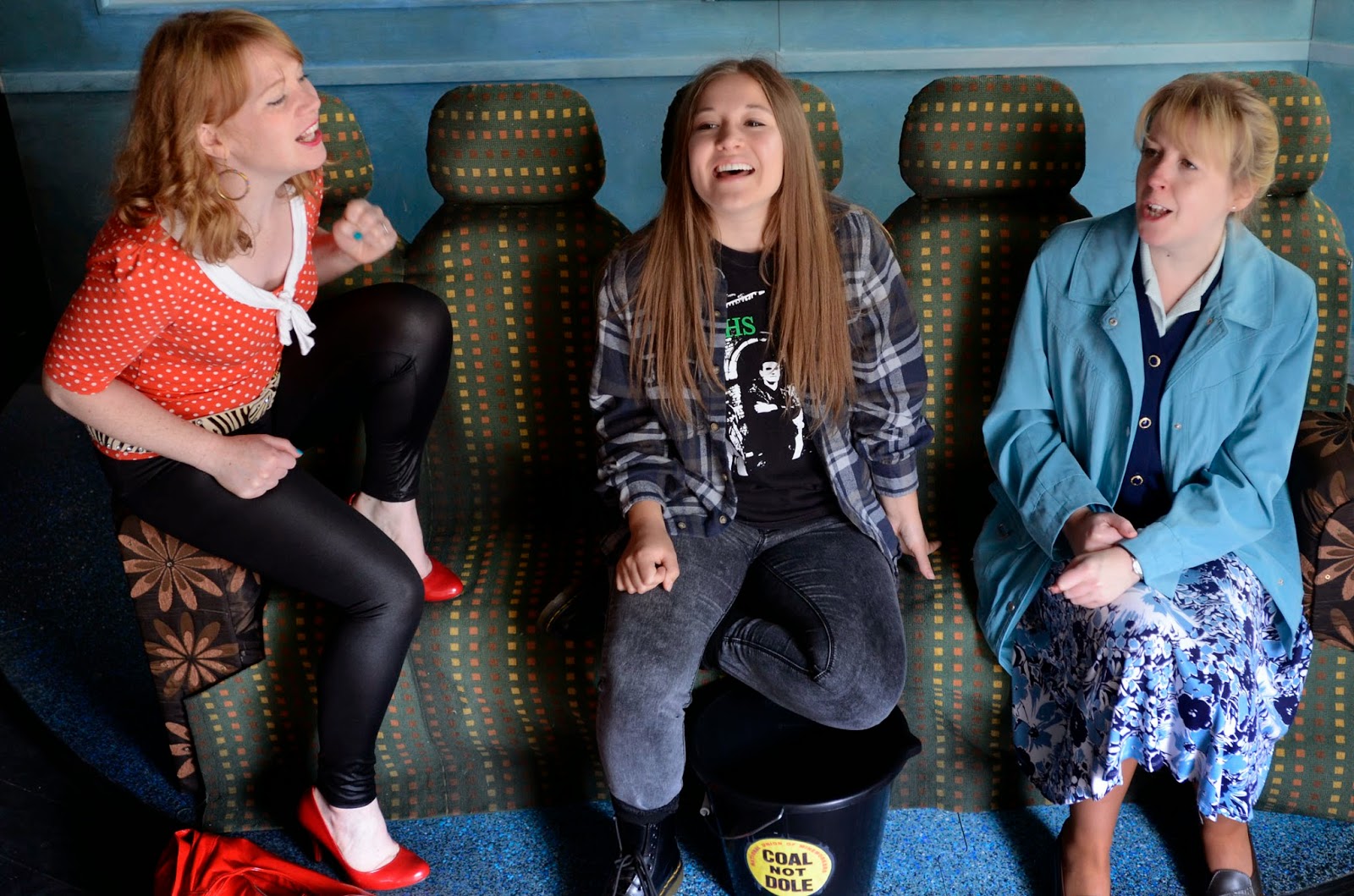 The production is laced with a number of canny musical numbers arranged by Beccy Owen, who sings and plays piano to accompany the vocal talents of Victoria Brazier, Stacey Simpson and Claire-Marie Seddon. These numbers add a welcomed different flavour to the production. The song Red City, about the politics of the city of Sheffield was one of a number of standout songs. 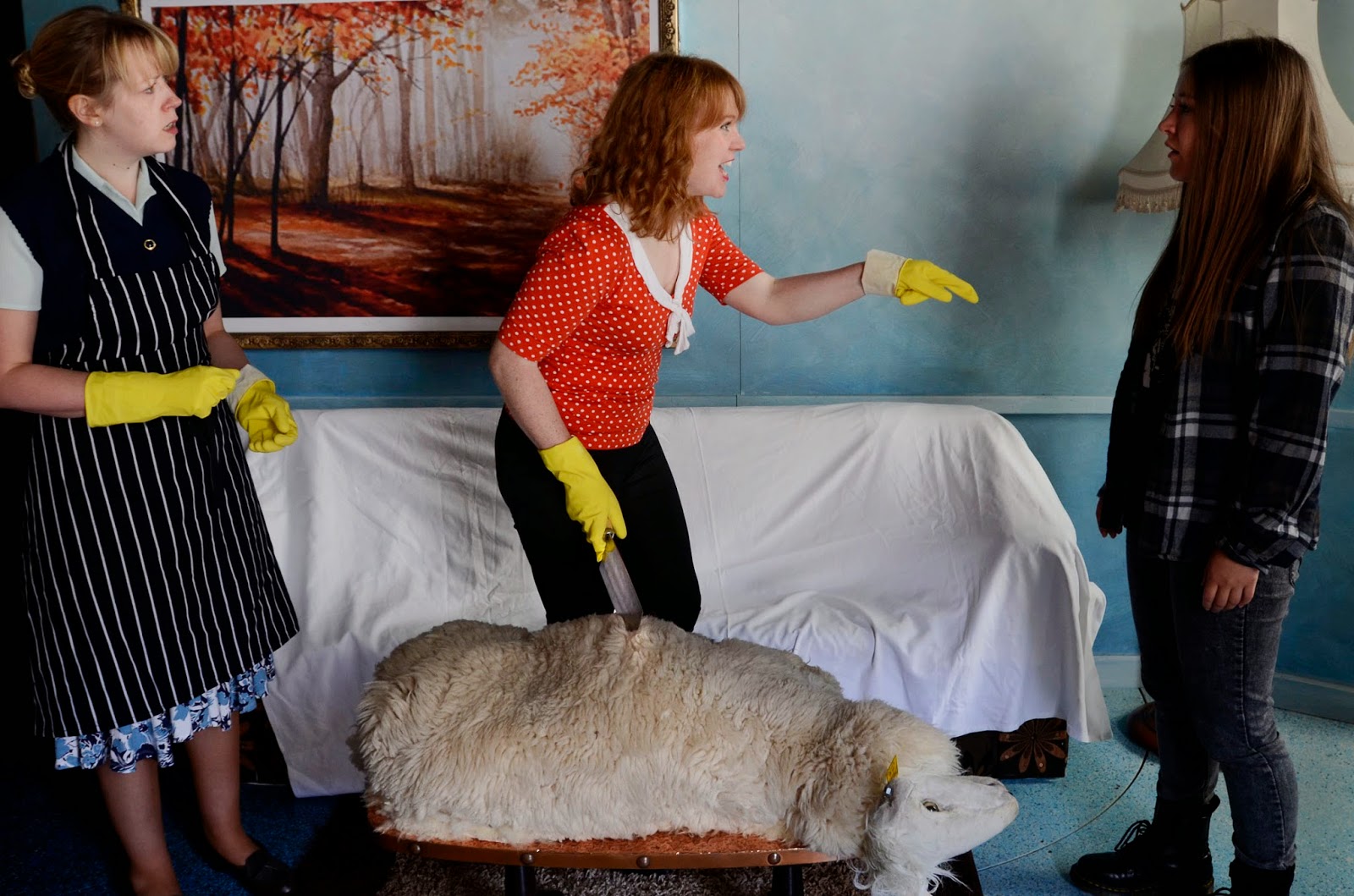 The play, which was written by Chumbawamba’s Boff Whalley, pulls no punches with the ethics of the events of that period. Rod Dixon has directed a play which happily leans to the left and tries to show the challenges of that period through the eyes of the women that supported the miners. The 3 actors are successful in their portrayal of siblings who quarrel and love each other in equal amounts.
This is a well acted and heart-warming play about a family under strain. Well worth seeing.
This review was written by Stephen Oliverfor Jowheretogo PR (www.jowheretogo.com). Follow Jo on twitter @jowheretogo, Stephen @panic_c_button or like Jowheretogo on Facebook www.facebook.com/Jowheretogo.
On the Web: www.redladder.co.uk
Twitter: https://twitter.com/redladdertheatr
Facebook: www.facebook.com/pages/Red-Ladder-Theatre-Company
Actor Stacey Sampson is writing a blog about being the main ‘bread winner’ in her home following returning to work after having a baby – as well as writing about the rehearsal process.  http://winningthebread.wordpress.com
Photos: Tim Smith
Tour dates:
Fri 10 October
Seaton Delaval  Art Centre
Sat 11 October
Queens Hall Arts Centre, Hexham
15 Oct 2014
The New Bradford Playhouse
17 Oct 2014
Create Theatre, Mansfield
18 Oct 2014
Hemsworth Miner's Welfare
19 Feb 2015 – 21 Feb 2015
City Varieties, Leeds
Posted by North East Theatre Guide at 00:14