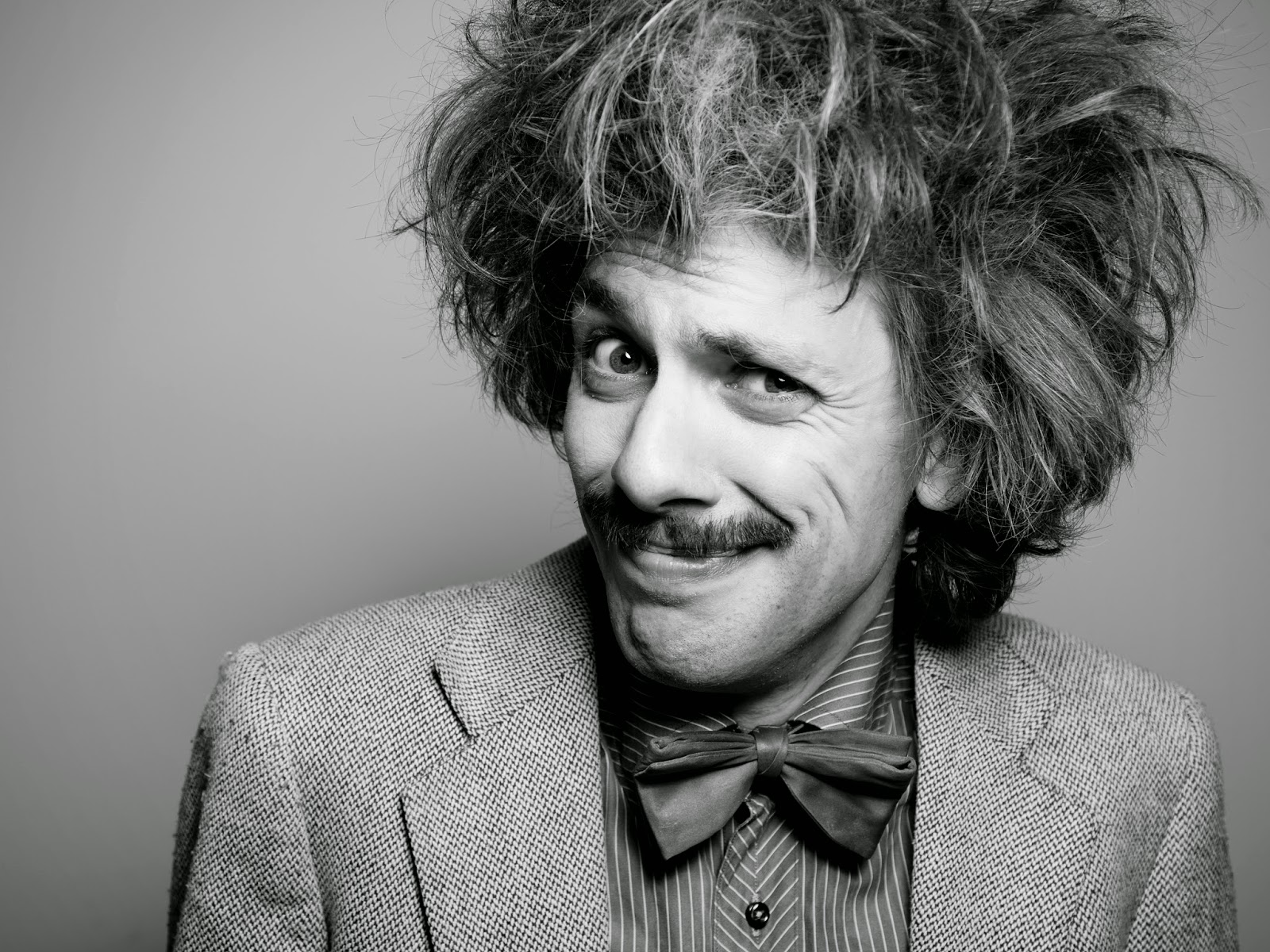 Isn’t science brilliant? Knowing how stuff works is brilliant. Theatre is brilliant too. So what happens when you mix the three? Does it work?
Albert Einstein – Relativitively Speaking is a production in which Albert tries to explain both particle-wave duality and his special theory of relativity. This show was the Junior Edition and so, one assumes, the explanations are kept straightforward however this is without necessarily dumbing down or using bad science. The story also throws in a historic angle as Einstein fled from Nazi persecution and warned the US government of Hitler’s ambition to build the atomic bomb. In return the Nazi’s put a $5000 bounty on his head, sold his boat and burnt his books. 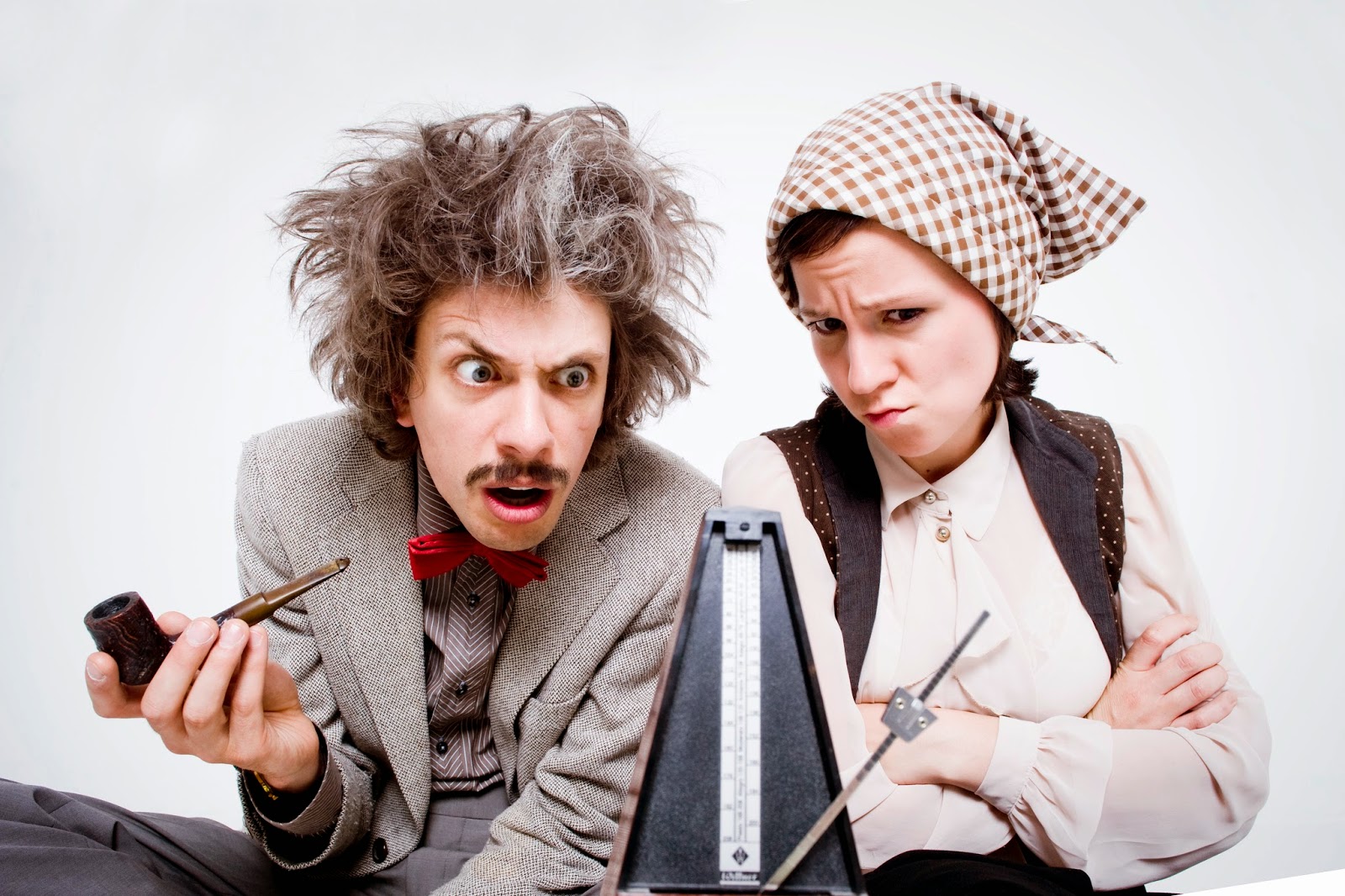 John Hinton wrote and stars in this fun production. His welcoming and engaging manner help keep the younger members of the audience actively taking part. The songs are a fun part of the show and nicely break up the chunks of theoretical physics. Jo Eagle accompanies John as well as playing the various women in Einstein’s life.
Audience participation is central to the show and leads to memorable explanations. Waves and fusion are kinaesthetically demonstrated between some of the worst, or should that be wurst, jokes.  John Hinton exhibits a compassionate side when pointing out Einstein’s disappointment at seeing his theory being used for warmongering with a resultant large death toll.
There needs to be more productions which are suitable for children, neither aimed at nursery age and not pantomimes. Albert Einstein – Relativitively Speaking Junior Edition fills that fill role. It is both fun and informative in equal measure.