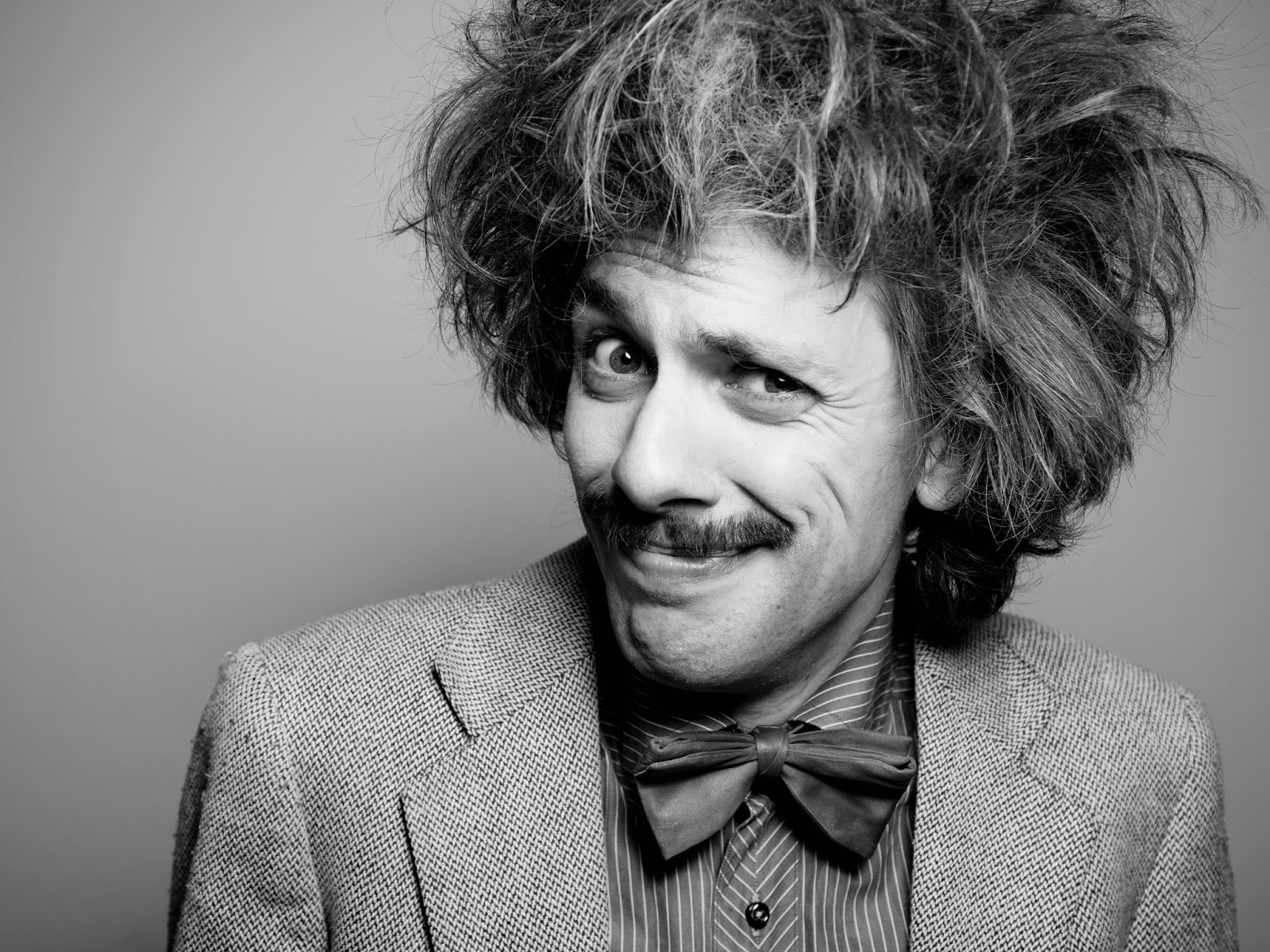 Ever looked at E=MC2 and thought… what’s that all about then? Ever been curious how they made the atomic bomb? Ever wanted to meet the genius behind the über-coolest moustache in scientific history? Well, your time has come! Multi-award-winning Tangram Theatre Company’s Albert Einstein: Relativitively Speaking will be performing at Customs House on Thursday 30th October at 7.45pm and the Junior Edition of the show will be performing earlier in the day at 2.30pm, as part of their full UK tour this autumn, finally (theoretically) providing the definitive answers about the greatest mind of the twentieth century. 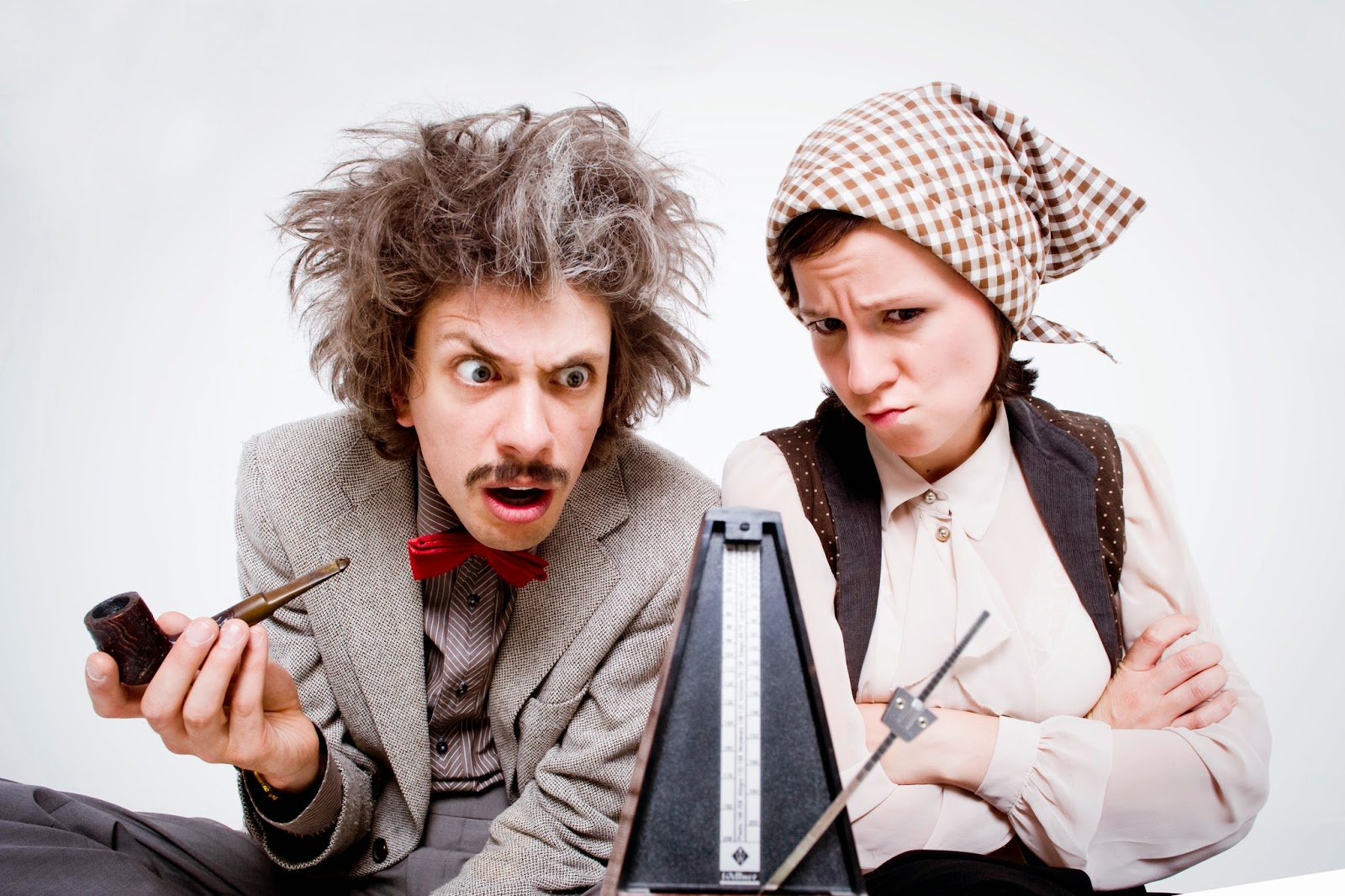 Albert Einstein: Relativitively Speaking is a brilliantly inventive hour of physical theatre, songs, science and the würst sausage jokes ever – complete with this winter’s sure-fire hip-hop hit, the ‘E=MC2rap’. The show sold out at Edinburgh Fringe Festival last year where it was shortlisted for the Innovative New Musical Theatre Award and the Junior Edition won Best Children's Event at the Brighton Fringe Festival in 2014. This follows on from the Edinburgh smash hit and Adelaide Fringe Best Production and Best Performer nominated Darwin bio-comedy The Origin Of The Species... and Total Theatre Award-nominated Crunch! by the same team of writer-performer John Hinton and director Daniel Goldman (co-director of Stage Solo Award winner and Olivier nominee You’re Not Like The Other Girls Chrissie).
Open to everyone from amateurs to astrophysicists old and young, Albert Einstein: Relativitively Speaking is a frantically fast-paced, wonderfully warm-hearted celebration of the ideas, ideals and idiosyncrasies of the man whose theories sparked a revolution in modern science. And as the Fringe’s only show to be peer reviewed by a team of leading physicists at Sussex University, it is vital viewing for anyone who wants to understand the modern world – as well as utterly unmissable for anyone with a sense of humour and spirit of adventure.
Reviews for Albert Einstein: Relativitively Speaking
'The clearest - and certainly the funniest - explanation of the Theory of Relativity I know.' John Lloyd (Creator of QI)
'Here's a treasure... handled with something close to brilliance... This one's a winner.' Libby Purves (The Times)
'Hinton expertly makes the most complicated of concepts easily intelligible.' British Theatre Guide
On the web:
Website: www.tangramtheatre.co.uk
Twitter: https://twitter.com/tangramtheatre
Facebook: www.facebook.com/tangramtheatre
Tickets:
Thursday 30th October
Albert Einstein: Relativitively Speaking (Junior Edition): 2.30pm, Tickets  £10 - £8con
Albert Einstein: Relativitively Speaking: 7.45pm, Tickets  £12 - £10con
Bookings: 0191 454 1234 or on the web: www.customshouse.co.uk
Posted by North East Theatre Guide at 22:32