Preview: A Pacifist’s Guide to the War on Cancer at Newcastle Northern Stage

When performance artist Bryony Kimmings was approached by Complicité to create a new show, the invitation came from producer Judith Dimant - who had just received a cancer diagnosis. Never one to shy away from creating art from life, Bryony asked Judith if she wanted to make a production about cancer.

What followed was a baptism of fire, and an unexpected journey into the ‘Kingdom of the Sick’ - following patients, meeting doctors and learning from world experts, including Dr Kathryn Mannix from the Royal Victoria Infirmary in Newcastle. What Bryony didn't know is how far into the Kingdom she would fall. 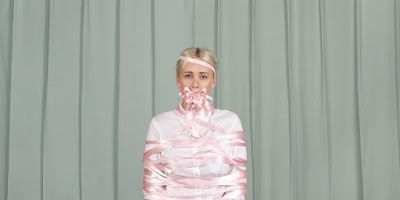 A Pacifist’s Guide… will blow everything you think you know about cancer out of the water. This funny and moving show will look behind the poster campaigns and pink ribbons at the reality of cancer: newfound friendships, pain and death, mundane treatment cycles, hairlessness and scars...with songs.

Bryony Kimmings said, “This musical began as a seed in 2014. So much has happened since its inception. A four year labour of love. It begins with Judith the producer of Complicité having breast cancer, it moves through two years following beautiful patients, me having a baby, Judith going into remission, some deaths and some huge life changes. All the time writing music! I wasn’t able to be in the original production for tragic personal reasons so I am over the moon that I am able to step into it for this tour. We are thrilled to have had the time to reimagine and develop the musical since its first incarnation at the National Theatre, which we can’t wait to share with audiences across the UK and Australia.”

North East palliative care expert and author of With the End in Mind, Dr Kathryn Mannix was asked to advise the writing team about what dying is like. She explains, “After describing the process we so commonly see to the writers, they actually wrote it into the doctor's script. I have had thank-you messages from people who were profoundly comforted by hearing an explanation.  All based on taped interviews with real patients, this show is a witness to a truth we all recognise: the biggest enemy is not cancer, but fear that breeds in the silence. I'd love to think that this piece of theatre could open up discussion across the country.”

First seen in 2016 at HOME, Manchester and the National Theatre where it received critical acclaim, the production will be revived and re-worked for UK and Australian touring in 2018 including dates at Northern Stage in Newcastle. Kirsty Housley, Co-Director of The Encounter and long-term Complicité collaborator will direct, with writer Bryony Kimmings performing in the production.

A Pacifist’s Guide to the War on Cancer is at Northern Stage Newcastle (7-10 February) before touring to Australia.