“What aren’t you looking at?”

Third Angel asks “what aren’t you looking at?” in new show ‘The Department of Distractions’ coming to Northern Stage during February 2018 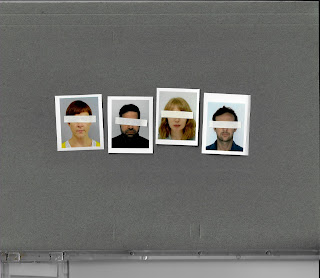 Third Angel brings to Northern Stage a conspiracy-theory detective story for the 21st century that explores the tiny details of everyday life and most importantly asks: What aren’t you looking at?  In a world where ‘fake news’ is a term we have become all too familiar with, this show asks, just how much are we paying attention, and what is the truth, if there is such a thing as truth at all?

Blending fiction and documentary detail, The Department of Distractions is a new play about an organisation so clandestine you won’t have heard of them. Until now. The Department says its job is to plant stories in the world “to make life more interesting.” Others would argue that it’s as much about stopping us looking in certain directions: a single glove in the street, a torn up love letter in a Metro carriage, a pair of shoes hanging from a telephone wire or a phone box that rings as you walk past…

Written by Third Angel Co-artistic Director Alexander Kelly, this world premiere performance at Northern Stage puts the audience at the centre of a complex web of truths and untruths, both engaging, illuminating and mystifying. Unpicking the snags in the fabric of everyday life, The Department of Distractions may leave you with more questions than answers.

Alex explains how the show explores some ongoing fascinations and obsessions of the company, “I’ve loved detective stories since I was a teenager – starting with both Raymond Chandler and Moonlighting. Several of our shows and projects have hinted at them, but this is the first time we’ve done a full-on detective story.

We’ve been developing The Department of Distractions since 2014. In that time it has been fascinating, compelling and depressing to see some of the ideas it explores become more pressing.”

Created with the lightness of touch and ferocity for detail that Third Angel have become renowned for, The Department of Distractions plays from Friday 2 to Saturday 10 February at Northern Stage before touring.