HAS YOUR POoCH GOT THE STAGE FACTOR?

OMG you guys!!! The producers behind the new tour of the smash-hit Broadway and West End musical Legally Blonde The Musical are on the hunt for a four-legged star to take centre stage at Sunderland Empire.

Could your pampered pet or family pooch be destined for fame? Legally Blonde The Musical has two dogs in the cast - a Chihuahua called Bruiser and another called Rufus. Bruiser is already cast and will be on the road with the cast but producers have decided to hold auditions for ‘Rufus’ in every town and city on the tour.

Auditions will be held for Sunderland Empire dates at the theatre on Tuesday 13 February 2018. For more information on the auditions and to register interest please contact the producers direct by email legallyblondedogauditions@gmail.com by Wednesday 31 January 2018. 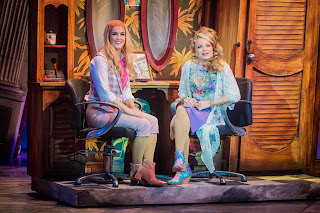 David Barrett, Associate Director for Legally Blonde The Musical said: “Legally Blonde The Musical is a show all about stereotypes and not judging a book by its cover and the dogs are no different in this. So whereas ‘Bruiser’ is the cute, tiny, adorable one, with ‘Rufus’ we are looking for the total opposite. We are looking for a big, brutish, dog that only its mother could love - preferably a Bull Dog as in the film but we are certainly open to options.” 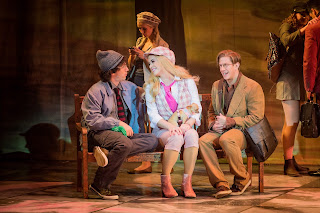 College sweetheart and homecoming queen Elle Woods, doesn’t take no for an answer. When her boyfriend dumps her for someone more serious, Elle puts down the credit card, hits the books and heads for Harvard Law School. Along the way, Elle proves that being true to yourself never goes out of style.

Legally Blonde The Musical, with music and lyrics by Laurence O’Keefe and Nell Benjamin and book by Heather Hach, based on the novel by Amanda Brown and the MGM motiion picture.

Tickets available in person at the Box Office on High Street West, from the Ticket Centre on 0844 871 3022* or online from our affiliate ATG Tickets: www.ATGtickets.com/Sunderland*
*Calls cost 7p per minute plus your plus your phone company's access charge. Booking and transaction fees may apply.