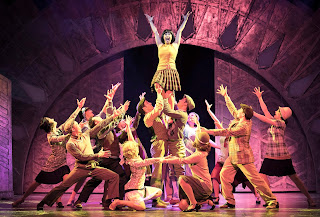 An entertaining musical has rolled into Sunderland this week. It looks fabulous, has a strong storyline and a great ensemble cast. It is also funny how the ideas of what made up a “modern” girl in the ‘20s still resonates today. 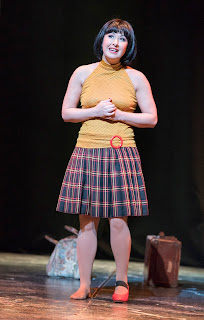 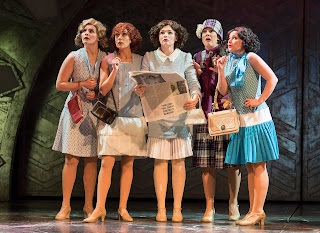 Millie Dillmount (Hayley Tamaddon) has arrived in New York and is excited about being in a big city. Her plan is to use her short hand writing skills to find a job as a stenographer and then marry the rich boss. Quickly she is robbed of her money and a shoe. In distress she literally trips over paperclip salesman Jimmy Smith (Michael Colbourne) and asks for help. He suggests spending a night at the Hotel Priscilla, which takes in single girls. Rather than heading home she looks for work. 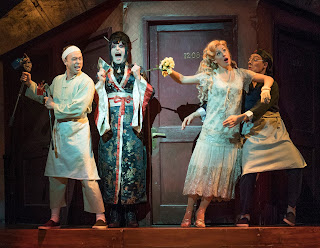 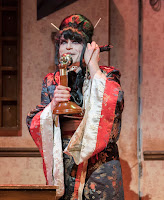 The other girls in the hotel are discussing the newspaper heading about “White Slavery” whilst the owner, Mrs Meers (Lucas Rush) appears to be more interesting in offering orphans a cup of tea in her back office before they quickly disappear. Millie’s money troubles appear solved when Miss Dorothy Brown (Lisa Bridge) checks into the hotel and she finds work at Sincere Trust Insurance with unmarried boss Mr Graydon (Richard Meek). 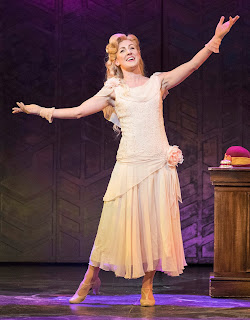 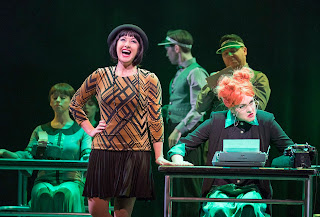 Before she knows, Millie finds herself in a world of illegal drinking dens, lavish parties with hosts like Muzzy Van Hossmere (Nicola Blackman).  The action is often kept light hearted. Millie is very much a glass half full type of person who sees the good in everyone. The journey is through her naïve eyes as she tries to set her standards against what she thinks a modern “flapper” girl should. 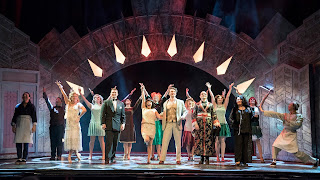 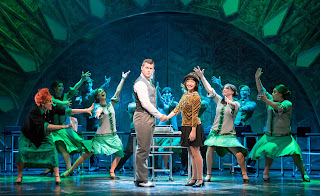 The natural chemistry between the cast helps make the light hearted moments work resulting in plenty of laughter from the Sunderland crowd. For example, the discussion between landlady Mrs Meers and her 2 Chinese employees Ching Ho (Guy Salim) and Bun Foo (Patrick Jeremy) uses surtitles on a screen to translate. Director Racky Plews handles the potentially tricky matter in a humorous and even handed way, avoiding the possible pit falls. 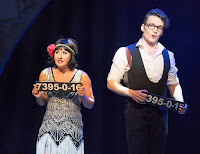 The themes of Thoroughly Modern Millie are still relevant today. It is set in 1922 and is based upon a 1967 movie, starring Julie Andrews, which in turn is based upon a British musical from 1956 called Chrysanthemum, yet it covers the issues of marrying for money, human trafficking and abuse of women. Indeed Miss Dorothy Brown’s tale of being groped during an audition will resonate with the #MeToo movement.

Overall though, Thoroughly Modern Millie is a well-paced and funny tale. The outfits look suitable glamourous and the set sparkles in its Art Deco splendour. Musical director Chris Peake leads a live band that add energy to the dance routines. The choreography even includes tap dancing whilst sat down at typewriters which was novel. 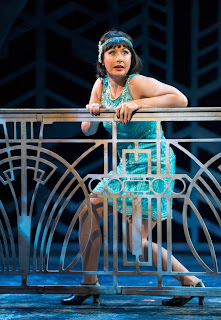 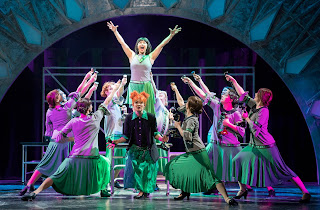 The show also features some great musical performances from the singers. Hayley Tamaddon, Richard Meek and Natalie Spriggs combined impressively during The Speed Test. Nicola Blackman has star quality in her big number Only In New York.

Thoroughly Modern Millie was an entertaining, well produced romp that is blessed with a great cast. 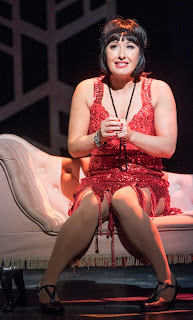 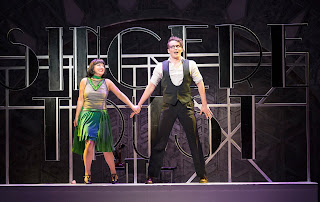 Tickets:
Tickets available in person at the Box Office on High Street West, from the Ticket Centre on 0844 871 3022* or online from our affiliate ATG tickets: http://bit.ly/TMMillieSund*