Preview: JESUS HOPPED THE A TRAIN 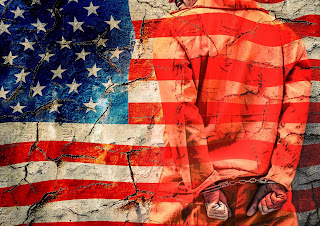 Angel Cruz is standing trial for shooting the Reverend Kim in the ass; Reverend Kim later died. Lucius Jenkins is on appeal, trying to avoid the death penalty for the murder of eight people. For one hour each day, both men share adjacent cages on Rikers Island, New York’s top security prison. Then one day they get talking.

Jesus Hopped The ‘A’ Train is a funny, powerful, adrenaline-fuelled drama of good and evil, penalty and redemption, by award-winning American playwright Stephen Adley Giurgis (The Motherfucker With The Hat, National Theatre and The Last Days Of Judas Iscariot at the Almeida).

Elysium TC is a new theatre company dedicated to bringing the best of world theatre to the North. Their debut production, 'Days Of Wine And Roses', received rave reviews when it played at the Assembly Rooms in Durham and 53two in Manchester last year. This is their second premiere at the Assembly Rooms, where they are Resident Company.

PRAISE FOR THEIR LAST SHOW, 'DAYS OF WINE AND ROSES' BY OWEN McCAFFERTY

"This is the sort of theatre I love to see. Well written, well performed and well directed." - North West End