Preview: Dusty And The Shades of the 60s at Whitley Bay Playhouse

‘DUSTY AND THE SHADES OF THE 60S’ is a brand new musical stage show that celebrates the life and music of the great Dusty Springfield. Starring singer and actress Emily Clark and Leanne Kyte, Rebecca Lauren, and Jazmin Patey-Ford as vocal trio the Shades, this pop-tastic show celebrates Dusty’s career, her hits, and many of the hits of the time by artists like Tina Turner, Lulu, the Beatles and more.

Dusty Springfield’s string of smash hits began on January 1st, 1964 when she performed I Only Want to be with You on the BBC’s new TV programme ‘Top of the Pops’.  It was closely followed by You Don’t Have To Say You Love Me, Son of a Preacher Man, I Just Don’t Know What To Do With Myself and You Don’t Own Me, all of which are performed in the show.  Dusty and the Shades will take the audience down memory lane with more songs written by Burt Bacharach, Carole King and more.  Dusty was a powerhouse singer and a style beacon; her blonde beehive up-do and black eyeliner inspired millions of teenage girls, while her soulful voice and clever choice of material gained her legions of followers here and in the USA. 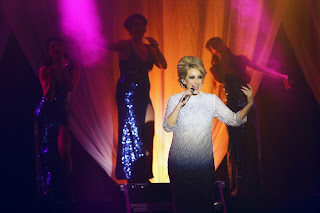 Red Entertainment Executive Producer Matt Brinkler explains “I’m a huge fan of Dusty Springfield and have created this show around her catalogue of smash hits and those by many of the great singers and songwriters of the day.  At Red Entertainment we’re extremely proud of the ‘Shades’ brand which we launched with ’Cilla and the Shades of the 60s’ in 2017.  ‘Cilla’ went down well with audiences across the UK so we’re touring it again; ‘Dusty’ is going really well and I think it’s leading audiences to re-discover Dusty and the music of her fellow artists.  There will be people who remember the hits from the first time around and those who will know many of the songs from the radio or movie soundtracks.” 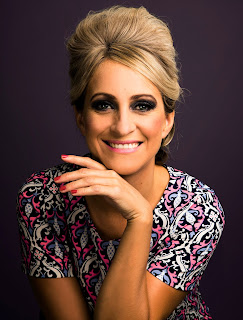 Emily Clark added:  “Ever since I could speak I’ve wanted to sing professionally and, being a huge fan of the music of the 60s, this is a wonderful opportunity for me to pay homage to Dusty Springfield, one of my all-time favourite singers and some of the great songwriters of that time.   The Shades and I are having an absolute ball on tour and we hope we’re doing the fabulous Dusty justice with our show!”

Dusty Springfield, her brother Tom and their friend Tim Field performed as The Springfields in the late 1950s when Dusty was still in her teens. The trio quickly became Britain’s top pop act so when Dusty decided to leave the group to go solo, she already had a following.  From 1964 to the late 1970s Dusty enjoyed chart toppers in the UK and US and won numerous Top Female Vocalist awards.  In the 1980s she had another run of success via her work with the Pet Shop Boys with the smash hit single What Have I Done To Deserve This? and Nothing Has Been Proved for the film ‘Scandal’.  Dusty’s final live performance was on Michael Ball’s Christmas show in 1995.

We caught up with Emily Clark ahead of her UK Tour to ask her about her role as the iconic Dusty. 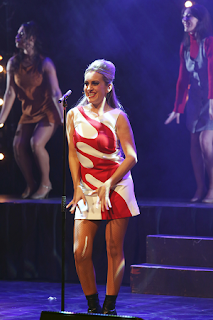 When did you discover the music of Dusty Springfield?
EMILY CLARK:  Music was a huge part of my childhood; Dusty was one of my female vocalists who I listened to growing up – another was the amazing Madonna who was a huge inspiration; her look, her sound, and the strong woman she portrayed literally pushed me forward to become a professional singer.

What do you particularly admire/like about Dusty’s legacy?
EMILY:   My admiration for Dusty is not only for her as a singer but as a record producer. She didn't mind being different and was out to create her own soulful sound; she absolutely loved music, particularly the American soul music that was filtering over to the UK and she really knew her stuff.

Tell us about some of your earlier professional performances:
EMILY: I started my career in Spain in a song and dance show; I sang with a few girl groups, formed my own Pink tribute act then moved into musical theatre.  I toured with two of Steve Steinman’s absolutely brilliant musical shows: ‘Vampires Rock’ with Twisted Sister’s guitarist Eddie Ojeda and punk queen Toyah Wilcox and ‘Bat The Symphony’ with the National Orchestra of Great Britain.   I had such a blast!   Then I played the young Dolly Parton in the show ‘Dolly’ and the female lead in the rock ‘n’ roll extravaganza ‘Bad Boy Johnny and the Prophets of Doom’ which is an Australian production that originally starred Russell Crowe!  I’ve also performed in China in ‘The Rocky Horror Show’ and I’m really looking forward to taking the lead in ‘Dusty and the Shades of the 60s’ in 2018.

Name three favourite songs you perform onstage and what you like about them. 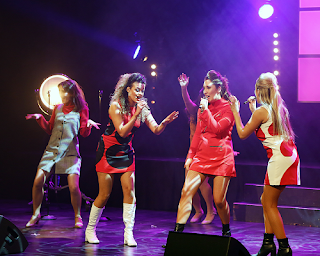 EMILY:   One of my ultimate favourites has to be 'Natural Woman' – I love soul and Motown and I can’t wait to perform it!  'You Don't Have to Say You Love Me' is one of my favourite Dusty songs; with its dramatic sound and the build up at the end, it is musically so moving. The reaction of the crowd is always incredible. I can't help but love it!  My third song choice is a bit different: Guns ‘n’ Roses 1987 classic rocker 'Sweet Child of Mine' has to be up there musically and vocally as a big favourite of mine. Every part of this song makes me want to rock out and I get to show off my vocal range with some belting notes!

Tell us about your image on this tour (ie hair/makeup/fashion etc)
EMILY:    My image for the tour will be very much featured around Dusty's iconic look. Although nobody can BE Dusty, I am there to represent her so there will be some specific references including the beehive, the smoky eyes and the flamboyant glamour.  For the Dusty fans there is a particular dress I get to wear which is quite iconic - you'll have to wait until the show to see it. There are a LOT of sequins!

What do you think audiences will enjoy most about the show? 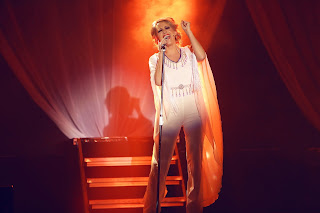 EMILY:   We'll be taking them on a musical journey back to the 60s. We always get comments that our shows bring back personal memories of good times in the 60s. I think most will be surprised about what they enjoy most as the show isn't just Dusty's album music, it's a journey through her career, including a lot of songs that she covered and ones that inspired her. There were a lot of greats in Dusty's life and they're all featured in the show. Like the Burt Bacharach section.

And what do you like best about being on the road?
EMILY:   Every show has a different feel, live entertainment allows us to feel what the audience are feeling and that's exciting every day.  Also, being able to perform in such beautiful venues and visiting different parts of the country is a massive plus!

Give us a list of FIVE things you take on tour that you can’t do without!
EMILY: Coffee - needed for the long journeys
A Paper Diary - I'm a writer not a typist and without it I wouldn't have a clue what I'm doing!
Hairspray - if only that beehive stayed up on its own…
A picture of my dog
A pillow – then it's like sleeping in my own bed!

Tickets:
Tickets are now on sale direct from the theatre and online from our affiliate Eventim UK: http://bit.ly/DustyWBPlyhse