Previews: Our Friends from Further North: A Scottish Season

CaroleW Productions is back with Our Friends from Further North: A Scottish Season 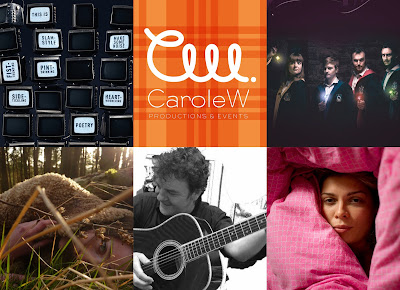 CaroleW Productions presents
Our Friends from Further North: A Scottish Season
March to May 2018

Following its debut season in late 2017 CaroleW Productions is back with a carefully selected offering of plays, events, screenings, gigs and workshops presented as part of Our Friends from Further North: A Scottish Season from March to May 2018.

With a mission to provide people with a ‘good night out’ audiences who enjoyed CaroleW Productions inaugural season of shows at Alphabetti Theatre will be in for a treat as the company returns to the Newcastle venue, as well as Gosforth Civic Theatre and Cobalt Studios, to offer events spanning genres and art forms. 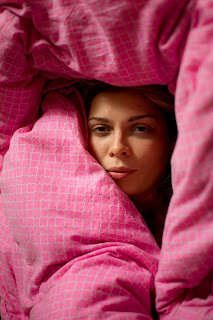 From Tuesday 10 to Friday 13 April two shows will take to the Alphabetti stage. First up at 7.30pm is Glasgow based Leyla Josephine with her play Hopeless. Through quick fire poetry and dark comedy Leyla, a former UK national spoken word slam champion, invites audiences to join her as she takes to the stage wrapped in a duvet eating a full Vienetta and asks whether we can really make a difference or, if in fact, everything is broken beyond repair. Hopeless, which received rave reviews and a nomination for the Amnesty International Freedom of Speech Award when it debuted at the 2017 Edinburgh Festival Fringe, shines light on these miserable times and will try to stir up hope even in the most cynical of audience members.

Hopeless will be followed at 9pm by Tiger, an intimate, interactive show with teeth inspired by computer games, David Lynch movies and Highland folk tales. Conceived in the Highlands of Scotland, written in Berlin and Mexico, directed in Paris, debuted at the 2017 Prague Fringe, Tiger is a theatrical event full of stories, poems and songs presented by Teuchter Company. 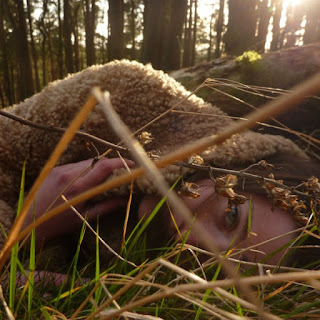 Starring Isabel Stott as Kathy Pearce, poet, musician and ‘master storyteller’ Colin Bramwell and featuring live music and sound design by digital composer Daniel McGurty, theatre-goers are invited to watch on as compulsion drags Kathy to the forest, where her phone dies, and she begins to panic. The show, which shares tales of insensitive uncles, useless support workers, drugged-up nights out and tiger-hunters, uniquely relies on its audiences to guide Kathy’s journey through the forest, and into her past making no two performances the same.

Carole Wears, the producer behind CaroleW Productions said: "I've long thought we should be looking further North to establish performance partnerships here in the North East. Our friends across the border are natural allies with shared sensibilities - a love of theatre and ‘a good night out’ firmly embedded in the DNA of its citizens.

“I've followed the work of Scottish companies since my MA days at Glasgow University and it is a pleasure to invite these artists to our town and introduce them to our own wonderful audiences. With shows programmed at both Alphabetti Theatre and an exciting new partnership with Gosforth Civic Theatre I am over the moon to share these offerings from Scotland’s thriving theatre and poetry scene.” 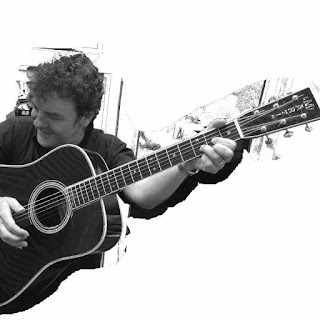 The season continues on Saturday 14 April from 7.30pm when music lovers are being invited to head to Colbalt Studios, in Newcastle’s Ouseburn, and enjoy the effervescent and heartfelt vocal style of Oban born Phil Odgers. Founder member and one half of the joint vocal strike force of the inimitable The Men They Couldn’t Hang, Phil will be joined by renegade virtuoso Bobby Valentino who famously played the fiddle on the Bluebells Young at Heart.

Next up is a film screening with a difference. On Thursday 19 April at 7.30pm at Gosforth Civic Theatre film fans are being invited to sit back, relax and enjoy a screening of the heart-warming 1949 comedy Whisky Galore! To make the night extra special audiences will be able to get in the mood and join North Chocolates and Carruthers & Kent who will be providing a warm-up chocolate and whisky pairing session before the show.

Whiskey Galore! is a classic Ealing Comedy which pays homage to the restorative powers of Scotch. When a Scottish island falls prey to a whisky shortage, the islanders are desolate. But when by chance a ship is sunk with a cargo of 50,000 cases of whisky, they see their salvation. First they must outwit the English Home Guard commander who is determined to protect the cargo at all costs. A tribute to a spirit which magically restores a community in deep depression for want of a 'wee dram’. 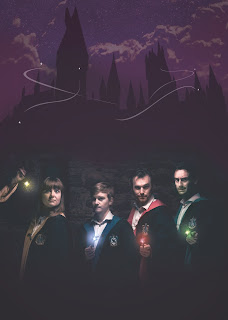 On Friday 11 May at 8pm at Gosforth Civic Theatre Harry Potter fans are in for a treat as Scotland’s hottest improv troupe Spontaneous Players invite witches and wizards to grab their wands and put on their house robes for an evening of improvised Potter where even muggles are welcome. Prizes will be awarded for best audience costume, there will be themed drinks as well as the opportunity for witches and wizards in training to create their own magic.

Spontaneous Potter is an entirely improvised Harry Potter comedy play, based on an audience suggestion of a fan fiction title. The result is an entirely new subversive Potter adventure (strictly for adults only) magically improvised on the spot with live musical accompaniment before your very eyes. Performed by Will Naameh (award winning freestyle rapper), Paul Connolly and Sam Irving, with music improvised by Jenny Laahs and Colin Bramwell, this promises to be a raucously funny evening not to be missed.

Tickets: For more information about plays, workshops and events or to book tickets visit www.carolewproductions.com
Tickets for CaroleW Productions events range from ‘Pay what you like’ to £12.


The Shows:
Tuesday 10 to Friday 13 April, 7.30pmCaroleW Productions presents
Hopeless by Leyla Josephine
Through quick fire poetry and dark comedy Leyla Josephine, a former UK national spoken word slam champion, takes to the stage wrapped in a duvet eating a full Vienetta and asks whether we can really make a difference or, if in fact, everything is broken beyond repair.
DATES: Tues 10 to Fri 13 Apr, 7.30pm
VENUE: Alphabetti TheatreTICKETS: Tuesday Pay What you Feel, Wednesday to Friday £8 & £6 concessions
DURATION: 60 mins
SUITABILTY: 14 +