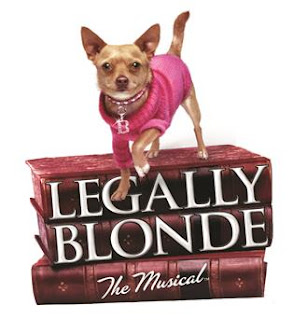 It is bend and snap time at the Sunderland Empire this week as Elle Woods battles against the odds to prove the doubters wrong. Anyone who loves the 2001 film will enjoy this cheerful romp. 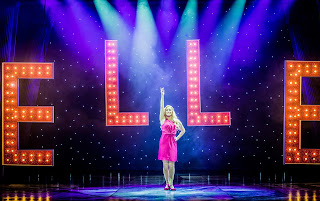 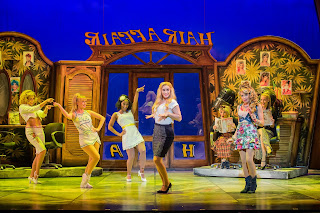 Elle Woods (Lucie Jones) has the dream boyfriend, lots of friends and is doing well on her fashion merchandising course. Everything is set up for her to go for a meal and get a proposal for marriage. Except the evening doesn’t go as planned. Warner (Liam Doyle) dumps her before heading off to Harvard to study Law. Elle is no quitter and so, with the support of her sorority sisters, she studies hard and gets onto the same Harvard course herself. 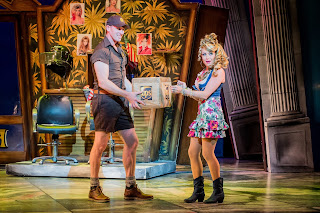 Soon she finds herself making friends with beautician Paulette (Rita Simons), the UPS guy Kyle (Ben Harlow) and standing out in front of her lecturers such as Professor Callaghan (Bill Ward). Will she succeed in love and law? Will she make friends with fellow young lawyers like Emmett (David Barrett) and Warner’s old friend from prep school Vivienne (Laura Harrison)? How will she cope with defending the case of sorority sister and keep fit superstar Brooke Wyndham (Helen Petrovna? 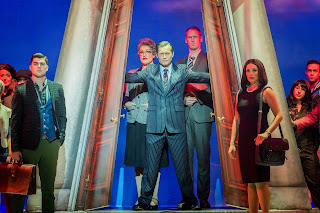 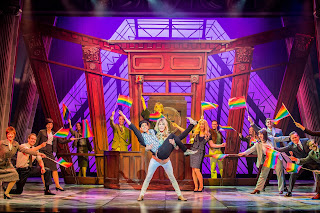 Confession time… we are fans of this musical. The feelgood action is peppered with funny moments. But anyone who has found themselves trying to fit in with another crowd will empathise with Elle’s plight. The musical numbers start off with the up tempo Omigod You Guys which sets the scene. You then have the humour during the music with Bend And Snap and There! Right There! But you also have the necessary pathos in songs like Ireland. In fact the funny moments really help make this an enjoyable night at the theatre. 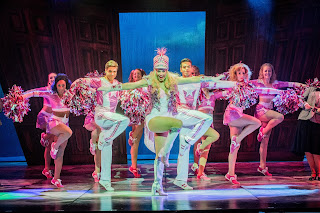 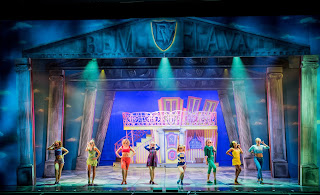 This show is full of dancing.  Director and choreographer Anthony Williams keeps the pace up throughout the show. Perhaps the most impressive sequence was watching Helen Petronova singing and skipping during Whipped Into Shape, especially when the ropes all lit up. 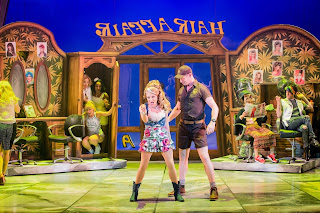 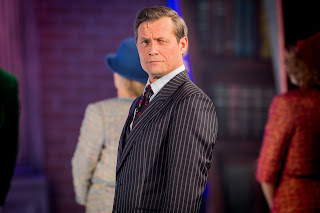 The set design was different to previous tours of Legally Blonde and this had a fresh approach which supported the flow of the action. The audience were also given spectacular finishes to both acts 1 and 2. The show has a large live band under musical director James McCollagh which kept the pulse going. The singing was fabulous. Not just with Helen’s energetic number but X Factor finalist and singer of last year’s UK entry for the Eurovision Song Contest Lucie Jones was magnificent throughout the show. 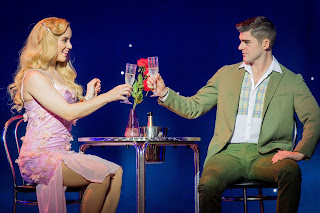 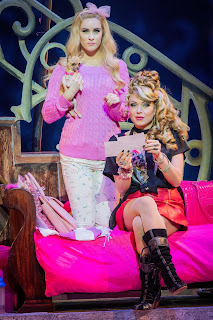 This is a great show with an enthusiastic cast ranging from the almost panto villainy of Bill Wards Professor through to David Barrett as the patient Emmett. But any review of this show has to mention the 2 fabulous show stealers Bruisey and Frank who are the 2 dogs Bruiser and Rufus, who were both adorable whenever they were on stage. The standing ovation at the end was well deserved.

Tickets: Tickets available in person at the Box Office on High Street West, from the Ticket Centre on 0844 871 3022* or online ticket Link from our affiliates ATG Tickets: http://bit.ly/LegallyBlondeSund #Ad
*Calls cost 7p per minute plus your plus your phone company's access charge. Booking and transaction fees may apply.
Posted by North East Theatre Guide at 01:01