"We danced, we jived and we had the time of our lives!" 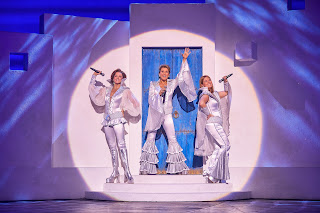 You’d be hard pushed to have never heard of Mamma Mia the musical. Originally a Broadway show that got the big screen treatment with huge stars taking on the roles. Both the film and stage show are loosely based on a 1968 film called Bouna Sera, Mrs Campbell. Featuring music by global hit sensations ABBA. Having played in the West End for 23 years and seen by over 65 million people in more than 450 cities, Mamma Mia truly is a global phenomenon. Having said all of that it would be easy to assume the show would be tired. That is not the case! 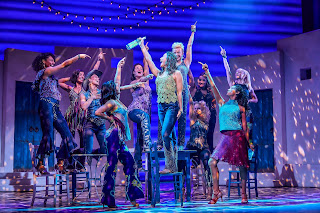 Featuring over 20 of ABBA’s most recognisable hits, a huge cast and ensemble this feels as fresh as a brand new show. On a tiny Greek island a wedding is about to take place! I won’t bore you with the story because you probably already know it and truth be told it doesn’t really matter. Mamma Mia is a rollercoaster of music, lights and pure joy. This is theatre that was made to be enjoyed. Sure there are touching moments but ultimately you’ll have a smile on your face for the majority of the show. 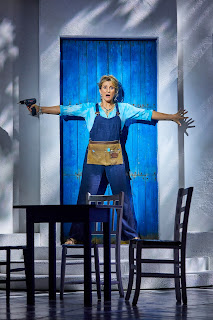 It’s hard to pick out cast members in what feels very much like an ensemble show with a cast who look as though they’re having just as much fun as the audience and that really is infectious. There is a lot of comedy which had the packed out empire audience in hysterics and then when Donna (Sara Poyzer) belted out ‘The Winner Takes it All’ you could hear a pin drop. The character of Bill Austin, one of the potential fathers, is played by Phil Corbitt and his Geordie character had the audience lapping it up, ‘Take a Chance on Me’ with Rosie (Nicky Swift) was a particular favourite for me. Much of the truly side splitting humour came from Pepper (James Willoughby Moore) who’s physicality as an actor was awe inspiring, I couldn’t take my eyes off him everytime he was on stage. His number, ‘Does Your Mother Know’ with Tanya (Helen Anker) had us laughing the entire time and the two had great chemistry throughout the show. 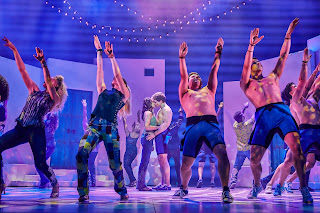 I must commend Mamma Mia for creating so many empowering roles for leading women which is very refreshing to see.

What appears at first as a very minimal stage set is soon used to it’s absolutely potential with brilliant lighting and giving way to huge choreographed numbers with the entire cast which were an absolute feast for the eyes. 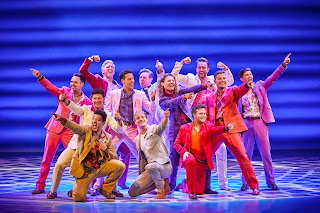 Mamma Mia is a triumph and really is a very enjoyable night at the theatre. It’s camp, it’s loud, it’s bright and it is so unashamedly fun! The cast were shining like the sun. We were all smiling and having fun and the show really does feel like a number one!

It’s no wonder the entire audience gave the show a standing ovation and everyone carried on dancing until the very last note of the show was played. 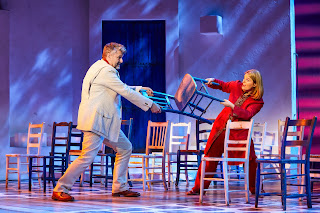