Rachel Stockdale, a fat, benefit class actress from Middlesbrough is inviting anyone who’s ever put on or lost weight, anyone who had free school meals and anyone who feels they ‘don’t fit’ to join her for her brand new celebratory one-woman play Fat Chance at Newcastle’s Live Theatre on Friday 22 July at 6pm and Saturday 23 July at 2pm and 6pm. 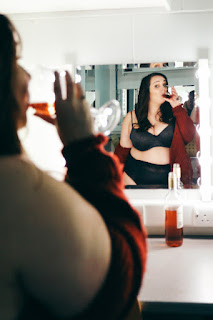 This funny and politically powerful show explores Rachel’s true-life experience of weight gain from size 8 to 18 and the challenges she has faced along the way in her effort to carve out a career as an actress. As Rachel explains:

“Fat Chance condenses my twenties into a 60 minute show which examines everything from the changing relationship I’ve had with my body, other people’s fear of fatness and class stigma.

“Since the age of seven I wanted to be an actor. After growing up in a single parent family on benefits living in the top 1% of underprivileged areas in the UK - central Middlesbrough - I went on to graduate from drama school after gaining a scholarship. Since then in my career as a professional actor I’ve been told from top agents that even though I have talent I’m 'too fat, Northern and female'. Fat Chance is a funny, reflective look at my life and struggles to succeed in an industry that doesn’t want to represent people like me." 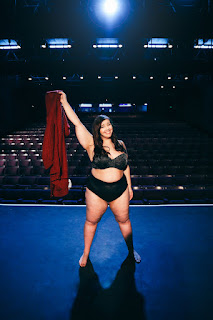 To coincide with the play Rachel is working with year 9 to year 11 pupils at Laurence Jackson School in Redcar & Cleveland as well as a group of benefit and working-class people in Middlesbrough looking at career paths in the industry and how to create their own work.

Following its preview performances at Newcastle’s Live Theatre Fat Chance will be heading to Edinburgh Festival Fringe where it will be performed at The Pleasance JackDome from 3 to 28 August 2022.

Rachel said “After four years in development I was so excited (maybe even just a little bit tipsy) to find out that we had successfully secured funding from the National Lottery via Arts Council England to share Fat Chance with audiences in Newcastle. However, as you’re not able to get funding to take plays to the Fringe, making for an incredibly upper class playing field in Scotland every summer, our next challenge is to secure enough money to cover our costs so that we can share this important story with more people.” 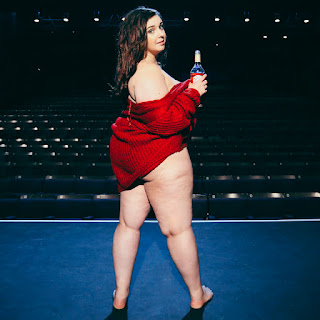 Fat Chance has been made possible with funding from the National Lottery through Arts Council England and with kind support from Gala Durham, ARC Stockton and Live Theatre.

To show your support and donate to the ‘Get Fat Chance to the Fringe’ campaign visit www.gofundme.com/f/get-fat-chance-to-the-fringe.

Fat Chance will be on at Newcastle’s Live Theatre on Friday 22 July at 6pm and on Saturday 23 July at 2pm and 6pm and is suitable for people aged 16+. To find out more and book tickets visit www.live.org.uk/whats-on/edinburgh-previews-fat-chance or contact the box office on (0191) 232 1232.