Audiences will be swept off their feet by the romance and passion of Rodgers & Hammerstein’s South Pacific when the critically acclaimed, landmark production comes to Newcastle Theatre Royal for a much-anticipated run from Tuesday 20 – Saturday 24 September 2022. 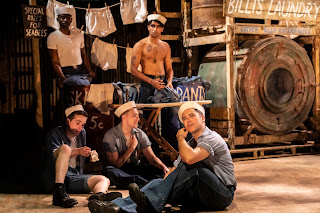 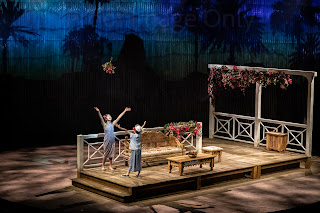 West End, Broadway and screen star Julian Ovenden and Gina Beck - whose West End credits include Matilda, Wicked, The Phantom of the Opera and Les Misérables) - reprise their roles to lead a sensational cast of over thirty performers.

TV favourite Lee Ross – who many will recognise as Owen Turner in EastEnders – will play the role of Luther Billis alongside Rob Houchen as Lieutenant Joseph Cable, Joanna Ampil as Bloody Mary and Sera Maehara as Liat.

South Pacific tells the story of plantation owner Emile de Becque, played by Julian Ovenden – perhaps best known for playing Charles Blake in the ITV hit Downtown Abbey - who falls in love with Ensign Nellie Forbush (Gina Beck). Featuring a full orchestra, this ravishing musical is widely recognised as one of the most popular musicals of all time and is set to be one of the must-see theatrical events of the year. 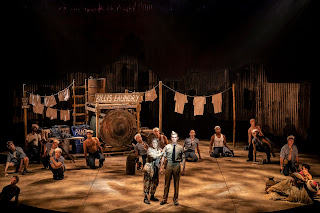 Boasting one of Rodgers & Hammerstein’s most memorable scores, this much-loved Tony and Pulitzer Prize-winning musical features songs such as Some Enchanted Evening, I’m Gonna Wash That Man Right Outa My Hair and Bali Ha’i.

The beloved musical enjoyed a sell-out run at the Chichester Festival Theatre last summer where it received standing ovations night after night, and with stunning sets and sumptuous costumes alongside instantly recognisable songs, South Pacific is set to delight and thrill audiences from across the North East during its week-long run. 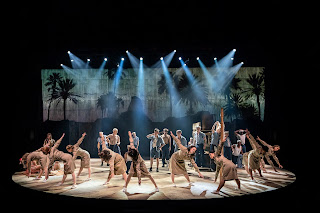 South Pacific plays at Newcastle Theatre Royal on Tuesday 20 – Saturday 24 September 2022 with evening performances each night at 7.30pm and matinee performances on Wednesday and Thursday at 2pm and Saturday at 2.30pm. Tickets are priced from £20.00 and can be purchased at www.theatreroyal.co.uk or from the Theatre Royal Box Office on 0191 232 7010.