Preview: Priscilla Queen Of The Desert at Newcastle Tyne Theatre

The Adventures of Priscilla Queen Of The Desert

Based on the 1994 Australian movie The Adventures of Priscilla Queen Of The Desert, the show is being produced by 'Astravaganza Entertainment' at Newcastle’s Tyne Theatre and Opera House this July. 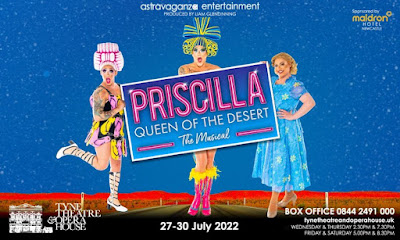 Astravaganza’s Managing Director and the show’s Producer, Liam Glendinning said: “We are absolutely thrilled and delighted that our production of Priscilla which was previously staged at the venue in February 2017 to sell out crowds is coming back to delight audiences this July.

“It will be the return of an exciting and spectacular production which will capture the imagination of our audiences, as it has done everywhere the show has played. Combined with sumptuous scenery, dazzling costumes and an array of local talent including Schooch’s David Ducasse as Mitzi/Tick, Pat Clutcher as Bernadette and Amandah Hart as Adam/Felicia.”

This feel-good show follows the heart-warming, uplifting adventure of three friends who contract to perform a drag show in a resort in Alice Springs in the Australian desert.

They hop aboard a battered old bus, which they nickname Priscilla, and cross the desert searching for love and friendship and end up finding more than they could ever dream of.

With a hit parade of dancefloor classics including Go West, Girls Just Wanna Have Fun, Hotstuff, I Will Survive and Boogie Wonderland, the show is the ultimate party night for all. 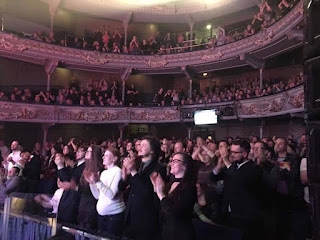 The cast will perform an excerpt from the show at the Northern Pride festival on Sunday 24th July ahead of the show hitting the stage of the Tyne Theatre from Wednesday 27th to Sunday 30th July, 2022 -  2.30pm and 7.30pm Wednesday & Thursday; 5.00pm and 8.30pm on Friday & Saturday.

Tickets can be obtained from https://tinyurl.com/PriscillaAtTheTyne