Preview: A View From The Bridge at Darlington Civic


A View From The Bridge
By Arthur Miller
A production from The Touring Consortium Theatre Company
Darlington Civic Theatre
Tuesday 17th March to Saturday 21 March 2015
This gripping and passionate drama ranks as one of the great classics of our time; a powerful and deeply moving play. 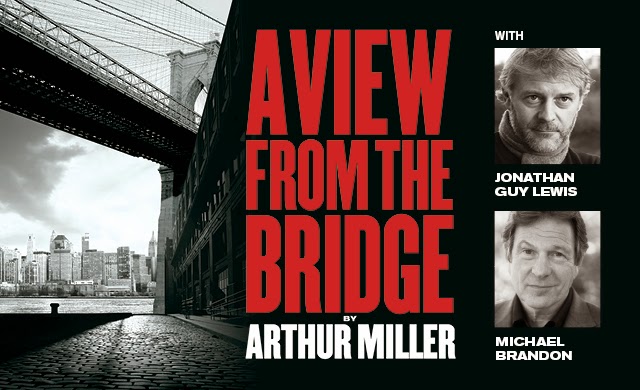 2015 marks the centenary of Arthur Miller’s birth and Darlington Civic Theatre is delighted to be celebrating it with a production of one of his most popular plays as The Touring Consortium Theatre Company present the modern classic A View from the Bridge.
Set in 1950s New Yorkand crackling with raw emotion, this American classic simmers with tension as longshoreman Eddie Carbone's obsession with his orphaned niece spirals out of control. In a close Italian immigrant community bound by codes of justice and vengeance, the scene is set for disaster when Eddie and his wife welcome Sicilian cousins into their home.
Sexual repression, paranoia and homophobia drive Eddie to an act of betrayal that has tragic consequences for himself, his family and the whole community. This dark and passionate tale ranks as one of the great classics of our time.

Arthur Miller’s A View From The Bridge starring Michael Brandon (Dempsey & Makepiece, Mr Selfridge, Hustle, Doctor Who) and Jonathan Guy Lewis (Skins, Holby City, Heartbeat) will play at Darlington Civic Theatre from Tuesday 17 to Saturday 21 March. The cast will also include Teresa Banham (Vera, Agatha Christie’s Poirot, Silent Witness), Daisy Boulton, James Rastall, Philip Cairns, Orestes Sophocleous, John Alistair, Paul Chesterton and Ben Woodhall.
Also in the cast will be a small group of local actors who went through an audition process to be picked by the production company to appear in the Darlington leg of the tour. Auditionees included emerging professionals, a maths teacher, a TA volunteer, keen amateur performers and a mum of two with a dream of treading the boards.

Tickets:
A View from the Bridge runs at Darlington Civic Theatre from Tuesday March 17 to Saturday March 21.
Evenings 7.30pm, Matinees Thu 2pm, Sat 2.30pm
Tickets* are priced from £17.40
To book contact the Box Office on 01325 486 555 or visit www.darlingtoncivic.co.uk
*Includes a £1 restoration levy
Posted by North East Theatre Guide at 21:34