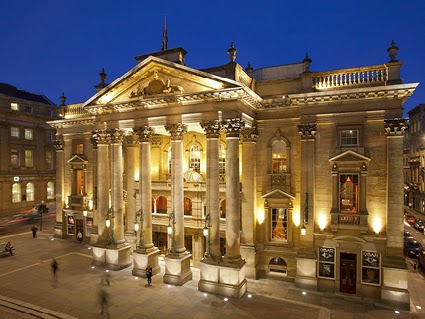 Newcastle Theatre Royal has unveiled a host of new shows for spring / summer ‘15, reinforcing its reputation for bringing the world’s very finest theatre to the heart of the North East. 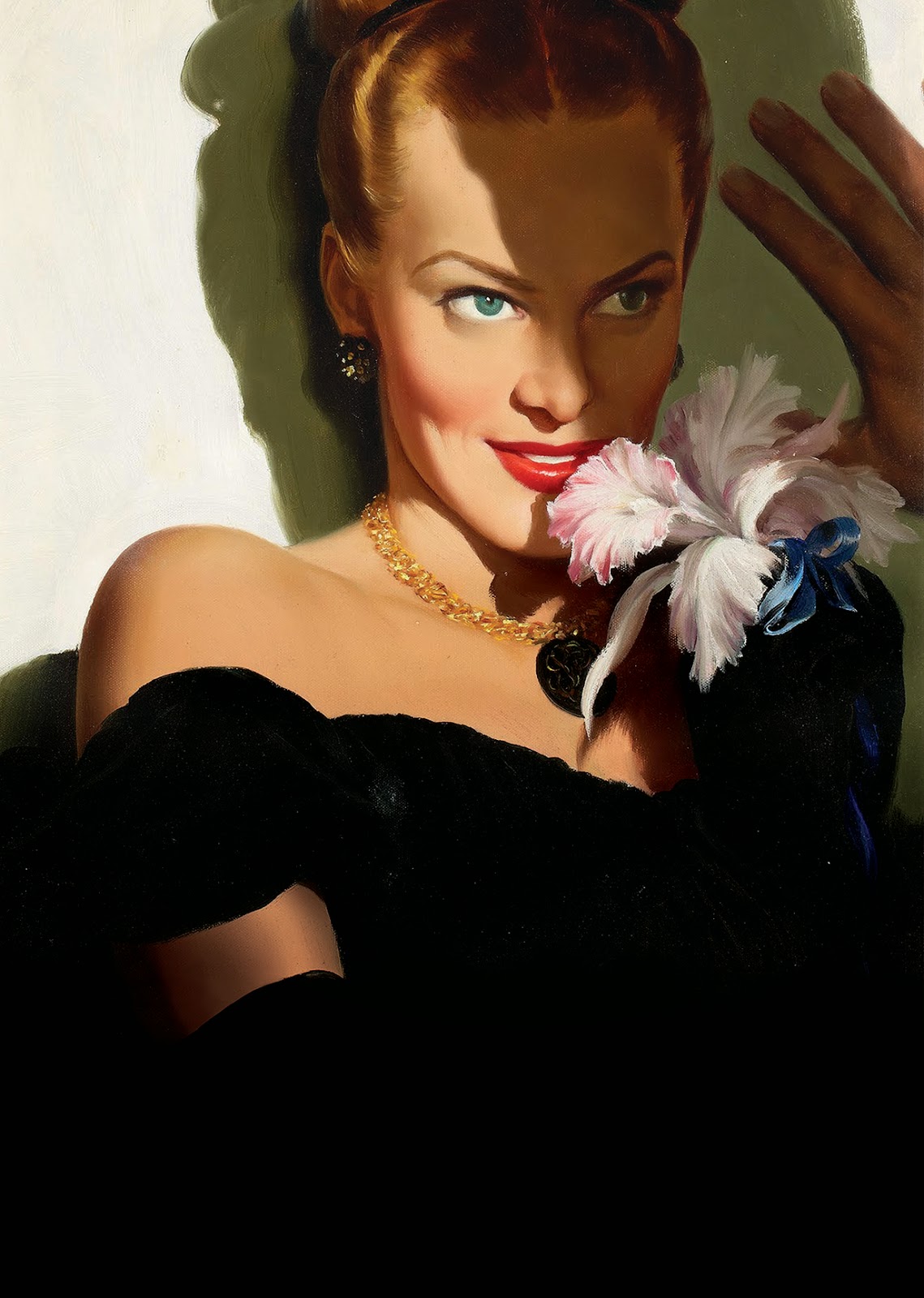 Last night I dreamt I went to Manderley again….One of the world’s most celebrated Theatre companies, Kneehigh, is bringing a spellbinding new production of Daphne Du Maurier’s absorbing masterpiece Rebecca in May (11 – 16 May).  The multi-award winning producers of Brief Encounter have taken the book beloved of generations, which so powerfully conjures romance and intrigue on the Cornish coastline, and turned it into a piece of pure theatrical magic. 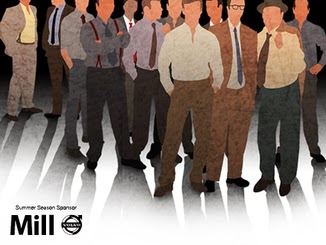 From one nail biter to another, and following its record breaking West End run, a powerful new production of Reginald Rose’s gripping courtroom thriller Twelve Angry Men(15 – 20 June) hits in June.  Hailed as the “classiest, most intelligent drama in the West End”, it brings to the stage the taut brilliance of the 1957 three-time Academy Award nominated film which was produced by and starred Henry Fonda, and is considered to be one of the great ‘must-see’ movies of all time. 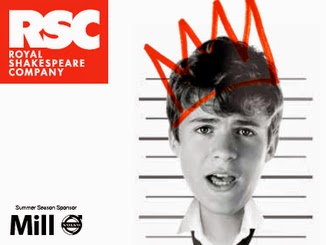 Following a phenomenal Autumn ‘14 season, the legendary Royal Shakespeare Company is back in June with its First Encounters - Shakespeare for Younger Audiences production of The Famous Victories of Henry V (30 June).  The show invites young people to get involved in the exhilarating adventure of bad boy Prince Hal as he swaps his rebellious life in London for the battlefields of France and brings together all the exciting moments from three great plays – Henry IV Parts I & II and Henry V. Featuring Shakespeare’s original language, it makes for the perfect first encounter with Shakespeare. 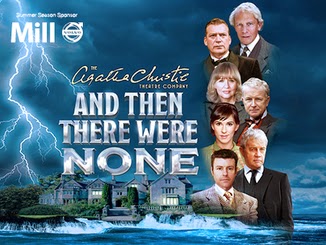 Next year, another famous theatrical institution – the Agatha Christie Theatre Company, celebrates its 10th anniversary.  To mark the event, it’s bringing the best-selling mystery of all time And Then There Were None (27 July – 1 Aug) to the Theatre Royal.  Widely considered Christie’s masterpiece, it tells the dark tale of ten strangers lured to a remote island off the coast of Devon under false pretexts.  Stranded by a torrential storm and haunted by an ancient nursery rhyme, one by one the guests begin to die, but why are they there and who amongst them is the killer? 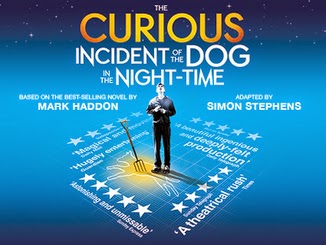 The National Theatre’s multi award-winning production of The Curious Incident of the Dog in the Night-Time is also set to visit (27 Jan – 7 Feb) on its first UK tour.  Simon Stephens’ adaptation of Mark Haddon’s best-selling novel received seven Olivier Awards in 2013 including Best New Play, Best Director, Best Lighting Design and Best Sound Design.  It also won the South Bank Sky Arts Award for Theatre and has been seen by over 200,000 people during its run in the West End. The Jowheretogo Preview is here. 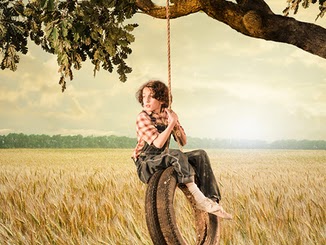 Four more major new dramas will also visit in the Spring. Direct from the West Endcomes a critically acclaimed new stage adaptation of Harper Lee’s Pulitzer Prize-winning novel To Kill a Mockingbird (20 - 25 April). An utterly enchanting and enthralling production from the award-winning Regent’s Park Theatre, it captures all the warmth and poignancy of this best-loved classic. 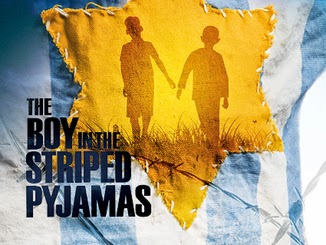 The Boy in the Striped Pyjamas (19 - 23 May) is a world premiere stage adaptation of the best-selling novel by John Boyne.  Set during World War II it is the heart-wrenching tale of an unlikely friendship between two innocent boys, and promises a deeply moving and thought provoking production.  It is brought by The Children’s Touring Partnership, acclaimed producers of Swallows and Amazons and Goodnight Mister Tom. 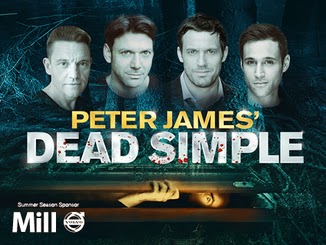 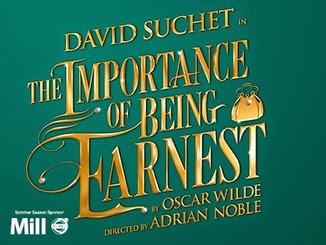 In addition, before it heads to the West End, Theatre Royal is honoured to host Oscar Wilde’s much loved masterpiece The Importance of Being Earnest  (8 – 13 June) starring none other than Emmy-award winning David Suchet as Lady Bracknell.  One of the funniest plays in the English language, Wilde’s superb satire on Victorian manners is full of delightful repartee and hilarious pomposity. 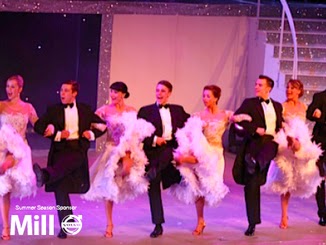 For lovers of all things musical, a new production of classic show Putting on the Ritz(2 – 6 June) will bring some glittering summer delight.  Recreating live on stage the most famous song and dance moments of the last 50 years from the golden age of Hollywood, the show takes the audience on a wonderfully nostalgic journey full of glamour and pizazz.  It features music from George Gershwin, Irving Berlin, Cole Porter and more with a cast of award-winning singers and dancers. Dreamboats and Miniskirts (20 – 24 Jan) is the sequel to the hugely successful musical Dreamboats and Petticoats, and is brought by the same team.Set this time in 1963, we meet up again with Norman and Sue and Bobby and Laura and see how their lives are developing against the swinging backdrop of the Beatles and Merseyside sound.  Like its predecessor, the show is packed with the biggest hits of the era including A Picture of You, It’s In His Kiss, andHippy Hippy Shake. Jowheretogo Preview is here. Jowheretogo have reviewed this show in 2014 here.

Cameron Mackintosh and Michael Harrison’s exhilarating musical Barnum(17 – 28 Feb) celebrates the irrepressible imagination and dreams of America’s Greatest Showman and stars Brian Conley in the title role. The Jowheretogo Review from 2014 is here. 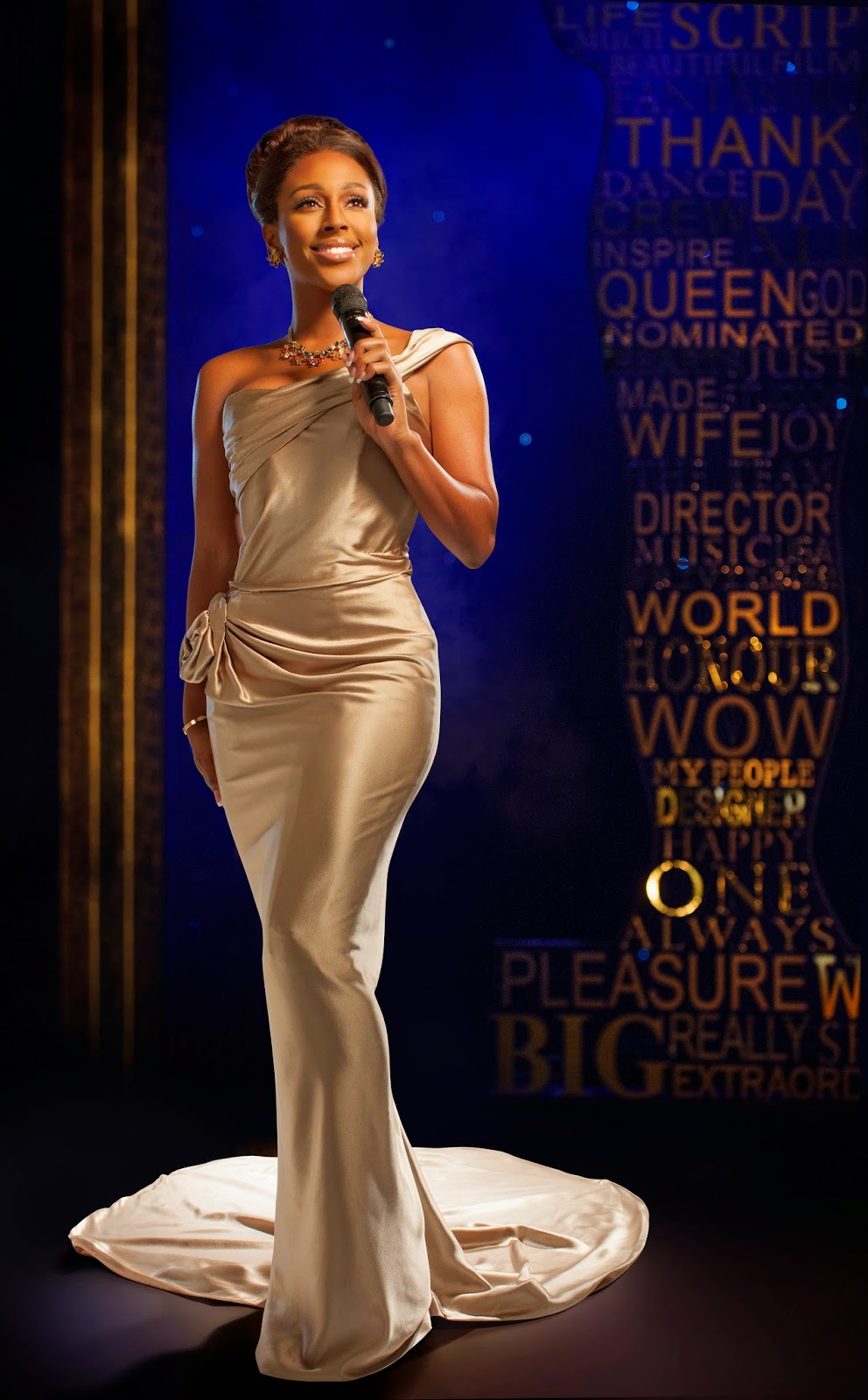 One of the year’s most hotly anticipated shows, the multi award winning West End musical The Bodyguard (1 – 18 April) will visit in the Spring on its first ever UK tour.  Booking opened in April ‘14 in order to accommodate heavy early demand.  Produced by Michael Harrison and David Ian and based on Lawrence Kasdan’s 1992 Oscar nominated Warner Bros. film, it opened to rave reviews in London’s West End in December 2012, where it continues to play to packed houses and standing ovations. It has since been nominated for four Laurence Olivier Awards including Best New Musical and Best Set Design, and is 2015’s ‘Must See’.  Just announced - three-time Brit nominee and X Factor winner, Alexandra Burke, will star in the leading role of Rachel Marron, and Consett-born Zoe Birkett (probably best known as the highest placing female contestant in ITV’s Pop Idol, 2002) will play the role during matinee performances. Jowheretogo Preview is here. 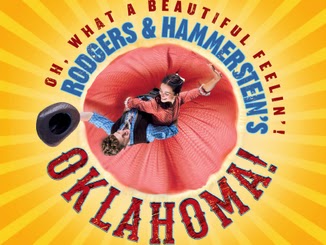 Musical lovers will also delight in the return of a true classic – Rodgers & Hammerstein’s Oklahoma! (23 - 27 June).  As refreshing and thrilling as the day it was written, this sunny show celebrates the vigour of America’s pioneering spirit and overflows with well-known songs and boot-stomping dances.   A brand new production from Music & Lyrics, the award-winning producers of The King & I and Fiddler on the Roof, the show stars Belinda Lang (School for Scandal, Ladies in Lavender) as Aunt Eller with Gary Wilmot (Dirty Rotten Scoundrels) as Ali Hakim. 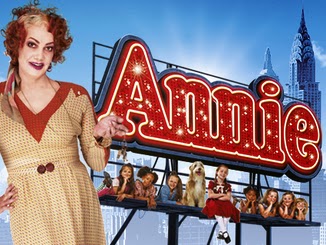 In July Theatre Royal will open a major new tour of the world’s favourite family musical Annie (11-18 July) – our third show from Newcastle-born producer Michael Harrison and starring Craig Revel Horwood, the BBC’s Strictly Come Dancing judge, as the tyrannical Miss Hannigan!  Set in 1930s New York during The Great Depression, brave young Annie is forced to live a life of misery and torment at Miss Hannigan’s orphanage. Determined to find her real parents, her luck changes when she is chosen to spend Christmas at the residence of famous billionaire, Oliver Warbucks. With its award-winning book and score, this new production includes the unforgettable songs ‘Hard Knock Life’, ‘Easy Street’, ‘I Don’t Need Anything But You’ and ‘Tomorrow’. Booking has opened early due to anticipated high demand. 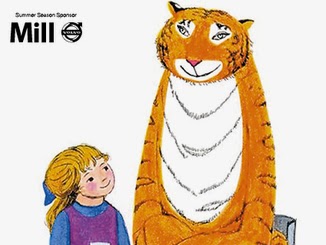 For our younger audiences, the delightful The Tiger Who Came To Tea (3-4 July) is back following a smash-hit West Endseason.  Based on the favourite children’s book by Judith Kerr, this musical play tells the story of Sophie and her mummy who are just sitting down to tea when the doorbell rings. Who could it possibly be? What they certainly don’t expect to see is a big, stripy tiger! Packed with oodles of magic, sing-a-long songs and clumsy chaos this is a stunning stage adaptation of the classic tale of teatime mayhem. 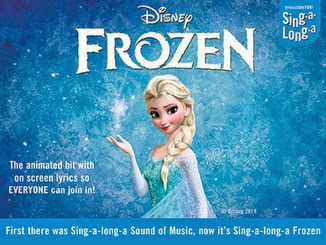 With a second day of shows added due to popular demand, is Sing-a-long-a Frozen (Sun 1 March & Sun 10 May). A box office sell-out across the country, the show features a special screening of Disney’s Frozen with lyrics to help the audience sing along with the characters.  There is a live host and individual pack of props so that each person can interact with the movie.  A must for all little Elsas, Annas and Olafs everywhere!! Jowheretogo Preview is here. 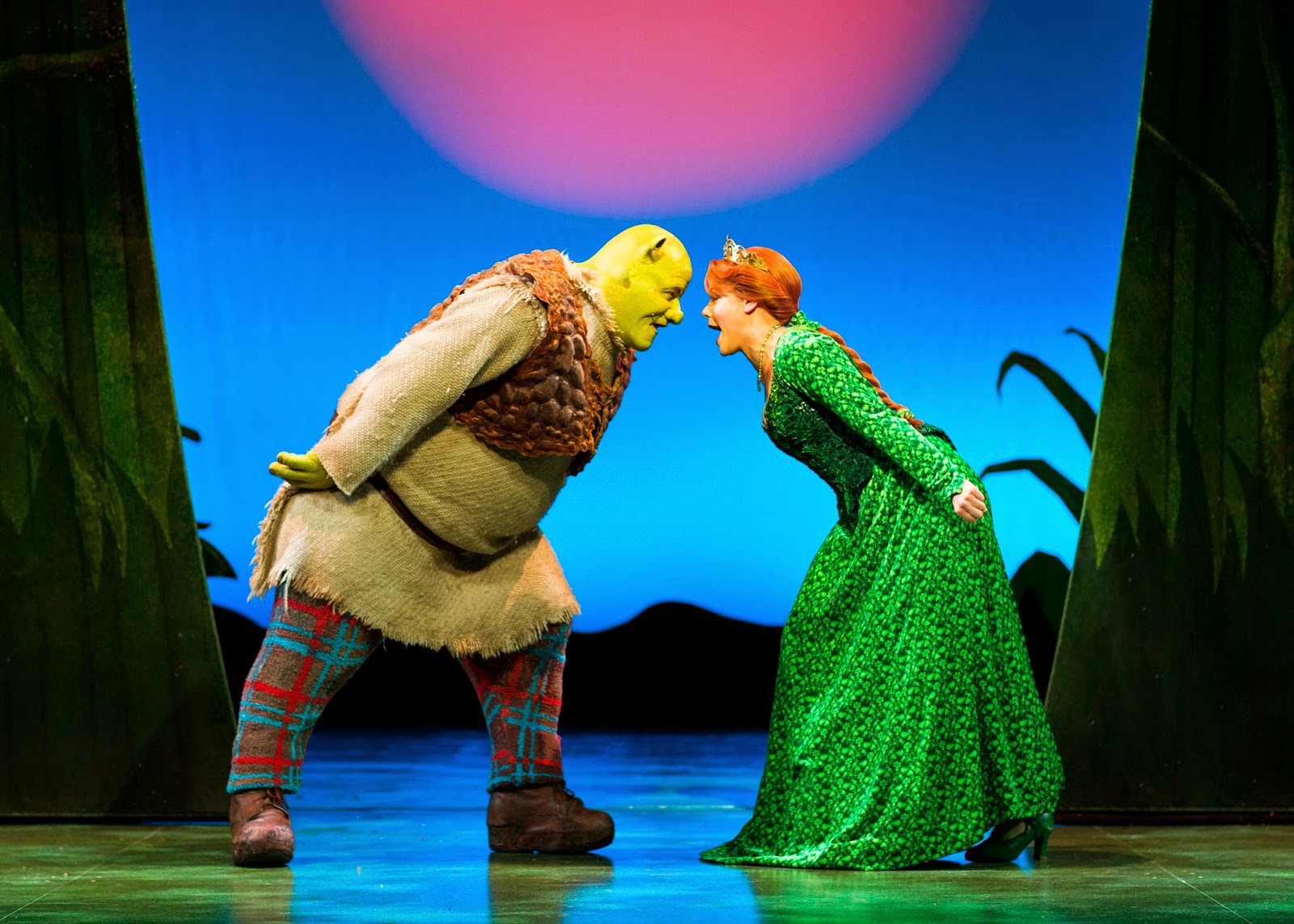 Newcastle will be going green in March (lime green that is!) when everyone’s favourite fairytale ogre arrives with his friends for the first time ever in Shrek The Musical (11 – 29 Mar).  Based on the award-winning DreamWorks animation film and coming direct from the West End this is a must-see show which brings all the much-loved characters to life, live on stage, in an all-singing, all-dancing extravaganza.

A new comedy for 2015 is Peter Pan Goes Wrong (1-4 July) from the award-winning Mischief Theatre Company, the company behind smash hit success The Play That Goes Wrong.  Ariotous new spin on a family favourite, the show introduces us to The Cornley Polytechnic Drama Society who are setting out to present J.M. Barrie’s classic tale of Peter Pan.  But as the title suggests, everything that can go wrong…does, as the accident prone thesps embark on a thrilling adventure to Neverland, with hilariously disastrous results. 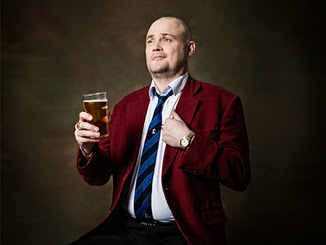 A leading light from the world of stand-up -  Al Murray (8 Feb ‘15), aka ‘The Pub Landlord’ celebrating twenty years as Britain’s favourite publican and bringing his brand new show One Man, One Guvnor  to wow North East audiences in the new year. 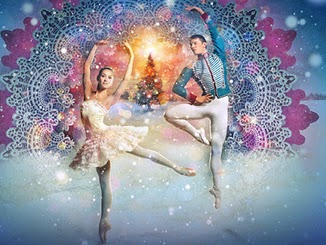 For dance lovers, there are two big treats in store. Scotland’s national dance company Scottish Ballet are returning to the Theatre to take audiences on a journey back into Clara’s magical dream world with Tchaikovsky’s masterpiece The Nutcracker (11-14 Feb).  Originally devised in 1973 by the Company’s founding artistic director, PeterDarrell, this production presents a sumptuous world of plush Victoriana full of festive fare and childhood charm. 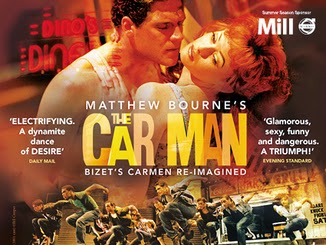 Bizet’s popular opera Carmen is the inspiration for Matthew Bourne’s internationally acclaimed dance thriller The Car Man which will visit in the Spring (28 April – 9 May). First seen in 2000, and winning the Evening Standard Award for ‘Musical Event of the Year’, the show features Bizet’s powerful and instantly recognisable score, but transferred to 1960s America where Lez Brotherston’s epic design, Chris Davey’s evocative lighting and of course Matthew Bourne’s vivid storytelling make for an incredible production. 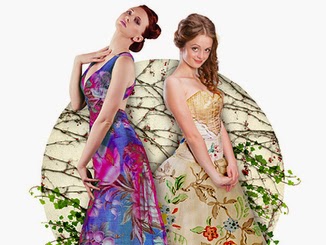 Opera North’s enticing 2015 programme draws works from each of the last four centuries and balances the comic with the serious, and the famous with the little-known.  Alessandro Talevi directs a youthful international cast in the company’s first new staging in 15 years of possibly the most popular opera of all time, Verdi's profoundly moving La Traviata (4 & 6 March). Meanwhile, Jo Davies brings a fresh approach to Mozart’s effervescent comedy The Marriage of Figaro (5 & 7 March). 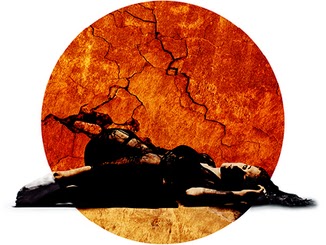 A revival of Falla’s exuberant La Vida Breve (3 March) offers a wonderful celebration of folk-inspired melodies and yet is both tragic and moving.  It is presented in a double-bill with a new staging of Gianni Schicchi (3 March), directed by Christopher Alden, and Opera North’s first production of Puccini's only comic opera in 25 years. 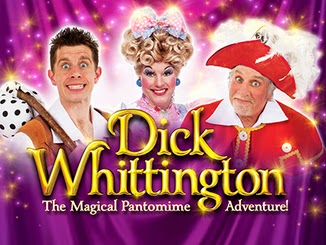 Plus with a staggering 92,000 tickets already sold, our 14/15 Pantomime Snow White and the Seven Dwarfs (running until 18 Jan ‘15) is officially our biggest and fastest selling panto of all time.  Fans better be quick if they want to see Clive, Danny, Chris and the gang in another spectacular production jam-packed with fun, adventure and comedy!
The 2015 summer and autumn seasons at the Theatre Royal are kindly sponsored by Mill Volvo www.millnortheast.co.uk
Tickets:
Tickets for all new shows in the spring / summer 15 season are now on sale.  Tickets can be purchased from the Theatre Royal Box Office on 08448 11 21 21 or select your own seat and book online at www.theatreroyal.co.uk.
Posted by North East Theatre Guide at 23:09