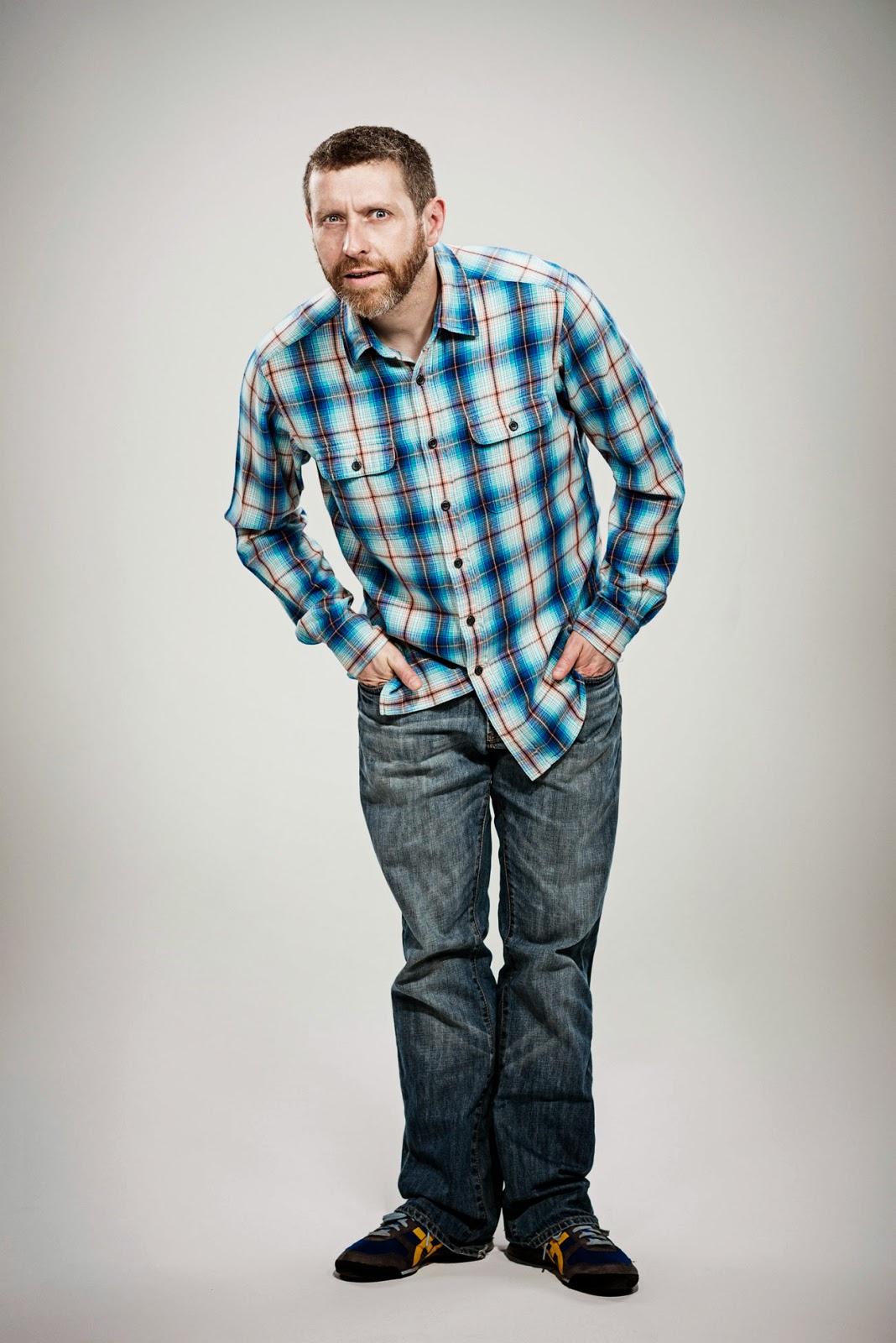 As the second series of the incredibly popular Dave Gorman Modern Life is Goodish hits our screens, the man himself is set to embark on brand new tour, Dave Gorman Gets Straight To The Point*... (*The PowerPoint) in Autumn 2014, which will play at Newcastle Theatre Royal on Sunday 9 November.

This will be Dave Gorman’s first new live show in three years and follows on from Powerpoint Presentation, which went on a three-time-extended nationwide tour of the UK including multiple London dates at the Hammersmith Apollo and the Queen Elizabeth Hall at the Southbank Centre.
Yes. That’s right. It’s a PowerPoint presentation, but don’t worry…you’re in pretty safe (and funny) hands as the show promises more of Dave’s unique blend of stand-up comedy and visual story-telling.
Along with the international tour of Powerpoint Presentation, Dave’s live career has seen him sell out multiple tours of the UK, have two six-week runs off Broadway in New York extended to three months, complete a successful four-month tour of the USA and become responsible for the fastest selling show in the history of the Studio Theatre at The Sydney Opera House.  Live performances have also earned him the title of Best One Person Show at the HBO US Comedy Arts Festival (twice), as well as nominations for the Perrier Award, the South Bank Award (alongside Eddie Izzard and Little Britain) and two nominations for the prestigious American Drama Desk
The first series of Dave Gorman Modern Life is Goodish on Dave TV was the highest rated show on the channel in 2013. The second series aired earlier this week and attracted over 500k viewers!
Dave Gorman said: “As much as I like the modern world, they still haven't invented something that replicates the fun of a theatre and a live audience… so let's do this thing.”
On The Web:
Twitter: https://twitter.com/DaveGorman
Facebook: https://www.facebook.com/pages/Dave-Gorman/34520582002?fref=ts
Website: http://davegorman.com
Tickets:
Dave Gorman Gets Straight To The Point* (*The PowerPoint) appears at Newcastle Theatre Royal Sunday 9 November, 7.30pm.
Tickets are from £21.75 (a booking fee of 95p - £1.95 will apply to most tickets) and can be purchased from the Theatre Royal Box Office on 08448 11 21 21 or select your own seat and book online at www.theatreroyal.co.uk
Posted by North East Theatre Guide at 22:12