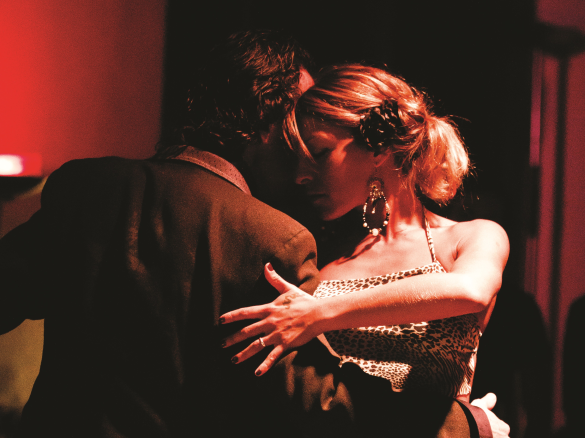 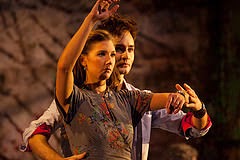 Written by Ron Hutchinson
Based on an original story by Victoria Fischer
Directed by Ron Hutchinson & Max Roberts
Music created & performed by Julian Rowlands
Choreographed by Amir Giles
Designed by Gary McCann
‘You really only get to know someone when you dance Tango with them.’
The cast has been announced for Live Theatre’s new autumn play Flying Into Daylight as Summer Strallen and Jos Vantyler in the two lead roles.  Flying Into Daylight is a vibrant and life-affirming journey with live music and passionate Tango, written by Emmy award-winning screen writer, Ron Hutchinson. It has its World Premiere at Live Theatre from Thursday 27 November to Saturday 20 December 2014. 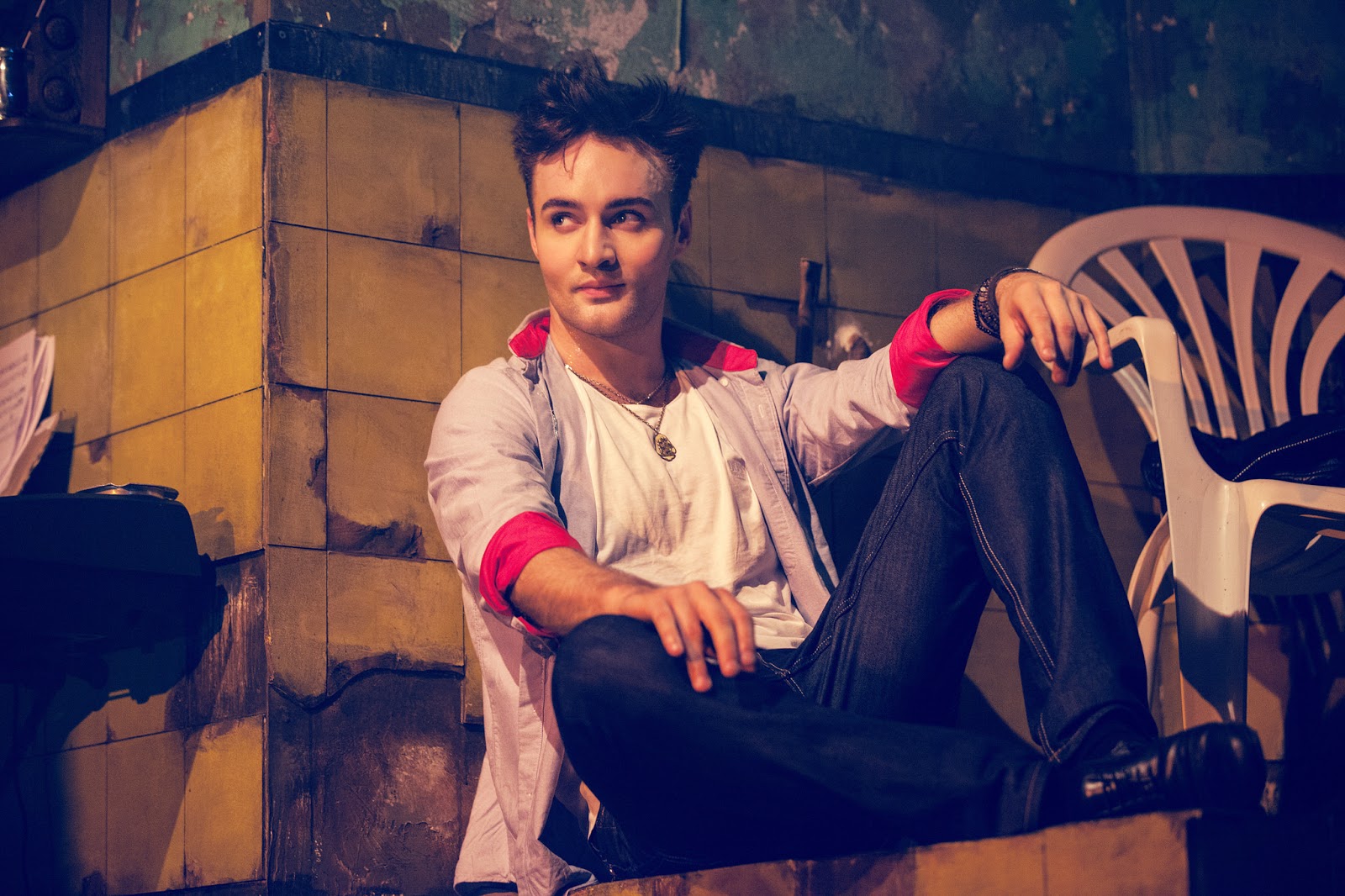 Flying Into Daylight follows Virginiawho walks out on everything she knows leaving the security of her mundane British life to travel 12,000 miles to Buenos Aires to learn the Tango. Live music and passionate dance makes Flying Into Daylight a life affirming journey where seductive rhythms can change lives. It is a Live Theatre production written by Ron Hutchinson, based on an original story by Victoria Fischer and directed by Ron Hutchinson and Live Theatre’s Artistic Director Max Roberts, and is supported by the Friends of Live Theatre.
Summer Strallen takes the lead role of Virginia, the character based on an original true story of a young woman who leaves her mundane life in Britain to travel to Buenos Aires to learn Tango.  Summer has recently been on tour in Ballroom to Broadwaywith Strictly Come Dancing professional Anton Du Beke, which visited Sage Gateshead in March 2014 as part of a national tour. She starred as Dale Tremont in Top Hat at Aldwych Theatre in the West End and as part of a national tour 2012, for which she received her fourth Olivier Award Nomination for 2013 Best Actress in a MusicalSummer also featured in the BBC productions LandGirls, Casualty, Doctors and Hotel Babylon as well as Channel 4’s Hollyoaks.
Summer Strallen said: "The element of questioning one’s life choices like our heroine Virginia really 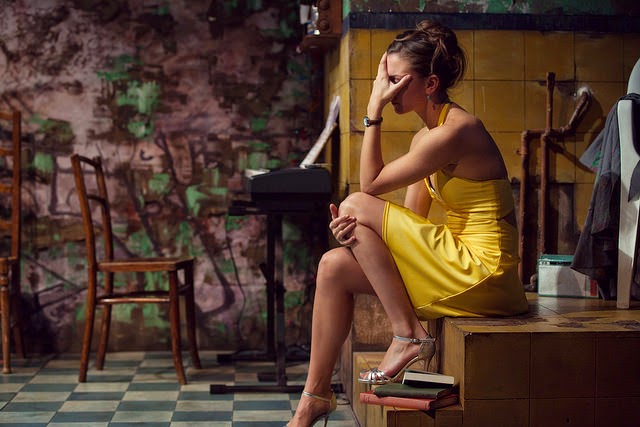 struck a chord with me which is what enticed me to accept the role.  I have always been a fan of Tango and am immensely looking forward to delving deep into it, especially now knowing how easily people can be enamoured by it.  There are going to be intense steps to self-discovery within the dance and the play, not only for Virginiabut for me too due to this being only the second play I will have appeared in. I am hugely excited to fly head first on this journey into the deep, sometimes dark, passionate, intense world as Virginia in Flying Into Daylight."
The show also stars Jos Vantyler who won a Theatre Choice Award for Outstanding Performance in a new play and was nominated a second time for an OffWestEnd Award (Offie) for Best Male Performance of 2012 for his portrayal of the promoter of the Dance Marathon contest in Dead on Her Feet, also written by Ron Hutchinson. Other award-winning and nominated work includes Ghosts by Henrik Ibsen, Arthur Miller’s A View From the Bridge and the Broadway transfer of Prophecy.  He has appeared Knight Spell and the Name of God (Fairmont/HBO) and Here and Now (CBS). Jos Vantyler said: “Ron Hutchinson is a brilliant and thought-provoking writer. I can't think of anything more exciting than working with him on his first writer/director project, Flying Into Daylight at Live Theatre, Newcastlewith Max Roberts. This is much more than a play, it's a show with live music, dance and a powerful contemporary script. Combining all these theatrical forms into a two hander is a wonderful challenge.”
Julian Rowlands, one of Europe’s leading Tango musicians, will create the music for Flying Into Daylightand will play live on stage at each performance. He is a bandoneonist, composer and arranger specialising in Tango, classical and contemporary music. As a member of Tango Siempre he composed and performed the music for Midnight Tango in the West Endand on tour. He has appeared on BBCtelevision’s Strictly Come Dancing, The One Show and Zingzillas, on BBCRadio 3’s In Tune.
Writer Ron Hutchinson is a screenwriter currently based in Los Angeles who won an Emmy Award for Murderers Among Us; The Simon Wiesenthal Story. He has received four other Emmy nominations.  He wrote his first television play Twelve Off The Belt for the BBC, and further television plays and series, including two series of Bird of Prey starring the late Richard Griffiths and Connie, starring Stephanie Beecham.

After moving to Los Angeles he wrote and produced extensively for American cable and network companies, including HBO, ABC, NBC, CBS, Lifetime and Showtime.  His series of five short plays, Hollywood Endings starring Kathleen Turner is due for transmission on BBCRadio 4 in autumn 2014.
Max Roberts, Artistic Director, Live Theatre, said: ‘‘As a new writing theatre we receive lots of scripts. It is very rare indeed that I read a play and say ‘Wow, we should try and do this’. But that is exactly what happened when Ron Hutchinson’s new musical play Flying Into Daylight came to us. The raw, passionate and distinctive music and dance of the Tango aligned with a beautifully written, compelling and life affirming narrative provides the basis of an inherently theatrical experience. This will be yet another not to be missed Live Theatre highlight.’
’
The Tango in the play is choreographed by Amir Giles, a performer and choreographer trained at the Rambert School of Ballet and Contemporary Dance. Amir has performed at the Royal Opera House and on tour, as a swing dancer in the upcoming Marvel Comics’ Avenger's sequel, and as Señor Gomerez in ITV's Mr Selfridge. He has worked with companies including Paramount Pictures, Boy George, Film Four and Royal College of Music. 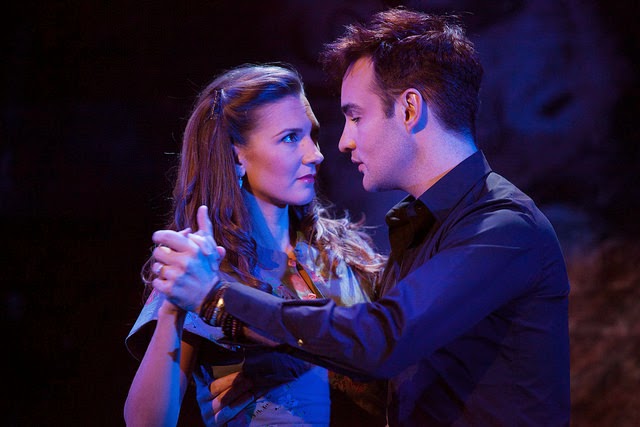 A series of events accompany Flying Into Daylight including a free Meet the Team post show talk with writer Ron Hutchinson, musical director Julian Rowlands, director Max Roberts and the cast on Thursday 4 December at 10.15pm. The play’s musical creator and performer, Julian Rowlands will discuss the Bandoneon, Tango and music in the show in a free post show talk on Sunday 14 December at 6.45pm. 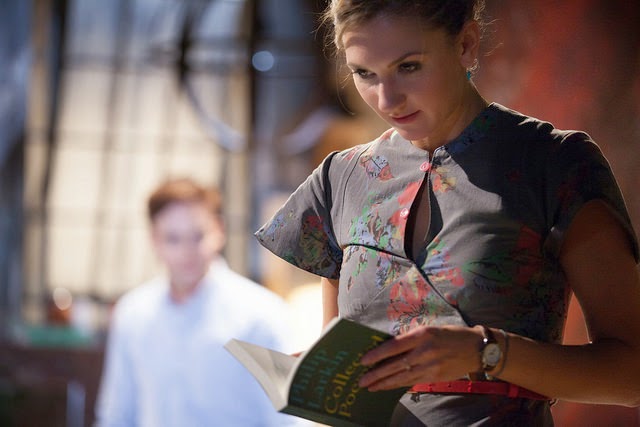 There are also accompanying Beginners Tango lessons on Saturday 6 December, 5pm (sold out) and Thursday 11 December, 6pm, which cost £6 per person and free post show Milongas after the performances on Saturday 13 and 20 December and an Argentinian wine tasting event on Wednesday 10 December, 6pm. Pre-booking required on all events, which have limited places. Corporate and group Christmas hires are available by arrangement, as well as an Argentinian themed three course pre-theatre menu dinner from The Broad Chare.
Tickets:
For more information on Flying Into Daylight and to buy tickets costing between £22 to £10, over 60s concessions from £16 to £10 and other concessions between £15 and £5 call Live Theatre’s box office on (0191) 232 1232 or see www.live.org.uk.
On The Web: