What’s the value of money? 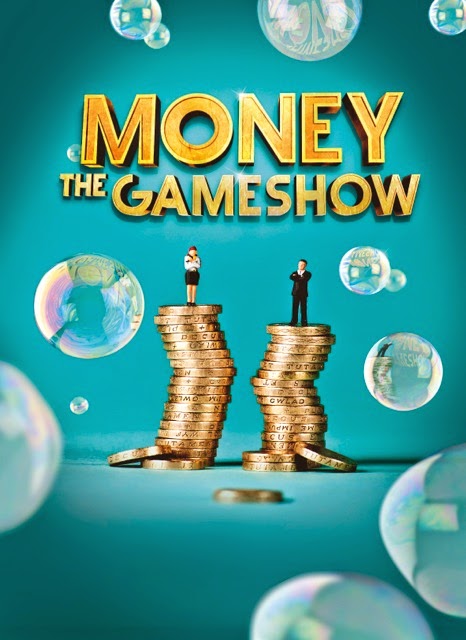 Money The Gameshow
Hexham Queens Hall
Until 25thSeptember then on tour 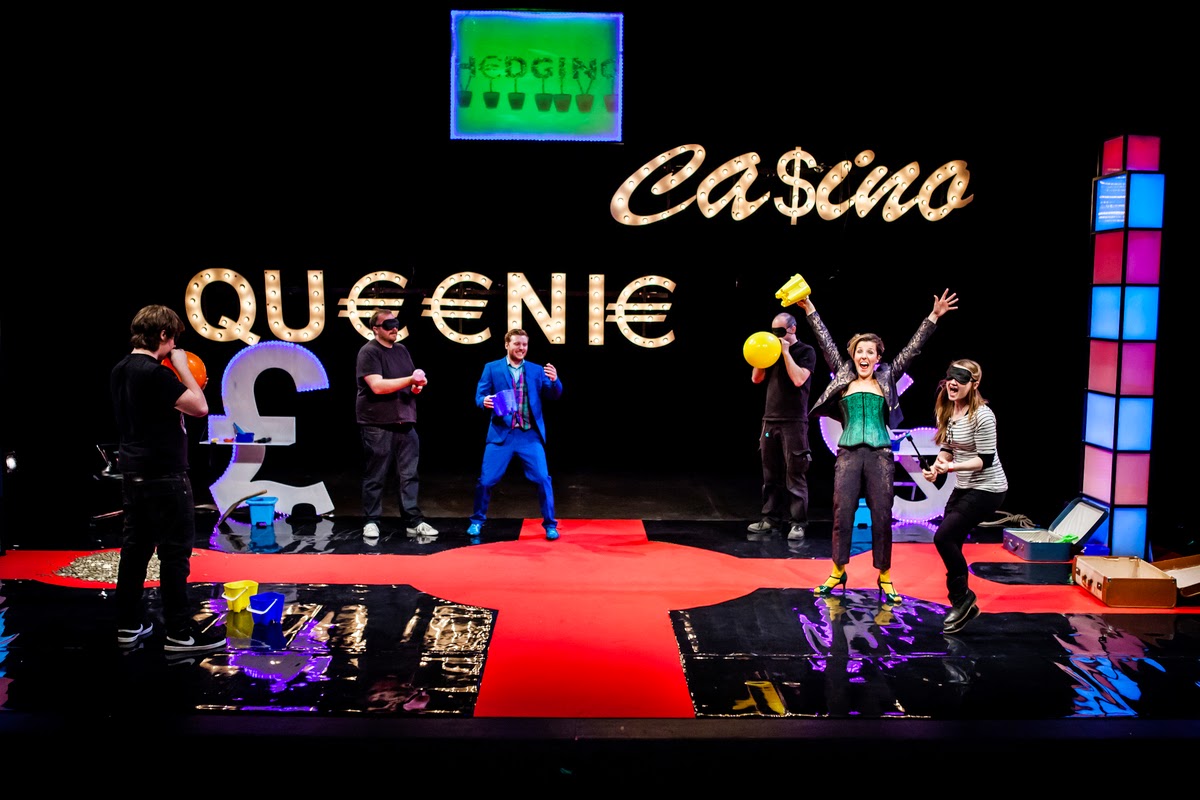 The bursting of the banking bubble affected us all back in 2008. Trying to produce an entertaining production about the causes of a financial disaster may not appear to be the material of a riveting yet extremely entertaining production and yet Clare Duffy has managed to achieve the impossible. By merging the story of the mismanagement of extremely large sums of money with the format of an interactive game show Unlimited Theatre have produced some quality theatre.

The audience are split into two competing teams: the gregarious Queenie leads one team whilst the risk taking Casino takes the other. Suzanne Robertson uses her charisma to encourage the audience, in her Queenie team, onto the stage to take part in challenges. Stuart Ryan, as Casino, has the competitive streak to match that of his female counterpart.  By using a set of straightforward games, the nature of the various banking gambles are explained as each team tries to get its share of the £10, 000 of real pound coins that start the show on the stage.

It is real credit to the actors that people are made to feel at ease and never pushed to do anything that they don’t want to do – this is an interactive show that is not about embarrassing anyone other than the bankers and fund managers in the story.
The set and the lighting help make the scene feel more like a tv game show set than a theatre.  Just like a show on the box, the pace is rapid helping the time to fly by. 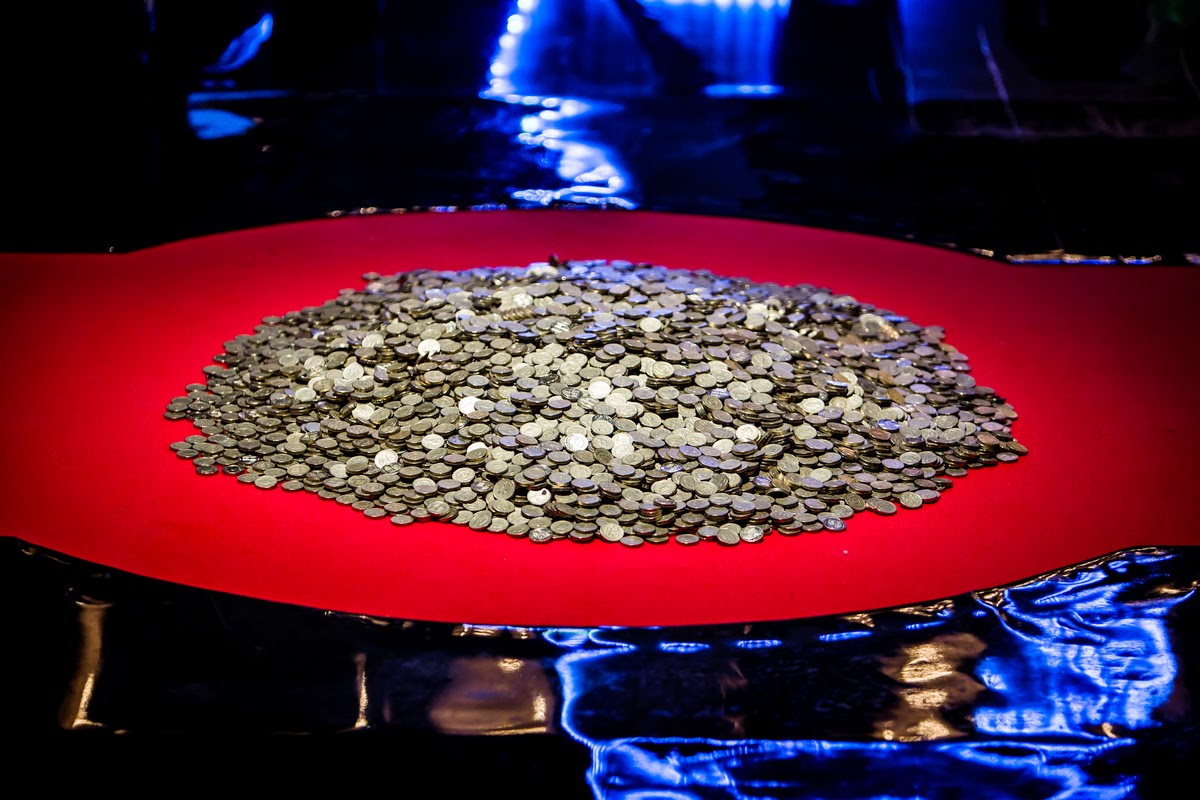