A first for our Theatre Blog... Victoria Ling, from 137 Imaging (www.facebook.com/137imaging)  is guest reviewer:
Cat on a Hot Tin Roof
Northern Stage, Newcastle
Until Saturday 27 September 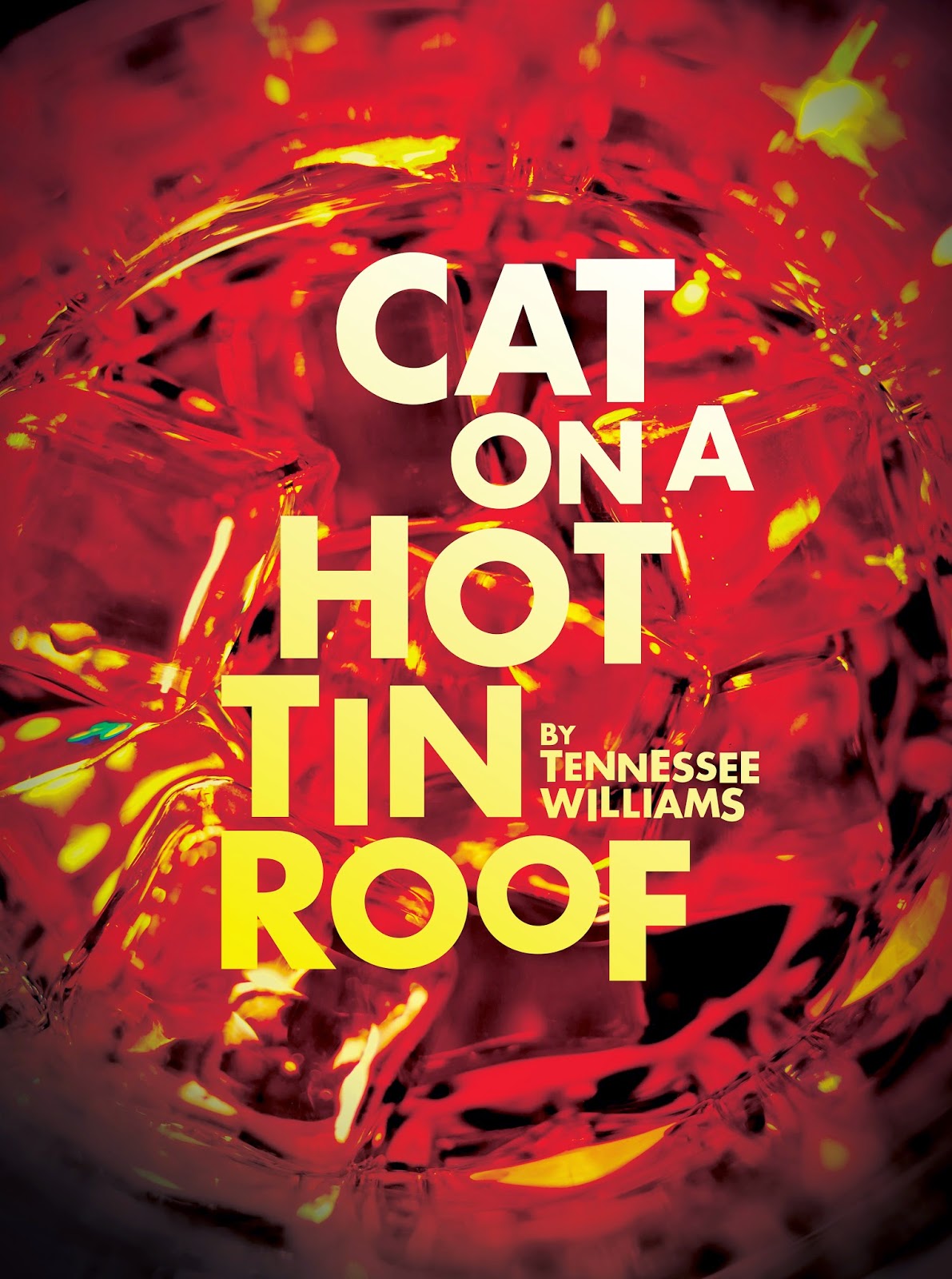 As I stepped into the Stage One of Northern Stage I was excited to see the famous play of which I have never read nor seen the famous film version, then 19:30 struck and a few minutes later we were told that the role of Big Daddy would be played by the actor Sean Murray who would be reading with script in hand (then later in a shorter role of Reverend Tooker – without script) This would be interesting.

So lights down and on with the play.
The set was all white. I guess symbolising the stereotypical big ranch houses of the Deep South, which is the setting of Cat on a Hot Tin Roof! The set also divides the main characters Brick and his wife Maggie’s bedroom from the rest of the house, for example we open the play with Brick having a shower then Maggie coming into the bedroom to get changed and both are in view of the audience.

Act one is basically Maggie in one long monologue after another asking for the love and a baby from her growing alcoholic husband Brick (Charles Aitken). Hats off to Mariah Gale (Maggie) for being able to pull this off without a single breath it seems which actually leaves the audience transfixed.  As the story unfolds though we see that Brick is drinking to get away from a house full of lies and backstabbing all on Big Daddy’s 65th Birthday.

The entrance of Big Daddy (Murray) probably would have been best disguised as if the actor was to hold the script as if it were a newspaper as it would seem to appear on his entrance.  Let’s not take this little blip away from the projection in the acting from Murraythough as he gives a strong performance with a great support from Kim Cresswell’s busy-body Big Mama.  You could actually feel the emotions of Cresswell of wanting to believe Big Daddy only has a spastic colon rather than cancer.

The most powerful scenes are the one-to-one between father and son touching on how two men cannot just have a ‘powerful natural’ friendship without it being seen as homosexuality, and both Brick and Big Daddy show disgust at the lies in their lives.
Throughout the play we see fleeting in and out the neglected eldest son Gooper (Matthew Douglas) and his conniving wife Mae (Victoria Elliott) who also put in strong performances of trying to claim the cotton field ranch on the deathbed of Big Daddy. As a relief from monologues and fighting for estates the characters of the doctor (Kieron Jecchnis) and Reverend Tooker (hero of the night’s production Sean Murray) who actually go against the other characters of truth telling – and with truth the emotions from Big Mama rip raw (I think I even saw tears).

And I guess that what Tennessee Williams is telling us:

“Mendacity is a system that we live in – Liquor is one way out an’ death’s the other” and that “…victory of a cat on a hot tin roof ….(is) just staying on it…as long as you can…”
This review was written by Victoria Ling  for Jowheretogo PR (www.jowheretogo.com). Follow Victoria on twitter @LilVik or follow her photography on Facebook (www.facebook.com/137imaging)
Tickets:
Recommended Age: 12+
Friday 12 September – Saturday 27 September 2014
Times: 7.30pm, plus 2pm matinee on Saturdays and 6pm ‘straight from work’ performance Tuesday 16 September.
No performances on Sundays or Mondays.
Tickets: £24, £19.50 & £14.50 / Students & U21s £12
Box Office: 0191 230 5151
or online at www.northernstage.co.uk
Special Offer: MULTIBUY: You could save yourself a packet.
Booking to see more than one show dramatically reduces the cost of your tickets.  Sit in top-price seats without needing to shell out top-price cash. All you need to do is book your shows in one transaction. - See more at: www.northernstage.co.uk
Captioned performance Thur 25 Sept, 7.30pm
British Sign Language performance Fri 26 Sept, 7.30pm
Touch Tour Sat 27 Sept, 12.30pm
Audio Described performance Sat 27 Sept, 2pm
On The Web:
Website: http://www.northernstage.co.uk/whats-on/cat-on-a-hot-tin-roof
Twitter: https://twitter.com/northernstage
Facebook: www.facebook.com/northernstage
Posted by North East Theatre Guide at 23:09