REVIEW: Singin’ in the Rain at Newcastle Theatre Royal

Singin’ in the Rain 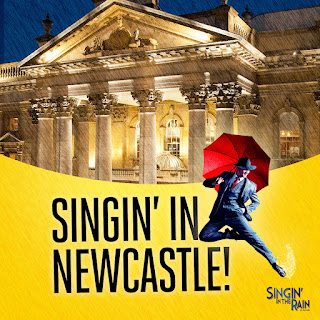 The musical with a unique water feature is back in the region this week. The Theatre Royal audience in the front row will be ready for a novel experience in an indoor theatre. 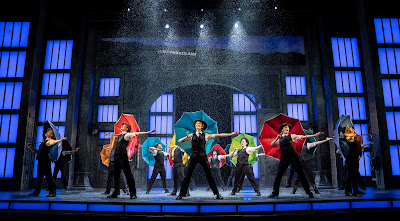 Based upon the 1952 movie, this show feels fresh and exciting. This is as much as anything down to the quality of the writing and the memorable songs including Good Morning, Make ‘Em Laugh, Moses Supposes and of course Singin’ in the Rain. So what is the show about? The action takes place in Hollywood during the transition from silent movies to talkies with sound. This was a time when some actors, like Laurel and Hardy were successful making the transition but others disappeared. Why did they struggle? It was all down to how they sounded and it was not long before Hollywood was up to its old tricks. (Did you know, for example, that the person actually singing the titular role in the film Oliver! is actually the directors daughter?) 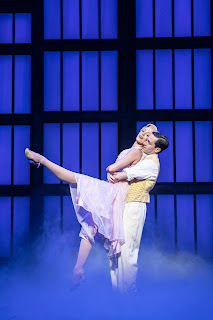 In this production Don Lockwood (Sam Lips) and Lina Lamont (Faye Tozer) are the big silent stars of the silver screen. They keep their fans guessing about any off screen romance when in fact there is no off screen chemistry. However on stage they act professionally as a loving couple, with Lockwood's former stage partner Cosmo Brown (Ross McLaren) playing the piano as they do so. 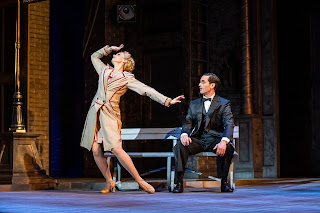 Everything is going well at the premiere of their new film The Royal Rascal until, during the after show party, their producer R.F. Simpson (Dale Rapley) shows them a show reel for "talking pictures". He tries to suggest that it will be a fad and not worth worrying about - he feels that talkies won't catch on. 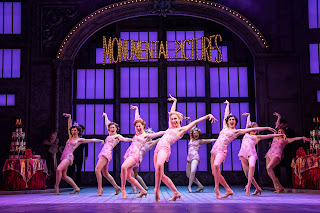 By this point the Theatre Royal is in on another secret: Lina Lamont may look the part in a silent movie but she cannot sing or dance - and her normal talking voice is, shall we say, not what you expect. 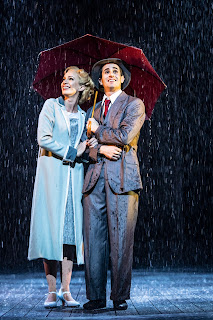 Around this time Lockwood also meets up with another actor whilst trying to escape some fans. Kathy Seldon (Charlotte Gooch) quickly manages to both catch Lockwood's eye and annoy Lamont. 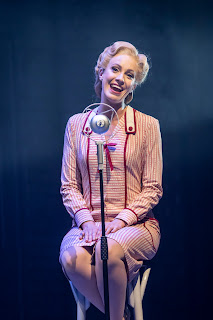 If you have seen the original 1952 movie starring Gene Kelly and Debbie Reynolds, you'll realise that it is at this moment that the fun really begins when the film studio decide to put out a talking picture of their own. 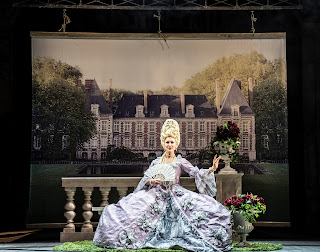 This production is full of great choreography and singing routines from the likes of Sam Lips, Charlotte Gooch and Ross McLaren. Good Morning being a prime example as Andrew Wright's choreography makes maximum use of the Theatre Royal stage.  The show looks good too - a lot of attention to detail has gone into the set and costume design to make the show feel vibrant and modern despite representing a story from 90-100 years ago.

One also needs to mention the special role that Faye Tozer plays. She has to talk and sing in character throughout the show. It must be a challenge for someone who is a talented actor and singer to do so. In fact, her big second act number What's Wrong With Me got one of the biggest applauses of the evening. 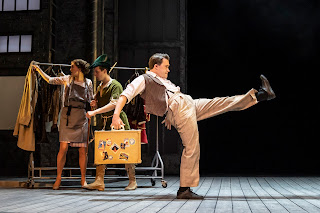 The shows big selling point has to be a set that rains with 14 000 litres of water in each show. This does result in a longer first act than most musicals (about 90 minutes) - as the set needs a major mopping operation after the titular number and before act 2! It has to be said that it is worth it - though if you're in the first 3 rows of the stalls you might want to consider some waterproofs! 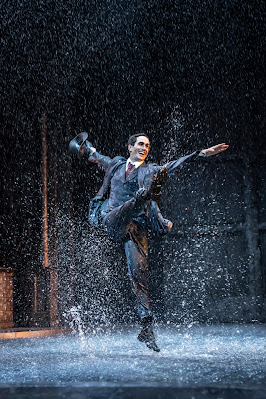 There is much more to the show than a downpour though. The story by Betty Comden and Adolph Green, lyrics by Arthur Freed, and music by Nacio Herb Brown closely follows the classic film musical and the result is often funny, light hearted feel good story. I suspect that it is a rare touring production as a result of the technical side of staging it rather than the show's popularity. The theatre tickets had sold well on press night and the applause was both enthusiastic and well deserved at the end. 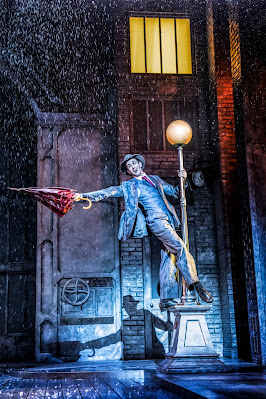 I really enjoyed this show. Even down to the final number when the busy and talented ensemble get their moment with a finale of Singin' In The Rain. This is not a show to have an early exit. 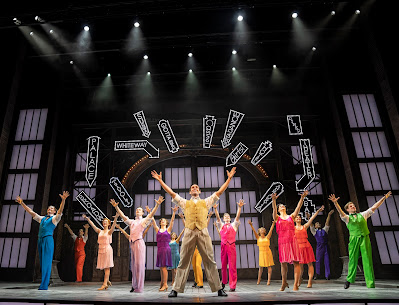