At the invitation of Tyne Theatre & Opera House, audiences in Newcastle are cordially invited to a performance of the smash-hit improvisational comedy Austentatious. The Regency comedy romp stuffed with rakish dukes, swooning ladies, and romantic entanglements aplenty will take to the stage in Newcastle on Friday 7th October 2022. 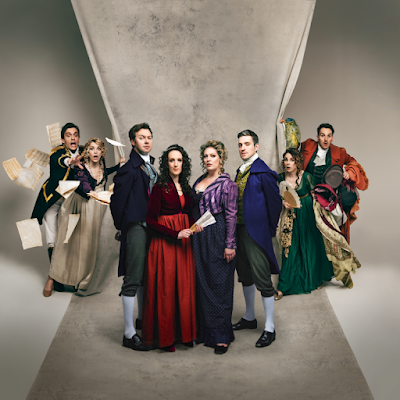 The improvised comedy play boasts a cast of the country’s quickest comic performers including founders Rachel Parris (The Mash Report, Murder in Successville), Andrew Hunter Murray (No Such Thing as a Fish), and many others.

Every single show, the cast conjures up a brand new ‘lost’ Jane Austen novel based on nothing more than a title suggested by the audience. The show comes fresh from multiple sell out runs at the Edinburgh Fringe, a weekly residency in London’s West End and a BBC Radio 4 Christmas special.

No two shows are ever the same, with previous ‘lost’ masterpieces including ‘Crazy Rich Georgians’, ‘Double 0 Darcy’ & ‘Game of Scones’. Performed in period costume with live musical accompaniment, this is a Regency treat guaranteed to delight the whole Ton, Austen novices and die-hard fans alike.

Tickets are priced £19.50 and are available to book online at: https://tinyurl.com/TYNEaustentatious