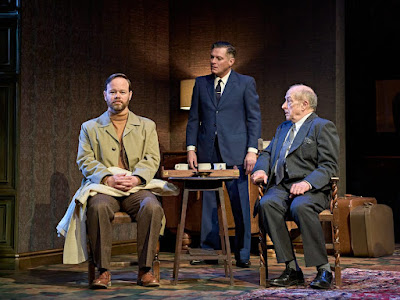 and values held by some of the people at that time. 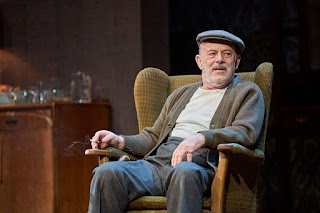 Max is the elderly family patriarch. Keith Allen delivers a performance which

happy to voice. Living under his roof is his brother Sam (Ian Bartholomew)

who is a chauffeur, states that he is successful in his work, plus two of his sons. 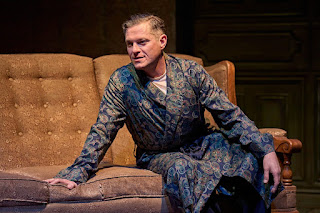 These two sons are a direct contrast to one another. Matthew Horne

delivers a strong performance as Lenny, a man with a gift of the gab who earns

a living off the graft of others. Joey (Geoffrey Lumb) is a much quieter chap

who wants to be a boxer but works in demolition until he makes it. 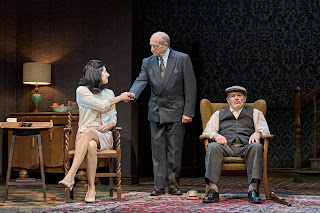 warning.  Teddy (Sam Alexander) lectures at a university in the United States

not mention it to the rest of the family. So Max is surprised when Teddy and Ruth

both appear without warning. 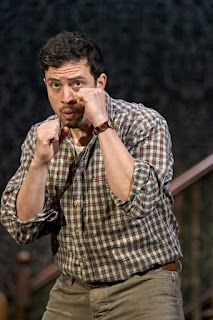 The action then unfolds as each, very different, character tries to get along with

the new arrivals. What is clever is that the action is as much about what is not

actually said than what is said. If, for example, Lenny spouts his opinion then it is

the awkward silence and furtive looks that follow that makes the situation. 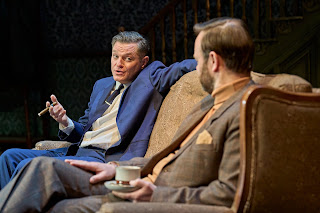 Having said that, the situation is not easy to unpack. At times it is strange

and absurd. You also have values presented that are at odds with present day

thinking. Attitudes towards women, for example, can make this a tough watch. 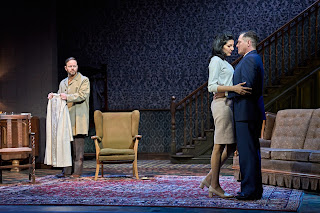 The mid-60s tale is of its time. The cast deliver an emphatic performance that is

interesting, however don’t expect to make sense of it all - I know I didn’t. Some

of the reactions, or the lack of them, are not what you always expect. 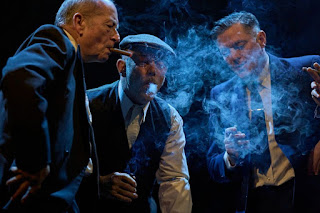 The Homecoming plays at Newcastle Theatre Royal from Tuesday 10 –