Ahead of appearing in Sunderland, Darren Day shares his thoughts on Footloose The Musical 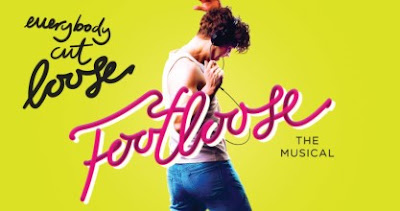 Following two critically acclaimed tours and huge popular demand, Footloose The Musical is back and better than ever! Touring the UK until August. TV star and musical theatre favourite Darren Day joins the cast of the tour as Rev. Moore and we caught up with him to find out a little more about the tour and his role in the show. 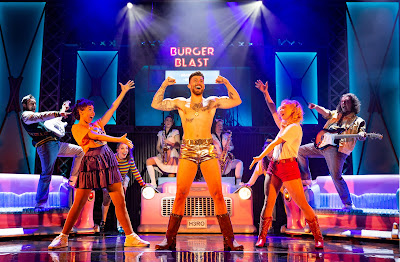 You’re back on the road In Footloose The Musical how does it feel to be back on tour?

We were about to go into rehearsals for Footloose when the Pandemic hit and the tour was rescheduled a few times before dates were set for our 2022 opening, almost a full two years later than originally planned and it is amazing to be back out there with the show.

2020 was devastating for us all.  But coming out of the other end things have really started moving quickly for me. Having not been able to perform during the pandemic, going back on stage and being part of a big musical feels so magical, in the way it felt when I landed the role of Joseph at the Palladium at the beginning of my career.

I recently finished the UK tour of Chicago which was brilliant and during that tour I saw a genuine thirst for live theatre so couldn’t be more delighted than to move straight into another tour with Footloose.

In all of my years as a performer in Musical Theatre I don’t think I have jumped straight from one tour into another… I feel very lucky. 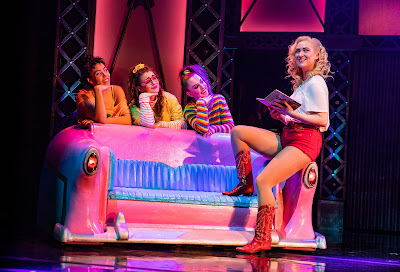 Can you tell us a little bit about this tour of Footloose?

This production of Footloose is particularly a special, even if you have seen it before you will want to see it again… and this new version will blow you away.  It’s been reworked with a new set, new costumes. The lot.

Racky Plews, who’s directing, has brought an edgy and exciting new take on the show. She’s been working closely with the writer of the original movie and songs, Dean Pitchford and his input into this new production has been invaluable.

The cast and the whole team on this are truly ‘the cream of the crop’ a really gifted bunch of performers. Acting, singing, dancing and playing instruments throughout the show. 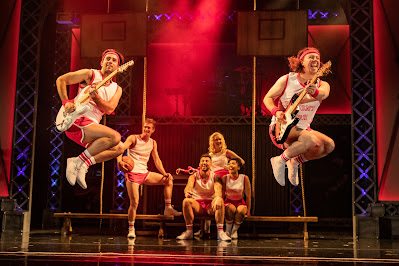 And what about your role as the Reverend?

I’m so happy to be playing the Reverend. Over a decade ago I met with the producers for Footloose and Chicago within about three months of each other. I was told I didn’t look old enough! So … the only downside of me playing these two roles back-to-back is that I must now look ‘old enough!!’

Since those meetings all those years ago Billy Flynn and the Reverend have been on my bucket list of roles I desperately wanted to play, so to get the opportunity to play them both in one year is incredibly exciting for me and I feel deeply grateful.

Having a teenage daughter myself (in real life!) I have a lot of ‘method’ experience to draw upon! It’s tough letting your ‘little princess’ out into the big bad world! 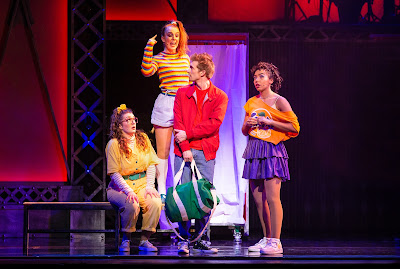 What do you think keeps Footloose so fresh and keeps audiences coming back for more?

The great thing about Footloose which I think separates it from other ‘jukebox’ shows is that Dean Pitchford wrote the songs specifically for the movie. So, not only are these songs instantly recognisable the second the intro to them begins. They also carry the plot forward in a very truthful way. Apologies for that sounding incredibly ‘arty’ and ‘theatrical’ but they do!

In the show there are these massive hit tunes that everyone recognises along with a strong and beautiful storyline.  It’s a really feel-good show – no doubt about it. 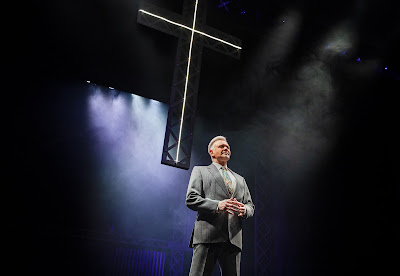 Do you have a favourite moment in the show?

I guess one of my favourite moments in the show is my solo song ‘Heaven Help Me’ It’s a brilliant tune with beautifully written lyrics. Also the poignant moments with the Reverend’s daughter are lovely to play - and the revelations that happen to him.

My favourite moment in the rehearsal room was when I sat and watched the cast perform the opening number of the title song. I got goosebumps and thought to myself if this is how it feels in a rehearsal room the way it’s going to feel with a set, costumes and on a stage with an audience will be breath-taking. 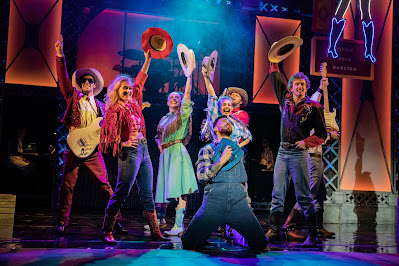 Finally – why do you think people should come and see Footloose this year across the UK?

You are going to have the most incredible night. You’re going to hear songs that are instantly recognisable, and I challenge you not to sing along to them. There are big numbers, there’s a beautiful story going on, the cast are ridiculously talented.  You’ll leave the theatre buzzing after having a very special night out.  We will have a ball and I can’t wait to see everyone up on their feet at the end to cut loose!

Based on the 1980s screen sensation which took the world by storm, Footloose The Musical sizzles with spirit, fun and the best in UK musical talent. With cutting edge modern choreography, you'll enjoy classic 80s hits including Holding Out for a Hero, Almost Paradise, Let's Hear It For The Boy and of course the unforgettable title track Footloose.

Everybody cut loose for a night of dazzling excitement music and dancing!

Footloose appears at the Sunderland Empire from Monday 6 June to Saturday 11 June 2022. Prices are from £13* and are available online from our affiliates ATG Tickets: https://tinyurl.com/sundFOOTLOOSE*