CHAMPIONING THE NEW, THE UNHEARD AND THE UNEXPECTED.

Live Theatre, Newcastle is delighted to announce Jack McNamara’s ambitious first season as Artistic Director. As the joint CEO with Jacqui Kell, the season is the first to be produced under Live Theatre’s new joint leadership model, marking a new era for the Quayside venue as it approaches its 50th year. Over the season the theatre will focus on giving a platform to new and radical talent from the region with many artists finding themselves on Live’s iconic stage for the very first time. 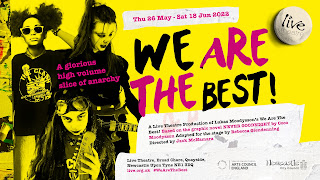 The season opens on Thursday 26 May with a major world premiere of We Are The Best! Jack McNamara makes his directorial debut at the venue with this dryly comic slice of anarchy about three school kids who find their voice in the world of punk and politics of 1980s Sweden. Based on Lukas Moodyson’s cult film of the same name, and Coco Moodysson’s acclaimed comic book Never Goodnight. The stage play has been written by rising North East star Rebecca Glendenning, in what will be their first full length commission. As a play about new talent, it will be led by three North East actors aged under twenty – Bridget Marumo, Bethany Morris and Elena Porter -  in what will be each actors’ professional debut. The cast of six, all from the North East, will all be newcomers to Live Theatre. 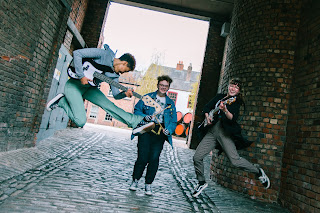 Friday 1 to Sunday 3 July, Live will host a weekend festival titled Make Hope Possible in which artists, writers and thinkers present manifestos that aim to reshape modern Britain. Radical texts by Preti Taneja and Alex Niven among others will be read by very special guests including Charlie Hardwick and film legend Toby Jones. This festival will also mark the residency of acclaimed theatre artist Selina Thompson who will write her new play at Live as well as bringing her provocative installation Race Cards to Live’s studio from 27 June to 10 July. 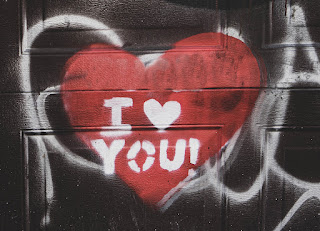 The first in-house production of the autumn is the epic Three Acts Of Love from 29 September to 22 October. This brand-new musical odyssey, brings together three powerfully political and visionary playwrights Laura Lindow,  Vici Wreford-Sinnott and Naomi Obeng to explore and explode this very deepest of human emotions, in an evening of passion and politics told through glorious drama and song. In a bold new step to create greater access, every performance of this new production will be captioned. 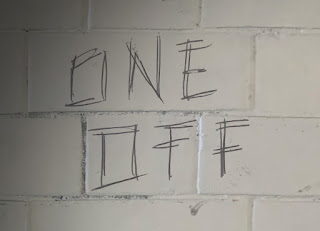 Thursday 10 November marks the arrival of a truly major premiere, One Off by Ric Renton, playing until Saturday 26 November. This co-production with Paines Plough and Synergy Theatre Project will mark the first time that Ric’s astonishing voice has been heard in his hometown. One Off is an autobiographical play about Ric’s five-year long experience as a prisoner in HMP Durham. Rich with emotion and the blackest humour, this urgent piece of new writing, with Ric himself in the cast, will recount how he was saved by creativity and language.

Live Theatre will also be the site for a day-long takeover TUSK X YEAH YOU on Sunday 10 July, marking the first ever collaboration between the two North East institutions.

Christmas 2022 will mark Live Theatre developing its own produced work for children and families, with the delightful Wintry Tales from Sunday 4 to Friday 23 December made in collaboration with playwright Rory Mullarkey and local school children. A chance Christmas encounter is the subject of Live Theatre’s festive production for grown-ups, Wishes On The Wind, from Thursday 8 to Sunday 18 December. This new play with music by Benjamin Storey is a celebration of Northumbrian identity, folk music and family tradition.

Visiting work highlights include: opening Paines Plough’s tour of Amy Trigg’s award winning Reasons You Should(n’t) Love Me from Wednesday 7 to Saturday 10 September; local legends The Lawnmowers presenting their subversive Retake/Remake on Wednesday 29 and Thursday 30 June; Stute Theatre’s family offering Fables From The Kitchen Table on Saturday 30 and Sunday 31 July; The Six Twenty’s cult hit Mixtape on Friday 15 and Saturday 16 July; Forced Entertainment’s first venture to Live with their meditation on the future Tomorrow’s Parties on Tuesday 29 and Wednesday 30 November.

Jack McNamara, Artistic Director said: “What excites me so much about this season is that it is made up of artists who are so genuinely daring and original in what they are doing, and who will create experiences for audiences that will vary wildly from one show to the next. This for me is what a new writing theatre should be; a place that never sits still or falls into traps of expectation. I want people to know that Live Theatre is a place where anything can happen, where any artist can find themselves on our stage, where there is simply no norm. We have a main stage show written by a person who was sitting in a prison cell a few years ago and we have a flagship play lead by three young actors who have never set foot on a professional stage.”

“On a personal level I am particularly excited that there are very few artists this season that I have worked with before.[JK1]  I hope that sends a clear message of openness, that we are here to be enriched and surprised by people from all walks of life, that we want to offer the platform we have here to people who may have thought it wasn’t for them. There is so much risk and so much new ahead of us, it is genuinely thrilling.”

Live Theatre’s season is now on sale with tickets ranging from FREE to £28 and there are a number of socially distanced performances scheduled for Live Theatre productions. For more information on the full line up and to book tickets for a great night of theatre, go to: www.live.org.uk