Preview: Whale of a Time at Newcastle Alphabetti

Whale of a Time 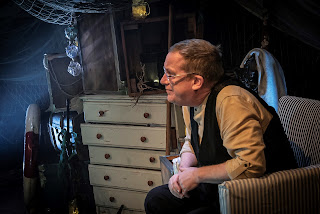 Peachplant Productions and Alphabetti Theatre are co-producing the World premiere of Whale of a Time by Lucy Curry & Carl Wylie, directed by Paula Penman.

A play about two men in a whale. But why?

Set inside the belly of a whale, we meet Albert, a man in his fifties who has been here for half of his life. Why is he inside of a whale? He has no idea, but after 25 years, he’s pretty much accepted it, it’s home. In washes Robbie, in his twenties and full of beans. 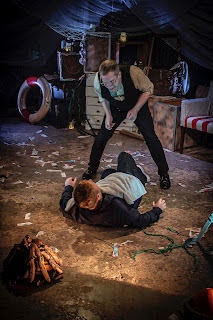 They’re an unlikely pairing but we follow their meeting as it turns into friendship.

Conversations about life events that Albert had no idea about. What’s Google? Who’s Raoul Moat? And what the hell is a vegan sausage roll? 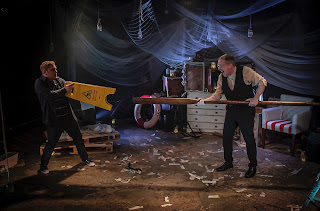 Albert has always wanted to get back home to his wife but the only way back is through the blowhole of the whale and it seems like an impossible task. Could Robbie be the solution Albert has been waiting for all these years? And more importantly, why are they here in the first place? Whale Of A Time explores friendship, 'being a man' in different generations and how one person can change the rest of your life. 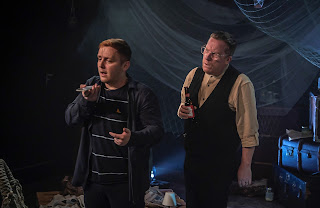 Peachplant are a new company in the North East founded in 2021 made up of Lucy Curry and Carl Wylie. Both started out as actors and have opened new doors along the way such as writing, movement directing and illustration. They’re no strangers to Alphabetti and love the work that Alphabetti does for the people and creatives of Newcastle. Peachplant aim to tell ordinary stories in extraordinary ways. 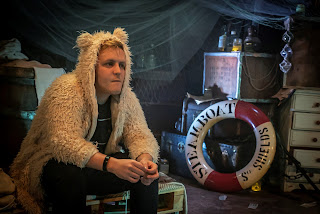 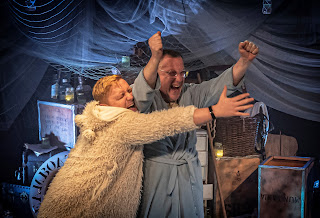 Tickets are Pay What You Feel and are available from www.alphabettitheatre.co.uk/whaleofatime