REVIEW: On Your Feet! at Sunderland Empire

On Your Feet!
The Story Of Emilio And Gloria Estefan
Sunderland Empire
30 September - 5 October 2019

The new musical describing the story behind the rise of Gloria Estefan and the Miami Sound Machine, from the first meeting between Gloria and Emilo in 1975 through to her appearance at the American Music Awards in 1991, appears at the Sunderland Empire this week. 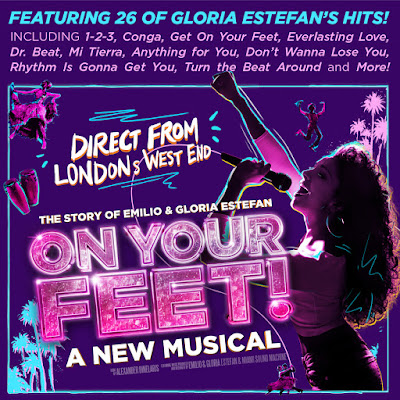 Jukebox musicals tend to either go down the route of either trying to fit a story around the music (We Will Rock You, Our House, Mamma Mia) or try to give the story of the musical act through their music (Jersey Boys, Buddy, Thriller). On Your Feet has gone through the latter route. Unlike some musicals through, this Alexander Dinelaris script sticks to story-telling throughout the 2 ½ hour (including interval) show. It doesn’t give up in the second act and descend into a tribute show. Having said that: most of the live band under musical director Danny Belton are on stage from time to time and there is a substantial “mega-mix” at the end that got the Empire got up on their feet. 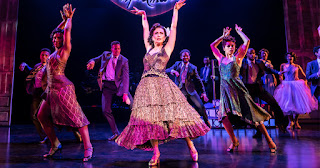 I was not that familiar with the story before seeing the show and my memory of the music was just what I saw on Top of the Pops and on MTV at the time. Having said that, this story is easy to follow and covers a number of interesting issues. The original Miami Sound Machine were having hits playing its Latin style in South America but the band found resistance from the label when they wanted to crossover into English language dance music. Elements of racism and attitudes to immigration are hinted out but not rammed home. 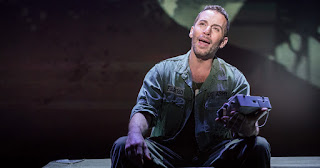 The story is much more about people and relationships. Opening with the touring family trying to persuade their son to get back on the tour bus to do his homework, it looks at the make up of Gloria’s family and upbringing. The dilemma of making the decision to leave Cuba and to leave members of family behind is examined a couple of times. 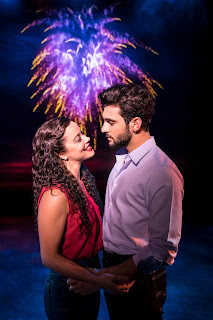 But the two lasting memories of this show are the vibrant choreography by the ensemble, thanks to choreographer Sergio Tujillio, and the wonderful music sequences.   The dancing is delightful and behind the scenes, the ensemble must be doing some very rapid costume changes.

The singing is wonderful to hear. We were not expected to hear over the top shouting or poor phrasing here. Philippa Stefani, as Gloria and George Ioannides, as Emilia tackle the bulk of the songs and to their credit, they take ownership of each number that they tackle.  Additional solos from Madalena Alberto (as Mother Gloria Fajardo) and Elia Lo Tauro (as Jose Fajardo) add to the musical mix. The vocals were enchanting. 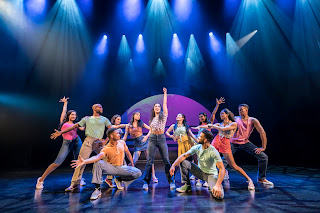 This show will please fans of the music. The hits are there: Get on Your Feet, Conga and 1-2-3. Rhythm Is Gonna Get You puts a brief appearance in the Overture too. There is even a new song written by Gloria Estefan and her daughter Emily called If I Never Got to Tell You which fitted in well. 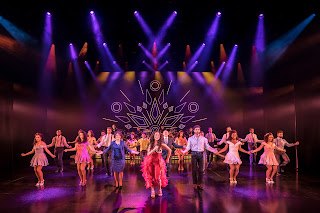 Is the show for non-fans? Well, I wouldn’t describe myself as a fan and I enjoyed it, as did my companion as it is an interesting story in itself but I could imagine there will be limits to the interest of the wider audience. That is the danger of jukebox musicals, I guess.

So we had a fun night at the theatre. Great performances from both singers and dancers alike couple with a story that’s just about interesting enough to warrant being told to make it a decent musical.

Tomorrow? I will be listening to some Gloria Estefan at work. 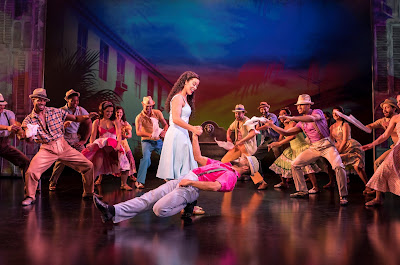