Preview: Lord Of The Flies at Durham Gala Theatre

Lord of the Flies cast share excitement ahead of opening night

Young actors set to captivate audiences in an upcoming stage adaptation of Lord of the Flies have spoken of their excitement at starring in a professional production. 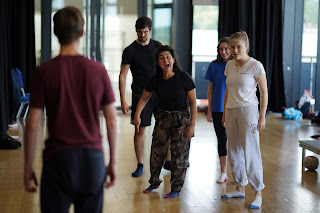 The Gala Theatre has joined forces with Durham University’s Durham Student Theatre for the play which runs from Monday 30 September to Saturday 5 October.

It will see a cast of ten talented young actors take on William Golding’s modern masterpiece, which follows a group of schoolchildren who become stranded on a desert island. At first, they celebrate their new found freedom and set about forging their own society. However, as splinter groups emerge their attempts to govern themselves descend into savagery. 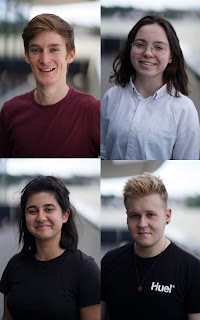 For the show’s stars, Durham University students Cameron Ashplant, Martha Dean, John Broadhead and Layla Chowdhury the project has been a rewarding experience so far.

Nineteen-year-old Cameron, from Guernsey, is portraying the lead character of Ralph, having recently performed in the West End tour of Joseph and the Technicolour Dreamcoat.

Cameron, who is studying human geography and has been acting since he was five, said: “Lord of the Flies is an amazing story with characters of great depth that still retain room for interpretation. Playing around with the characters has made the process extremely enjoyable and I’m excited to star in a show with such an incredible set.”

He added: “I feel lucky to be studying at Durham at a time where theatre collaborations are taking place and I will always appreciate this chance to work in the professional North East theatre scene.”

Martha, from South London, is embarking on her second year at Durham University, where she is studying for a BA in music. The 20-year-old can usually be found playing the trumpet in the university orchestra, big bands and a student funk group called OddSocks. However, she is also a gifted actress and is taking on the role of Simon in the production.

Martha said: “I have thoroughly enjoyed rehearsing for Lord of the Flies in professional workspace and I cannot wait for show week to commence.” 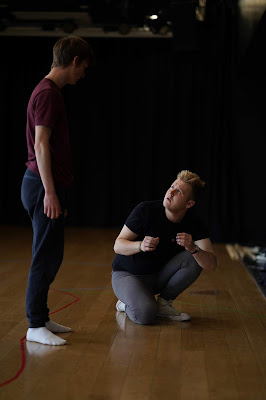 John, from Wakefield, West Yorkshire, is studying computer science but his dream is to become an actor.  The 22-year-old, who is playing Piggy, said: “This is a huge opportunity for me. I’m beyond excited – and fairly nervous – to be able to bring this famous role to life, and to hopefully do justice to one of the most important books published in the last century.”

Twenty-two-year-old Layla, from London, meanwhile, is taking on the role of Jack and is thoroughly enjoying the challenge.  The English and education student said: “I am thrilled to be a part of the Lord of the Flies cast. This is such an exciting opportunity to portray a villainous character, which is something I rarely get to do.”

Robin Byers, Gala Theatre manager, said: “I have been incredibly impressed by the talent and dedication these young actors have demonstrated during the rehearsals. Lord of the Flies looks set to be a powerful and enthralling production and builds upon the Gala’s reputation of producing high quality theatre here in County Durham.”

Tickets:
Performances will take place at 7.30pm each night from Monday 30 September to Saturday 5 October, apart from Wednesday when the show begins at 6pm. There are additional performances at 1pm on Tuesday and Thursday.