“I still believe in spite of everything, that people are really good at heart.”

Few more poignant true stories emerged from World War II than the diary of young Anne Frank, and her words about love, fear and hope come alive once again at the People’s Theatre next week. 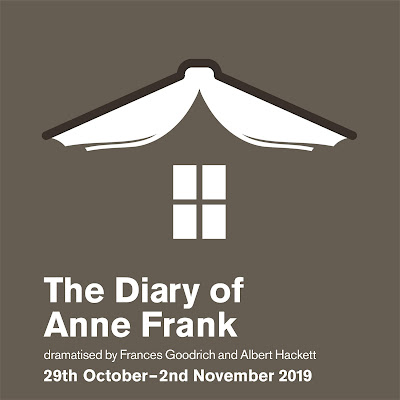 Anne Frank was four years old when Hitler and the Nazis came to power in Germany, and a year later she and her family emigrated to Amsterdam.  In 1941, when Anne was 11, upon the Nazi occupation of the Netherlands, Dutch Jews were immediately confronted with discriminatory measures. The following year, when their emigration plans failed, the Frank family went into hiding from the Gestapo in an Amsterdam warehouse attic. They were joined by the Van Pels family and Fritz Pfeffer.

They hid for 761 days, but the constant secrecy, growing hunger and friction of living in such cramped conditions could not dull Anne’s vibrant personality or her passion for living.  Amidst the despair there is always optimism in her writings, love and even the beginnings of romance, awakening within the heart of an effervescent teenager.

The families were discovered and arrested on 14 August 1944 and put on a transport to Auschwitz. Out of the eight people from the Secret Annex, Anne’s father Otto was the only one to survive the war.  He subsequently received his daughter’s diaries from his secretary Miep Gies. At first Otto could bear to read them, but once he started he was gripped, writing ‘I had no idea of the depths of her thoughts and feelings.’

‘The Diary of A Young Girl’ was first published in English in 1952 and has since been translated into over 60 languages.

This stage adaptation by Frances Goodrich and Albert Hackett premiered on Broadway in 1955 and went on to win the Pulitzer Prize for Drama.

Had she survived, Anne Frank would have turned 90 this year. She lives on in her diaries which continue to uplift and inspire, warn and remind – an important and moving story of humanity struggling to survive in adversity.

Abigail Heaps plays Anne Frank in our production. Abbie was 9 years old when she first read Anne’s diaries and remembers finding the tragedy of her story hard to forget. In fact, so powerful is Anne’s story that Abbie took on the role despite the fact that she is getting married ten days before opening night!  “When I found out that we were doing the play I knew I wouldn’t be able to resist auditioning. I’ve managed to work around rehearsals and I’m lucky to have very supportive family, friends and of course husband-to-be who have helped keep everything on track.”