Nuclear Future
Newcastle Live Theatre
Friday 25th October 2019
From the award-winning Gameshow, Nuclear Future is a shattering new play about the dangerous potential which sits quietly in bunkers across the globe. As the apocalyptic impact of a nuclear disaster regains a foothold in public conversation, this show presents this threat on a more human scale. How do we explain to our children that we use the same energy that created the universe, to rip it apart?

Astrid’s life is like many others. She dresses her child, she spills her coffee, she catches the bus to work. But her work and her PowerPoint slides bring Astrid and the audience into contact with the world’s most dangerous weapons as she assesses the risks and their consequences. In one moment, life can be changed forever. 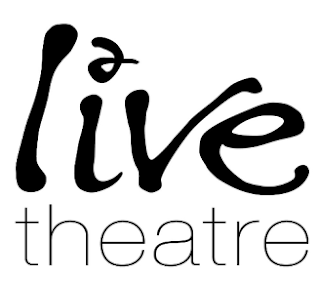 Gameshow has created this show guided by the belief that we must understand nuclear weapons in this human context, as opposed to the current public conversation which holds them as theoretical and distant, a problem on the other side of the globe. As citizens of a nuclear nation, we are responsible for weapons that could change the world more fundamentally than the worst effects of climate change or natural disaster. What happens the next time we launch a nuclear attack? Can we afford to pretend these weapons don’t exist?
Gameshow directors Matt Ryan and Matthew Evans comment, There is a horrific beauty to nuclear weapons because their workings are infinitesimally small but their impact is inconceivably big. We wanted to find a way to explore the everyday human impact of something so enormous we can't bear to think about it. How can we respond to increasingly regular nuclear threats around the world? The show uses an immersive soundscape designed by Dominic Kennedy and Joshua Pharo's experimental video-lighting technique to plunge the audience into the world of our story, using the audience's imagination to create the unimaginable.
Cast and Creatives:
Astrid Leda Douglas
Created by Gameshow
Dramaturg Miles Mantle
Sound Designer Dominic Kennedy
Video Designer Joshua Pharo
Associate Video Designer Ellie Thompson
Tickets:
Nuclear Future appears on Friday 25th October at Newcastle’s Live Theatre at 8 pm - Box Office: 0191 232 1232
https://www.live.org.uk/whats-on/nuclear-future-0
Running Time 1 hour - no interval
On The Web:  @GameshowTheatre #NuclearFuture
Age Guidance 12+ loud noise, flashing lights, threat and horror
Posted by North East Theatre Guide at 19:28