The Elevator Festival returns to the theatre by Newcastle’s Quayside this week. It is featuring both new plays by, and workshops for, rising talent. We had the chance to see a double bill that will be running again during the week: West End Girls and Wank Buddies. 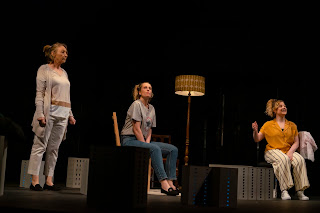 Adam Hughes has written a reflective script about the social housing provision in the west-end of Newcastle. Jumping back and forth we have the social history of the region unpacked through the eyes of 3 strong female characters. The news reel footage at the beginning helped set a context. 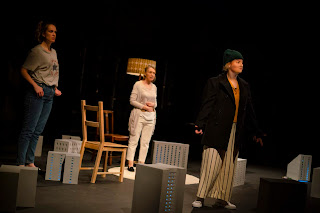 Starting with Anne who moves from the slums to the fifth floor of the Noble Street development. A change from living in a single room to having space and a spare room – not that Anne’s mother is impressed. After all, what is the point of a spare room? 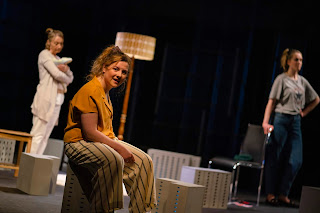 30 years later, Jane moves into the St Cuthbert’s housing scheme with her baby. Run down and isolated from useful facilities like a large shop, it is badly in need of repair but it is a place to call home. Even if the windows are held together by tape and sometimes it is safer to use a longer route home – at least the place gives Jane a chance to start again. 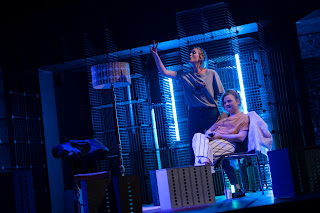 Another 3 decades later, young Charlie returns from university with her partner to set up home in the Byker Wall development. Rat Boy has long gone and the site is now picking up awards for its professional occupants. 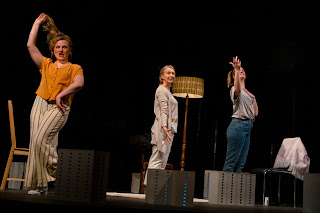 Through use of clear narration it is obvious what is happening to the time line. The 3 actors fill in on other roles such as husbands, partners and neighbours.

Whilst it is looking at a group of people that a Newcastle planning officer referred to as a different species, it isn’t as preachy as it could have been. A nice touch though was using today’s news that “children in social housing blocked from communal playground” to show that there is still a divide.

The actors were believable in their roles and at no point did I feel ‘but they wouldn’t have done that!’ which is to their credit. The ending helped make the production feel worthwhile. 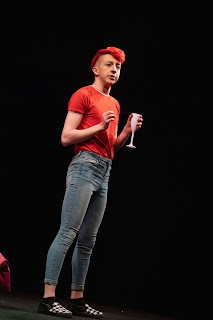 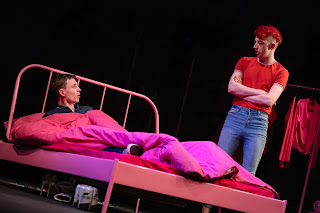 After the interval the pace changes completely as two lads find themselves sharing a bed, in a very pink room, after a party. It is the end of term and two very different lads enjoy the evening in their own way. The straight one is in the kitchen minding his own business. The gay one is enjoying the opportunity to dance to Britney Spear’s Toxic. 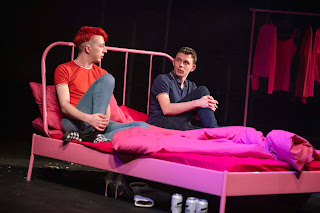 They go looking for somewhere to sleep and find themselves in the same room. They were aware of each other but this becomes a first time for a proper dialogue – though that comes after some battling with the sleeping arrangements. 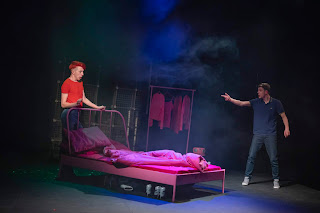 This is frequently delightfully funny. The audience gets a chance to laugh at the absurdity of human relationships and some crazy choreography. The time really did fly by in the company of 2 contrasting characters. A very odd couple given lots of energy by the 2 actors. 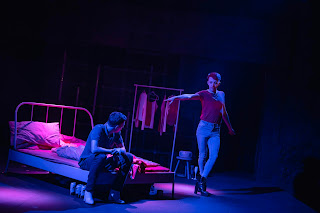 Yes there was some socio-political elements: homophobia being an obvious one – but the messages were massaged into a funny series of events. The two lads get to know each other in a physical show that, despite the title, is a lot less shocking than I was expecting. This is a fun piece that has potential for further adaptation. 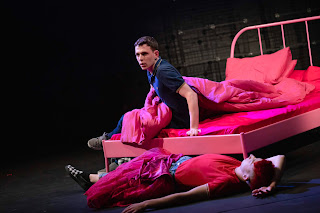 So, two very different hour-long plays. Both had a message but they didn’t forget to tell a story too. A great show by cast and creatives alike.

Tickets:
Tickets for plays in Elevator Festival cost between £8 and £10, with concessions £8 and £6. Discussions are £3. Live Theatre has extended availability of its concession priced tickets to include all young people aged 25 and under, proof of age is needed when booking or collecting tickets.
To book tickets and to find out more contact Live Theatre’s box office on (0191) 232 1232 orvisit www.live.org.uk/elevator.